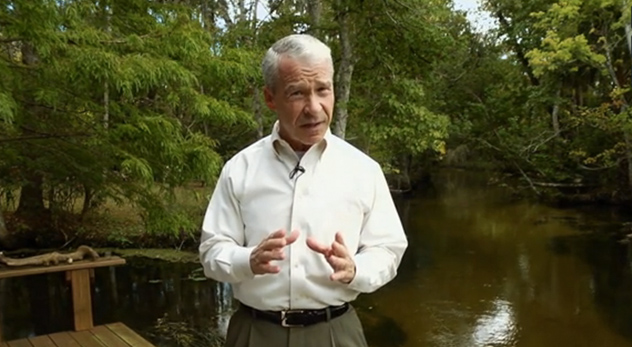 Evangelical mega-church pastor Joel Hunter has never been afraid of controversy. He's taken bold positions on a range of topics throughout the years and has been attacked by some for serving as a spiritual advisor to President Obama. But as he and his media team release a new documentary urging Christians to care for creation, they seek to sidestep the scandal and opt instead for inspiration.

The film is titled "Our Father's World" and features a wide range of evangelical influencers including, Tony Campolo, Bill and Lynne Hybels, Matthew Sleeth, and Mark Liederbach, a Southern Baptist seminary professor. The video was carefully developed over several years, and you'll notice that a younger version of me and my father, James Merritt, even make a couple of appearances throughout. At the time, I had just released my own book on the matter--Green Like God: Unlocking the Divine Plan for Our Planet.

But the sweeping array of voices featured is not the only attempt to unify. The film takes particular care to avoid more divisive topics, such as climate change. Instead, the film makes the case for Christians to reengage an issue that, according to the Bible, is their God-given responsibility.

"One of the things that evangelicals are very afraid of, and legitimately so, is that in our reticence, we have allowed the New Age movement to hijack the environmentalist movement and make it their own. The result is that the minute we start talking about environmentalism, evangelicals begin to say, 'Hey you sound like a New Ager,'" Tony Campolo says in the film. "The fact that the New Age people have committed themselves to some thing that really belongs to the church does not mean that the church should not be involved in this."

The full documentary is available for viewing on Vimeo: