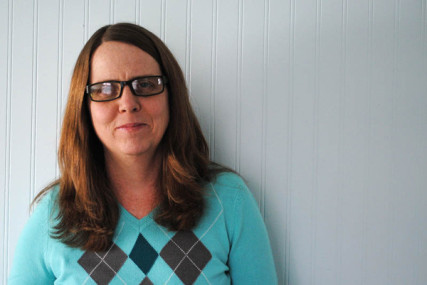 Turn away from her mother like the rest of her congregation, or be exterminated by God at Armageddon — which could come any moment — with no hope of resurrection.

Wanjico, of Casa Grande, Ariz., was 17 years old when she chose to go with the congregation and shun her mom. Looking back now, at age 49, she says it was the most devastating thing she’s ever done.

After earning a Master of Divinity degree and working several years as an advocate for victims of sexual abuse, Wanjico can talk about what happened to her: She was spiritually abused.

“We would say it’s rampant throughout the U.S.,” he said.

Spiritual abuse, Wanjico explained, is when authoritarian religious groups use power and control to instill fear and guilt into worshippers, manipulating them to behave a certain way.

Similar to domestic abuse, if victims don’t deal with the trauma, Wanjico said, it can damage one’s mental health, relationships and worldview.

That’s why she’s created “Recovery from Spiritual Abuse: From Hurt to Healing,” a daylong workshop designed to help people understand the dynamics of spiritual abuse and how to move toward healing and forgiveness. She’s hosted the workshop in Montana and will hold an upcoming session here.

“I think one of the realities is that we don’t have ways in our culture to deal with toxic spiritual stuff and because of that, pain is allowed to maintain for far too long,” said the Rev. Paul Rodkey of Bethany Presbyterian Church in Spokane.

“In my career I don’t know how many hundreds of people have come in who have been deeply wounded by the Christian church, usually by the narrow-minded, judgmentalness of it. … It’s like domestic violence abusers, same dynamic: ‘I love you, but I’ve got to beat you.’ The theology of oppression is somehow an example of Jesus? Really?”

He said gays and lesbians are easy targets for spiritual abusers, but just about anyone can become a victim.

Evans has studied spiritual abuse extensively, particularly in cults. He said false healings are a common form, where people believe they will be healed, sometimes even give money, and then are told they have a secret sin or don’t have enough faith.

He’s seen people escape, but to some, the consideration of a change is more frightening than remaining in the uncomfortable situation.

Wanjico said when people are kicked out of the faith communities because they disobey or if they leave on their own will, they re-enter the world lost.

“They’re outside of the group now, so there’s a good chance of depression, suicide, anxiety disorders, post-traumatic stress disorder, suicide; some pretty serious things can occur,” she said. “They’re very suspicious of trying to make friendships. … How do you define yourself if you’re no longer a member of XYZ?”

When Wanjico left her faith community at age 27, she wasn’t sure how to find a new community because she was told everyone outside her group was worldly. “They’re fornicators. They’re drug addicts. So who do I hang out with? What do I do?”

Evans said healing can come through frank discussions. “Oftentimes, victims are relieved just by talking … and finding they are not alone.”

Wanjico is creating a parallel workshop for professionals and family members designed to help them understand and provide support for those who have left or been expelled from spiritually abusive faith groups.

(Tracy Simmons is the editor of Spokane Faith & Values.) 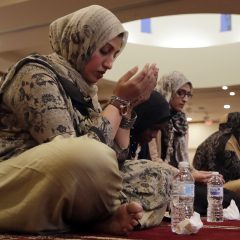 News
‘A long time coming’: These Muslims are bringing sex abuse by sheikhs out of the shadows
Follow us on Facebook!
Submit your photos to RNS