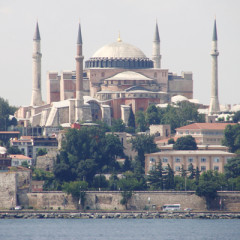 Earlier this year, the Turkish Cultural Community of Austria criticized the Danish toy company, saying the Jabba’s Palace set was insensitive because of its similarity to Muslim mosques.

“The terrorist Jabba the Hutt likes to smoke a hookah and have his victims killed,” said the statement, reported by the Austrian Times. “It is clear that the ugly figure of Jabba and the whole scene smacks of racial prejudice and vulgar insinuations against Asians and Orientals as people with deceitful and criminal personalities.”

In the “Star Wars” film series, Jabba is a giant, slug-like crime lord whose palace was regularly filled with unsavory characters.

The Turkish group said the toy set resembles Istanbul’s renowned Hagia Sophia (a church-turned-mosque that’s now a museum) and the Jami al-Kabir mosque in Beirut. Part of the set, they continued, looks like a minaret. 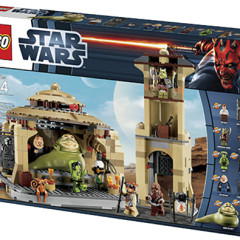 Lego responded in statement that its product “does not reflect any non-fictional buildings, people, or the mentioned mosque.”

“All Lego Star Wars products are based on the movies of the Star Wars saga created by Lucasfilm. Jabba’s Palace appears in Star Wars Episode VI and appears in a famous scene on the planet Tatooine. The building is the palace of Jabba – a fictional movie character,” read the statement.

Akbar Ahmed, the Ibn Khaldun Chair of Islamic Studies at American University, said that while Islamophobia is a real concern, there’s no need to get very upset about the Jabba toy. “I think the group is making a bigger deal of this than it is,” he said.

Lego said it will be pulling the Jabba’s Palace set off of shelves at the end of the year, but not because some considered it offensive.

“The Lego Star Wars product Jabba’s Palace 9516 was planned from the beginning to be in the assortment only until the end of 2013 as new exciting models from the Star Wars universe will follow,” the statement read.