(RNS) As we go through life, most of us manage to acquire some small measure of expertise about daily living. In general, the more times we’ve had to undertake a task, the better we get at it.

Yet in this one area, we are all fumbling newbies, approaching every funeral as if it were our first. We think about what we could possibly say at the funeral home, or what we’ll write on the Facebook tribute page — and words fail us.

I’ve gradually learned to fight the urge to try to make those in pain feel better.

This is hard, because for some odd reason, it is human nature to want to provide the magic words that will do the trick.

Often, however, those are the very words that end up failing. For every bit of consolation offered, the griever’s mind imagines a quick retort:

“Thank goodness it was quick.” (“But that meant we had no warning!”)

Expressions of religious faith work only if you happen to share the spiritual outlook of the person you’re trying to console. Otherwise, they can miss the mark.

I know a man who suffered a horrible loss — a loss so heartbreaking he said that when people spotted him in the grocery store, they would do a sudden U-turn with their shopping carts to avoid crossing his path.

He saw them, but they pretended they hadn’t seen him. Petrified of saying the wrong thing, they scurried away so they wouldn’t have to say anything.

About a year after his loss, I asked him if anything that anyone said had helped. He didn’t even need to think before answering.

Even if the words were empty, or wrong, or clueless, he said, it meant the world they’d cared enough to take a stab at it. They didn’t turn their shopping carts around and skedaddle.

Yoda famously told Luke Skywalker, “Do, or do not. There is no try.” When it comes to condolences, however, that saying should be turned on its head: “There is no succeeding; there is only trying.”

We must accept we’ll most likely say the wrong thing — but say something we must.

So where does this leave us? No better informed than before, fumbling newbies approaching every funeral as if it were our first.

(Kathleen O’Brien writes for The Star-Ledger.) 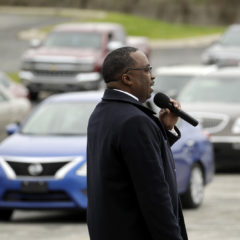 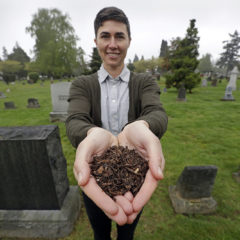 News
In California, residents may be able to compost their bodies after death 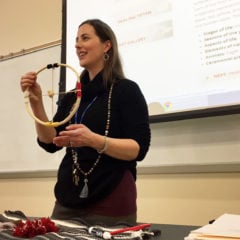 News
J. Dana Trent is on a mission to discuss death with the post-Millennial generation