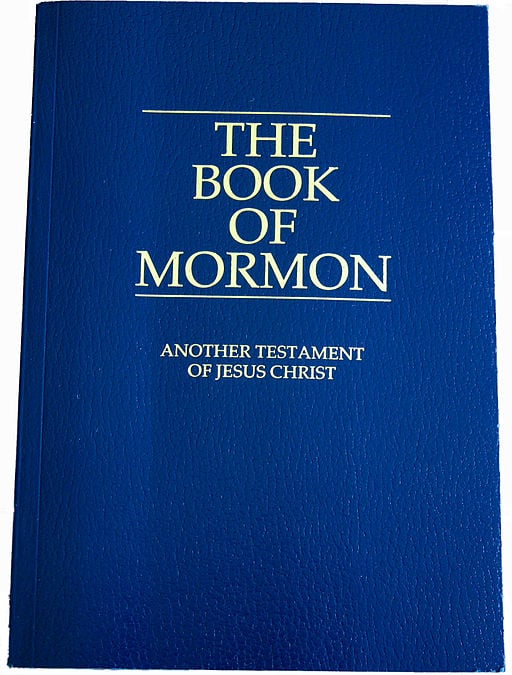 Book of Mormon photo by Ricardo630, cover by The Church of Jesus Christ of Latter-day Saints - Public via Wikimedia Commons
June 26, 2013
Jana Riess

When I started reading the Book of Mormon, I had a hard time relating to Nephi. As the opening character—and crucial first narrator—in the Book of Mormon, he comes across as somewhat self-important. He caricatures his older brothers, the comical complainers Laman and Lemuel, who almost never appear as individual characters in his narrative. He never tells us much about the family he created on his own as an adult, but knowing that he had sons and yet chose to pass the records to his nephew instead indicates that there’s a shadow story there. 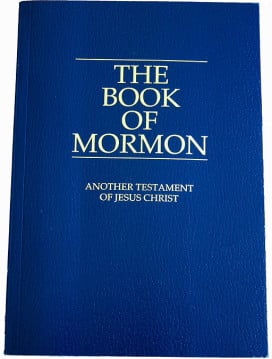 Book of Mormon photo by Ricardo630, cover by The Church of Jesus Christ of Latter-day Saints - Public Domain via Wikimedia Commons

Upon my early readings, Nephi seemed to me preoccupied with his place in history. Did that remoteness stem from his role as a prophet? Sure. Fine. Did it make him easy to understand or like? Not to me.

Maybe such aloof greatness lies in the name. In Genesis 6, one of the strangest chapters of the Bible, the Sons of God come to the daughters of men and sire half-angels called Nephilim. It is a peculiar story; the role of the Nephilim is never explained, and the word does not come up again until the book of Numbers when it’s used to describe some daunting giants who already inhabit the Promised Land. These giants must be defeated. They are immediately perceived by insecure, fledgling Israel as a threat.

With an etymology like this, perhaps it’s not hard to understand why the character of Nephi seems so removed from the daily round of the human experience. The text intends, from the opening words of “I, Nephi,” to cast him in the role of benevolent giant—half-angel, half-superman. When the Israelite spies first glimpse the Nephilim in Numbers, they feel like grasshoppers in the giants’ sight. When I first met Nephi in the Book of Mormon, I saw him as the perfect son, the one who got straight As and anchored the basketball team and made Eagle Scout. He even admitted to admiring his parents. Sheesh.

It was years later when my opinion began to change. I was involved in an annual discussion group about the Book of Mormon, where scholars presented papers about the text, its interpretation, and its cultural history. Some of the papers were fascinating, but it’s the discussions I remember fondly. The comment that most blew me away was when Grant Hardy discussed the context for the Psalm of Nephi (2 Ne. 4) and cast him as a tragic figure.

Nephi had been privileged to look into the future—how many of us have not wished for that, to see how the story will end?—but such foreknowledge was a curse when he saw that his brothers’ descendants would be the ruin of his own people. Bearing that knowledge, he still had to live in the world, to love and work and raise children, to try to preserve the record of his people. And he had to engage in the uphill theological battle of trying to understand how a loving God would let the coming destruction happen.

In that context, the Psalm of Nephi becomes hard-hittingly personal. Why, Nephi asks, should his heart weep, his soul linger in sorrow, his flesh waste away, and his strength slacken when he knows he has seen great things and experienced God’s mercy?

Why, indeed? Suddenly, I could begin to relate.

Several years ago, Grant Hardy published some of his thoughts about Nephi and other characters in Understanding the Book of Mormon: A Reader’s Guide, which in my opinion is the best book yet written on the Book of Mormon. As Hardy masterfully pried Nephi’s character from between the lines of the reticent text, I began to give Nephi a second chance. His failures, not his many successes, won my heart. As Hardy points out, “Nephi’s life was one of general disappointment” (p. 70). In fact, the self-importance that I once found so grating about Nephi’s account now seems to me a very human attempt to make sense of that overall disappointment. As Hardy puts it, “Through his literary efforts, his failures among his own family would be redeemed by the lasting impact of his book, and his life would be justified” (p. 75).

This is the Nephi I have come to respect, even to enjoy: the one whose spiritual insights were not facile but hard-won, the products of pain. That, to me, is what places him among the Nephilim.