CANTERBURY, England (RNS) When it comes to donating to charity, Britain’s small but fast-growing Muslim community comes out ahead of other religious groups, a recent survey shows. 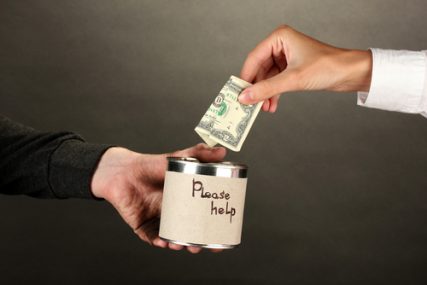 The survey, conducted on behalf of JustGiving, an online giving platform, also found a 70 percent rise in giving over the past two years from among Muslims to the charity-giving site.

“Our data shows many of Britain’s Muslim communities are at the forefront of digital giving, driving an increase in zakat donations,” said Zarine Kharas, JustGiving’s CEO.

Zakat is the Muslim practice of donating to charity to help the poor. It is one of the five pillars of Islam, and donations typically rise during Ramadan when giving fulfills a religious obligation.

The donations went to various Islamic-oriented charities, including Muslim Aid, Islamic Relief and the Zakat Trust. Muslims also donate to individual mosques and earmark sums of money to non-Islamic causes. In 2010, Muslims in Manchester donated $79,831 to develop a United Reformed Church building in a rundown part of the city.

The ICM survey showed that Muslims say they donate about $567 per person per year, with Jews (also numbering around 280,000 in the U.K.) in second place, with $412 per person annually.  Christians gave considerably less – just over $300 per person, and atheists were at the bottom of the list, with $177 donated.

The ICM survey asked 4,036 people —  “How much, if at all, did you donate to charities last year?” Respondents were asked to exclude buying items from charity stores (such as OXFAM, the Red Cross, Save the Children) or sponsoring a charity event.

These findings follow a recent Pew Research Center poll of more than 38,000 Muslims in 39 countries that found that 77 percent said they donated regularly to charities.

“The supposedly conservative Muslim community is very much getting on board with new and improved ways to fundraise,” said Khara. “To keep up with their congregations, imams should think beyond the collection plate when it comes to fundraising, as today people want the ability to respond immediately to need in a world which is increasingly cashless.”

JustGiving was launched in 2001. It exists by charging charities a small fee on donations and reinvesting surplus cash into developing technology to make giving to charity easier.