VATICAN CITY (RNS) A prominent Italian Jesuit who is an outspoken supporter of the uprising against Syrian President Bashar al-Assad went missing in Syria Monday (July 29), fueling speculation that he has been kidnapped by an Islamist group. 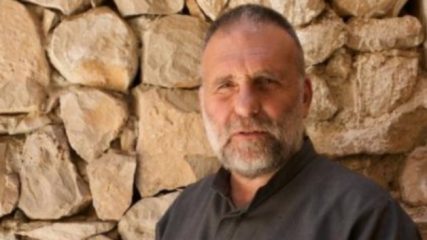 The Rev. Paolo Dall’Oglio, a prominent Italian Jesuit who is an outspoken supporter of the uprising against Syrian President Bashar al-Assad has gone missing in Syria on Monday (July 29), fueling speculations that he has been kidnapped by an Islamist group. Photo courtesy Paolo Dall’Oglio’s Facebook page

The Rev. Paolo Dall’Oglio, 58, lived for three decades in Syria, where he established an ecumenical community at Mar Musa on the site of an early Christian monastery, engaging in interfaith dialogue with Muslims and forging close ties with the local population.

He was expelled in 2012 by the Assad government for his support of the rebels.

The Reuters news agency reported late on Monday that Dall’Oglio was abducted in the eastern city of Raqqa by members of the Islamic State of Iraq and the Levant, an Islamist group with ties to al-Qaida.

But according to a close friend and collaborator of Dall’Oglio in Rome, the priest could have gone off the grid as he tried to secure the release of one or more hostages kidnapped by the Islamist group.

He had traveled to rebel-controlled areas of Syria several times in recent months.

The friend, who who asked to be quoted by his first name Riccardo because he is a Syrian national and has relatives and friends in Syria, said he received his last email from Dall’Oglio on July 26.

“Tomorrow, that is in two hours, I will leave from here and enter Syria for a difficult mediation … pray for me,” the priest wrote from Gaziantep, Turkey.

On Wednesday, both the Italian Ministry of Foreign Affairs and the Vatican couldn’t confirm that Dall’Oglio had been kidnapped, saying that the situation is unclear and that no firm leads have been established yet.

The Vatican ambassador to Syria, Archbishop Mario Zenari, told the AsiaNews news agency that he was “surprised” by the kidnapping reports. “He is well known there and he is quite respected in the rebel areas,” he said.

Dall’Oglio’s story highlights the difficult situation of Syria’s Christian minority, caught in the three-year-old conflict between the Sunni-led uprising and the regime of Assad, a member of the minority Alawite faith with links to Shiite Islam.

Some Christians, though initially supportive of the rebellion, have increasingly become targets of Islamist groups in recent months, as the fighting intensified and the conflict became more polarized along sectarian and religious lines.

Most of Syria’s Christian leaders have taken a more cautious stance and have voiced support for the Assad regime. As an outspoken supporter of the uprising, Dall’Oglio stood out.

At a Mass in Rome with fellow Jesuits on Wednesday, Pope Francis voiced concern for Dall’Oglio’s fate, and linked him to other Jesuits who have suffered “insults, contempt and poverty” for their mission.