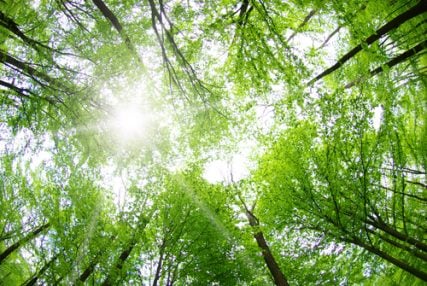 Last week, I posted a book review of Lynn Wilder’s Unveiling Grace, a memoir of the several decades she spent as a Latter-day Saint and why she and her family decided to leave Mormonism. From the first comment forward, it was not the blog post or even the memoir on trial, but the Mormon religion itself. Once that inaugural commenter threw down her gauntlet (“Mormonism is not a Christian denomination”), the pugilists were off, both Mormon and non-Mormon, duking it out over the veracity of Mormonism’s truth claims.

So very predictable, so very tiring, so very unchristian. We’ve been through this so many times before, even here on this blog. Both sides are convinced that if they can only marshal the most correct arguments and get all their theological ducks in a row, they will come out on top, vanquishing their opponents in a blaze of orthodox glory. I am as ever amazed by the discussants’ energy, however misdirected that energy is in the building of God’s kingdom. I am also impressed by their apparent optimism in imagining — over and over, imagining — that mere words are so powerful as to transform firmly entrenched opinions.

Words aren’t. They never have been. But love is, and so are stories. 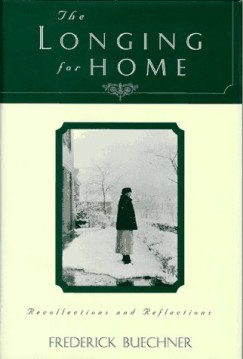 This morning I was reading Frederick Buechner’s gorgeous book The Longing for Home: Reflections at Midlife (on sale right now on the Kindle for just 99 cents). I picked it up because I wanted to add a sidebar to The Twible on the emotional gut punch that was the Babylonian exile. My plan today was to quickly mine the book for something useful that I could quote for that section. But as always, I got sucked in to the rhythm of Buechner’s unique blend of divine mystery and everyday human brokenness. And along the way, I found a story that struck me as “a way in” to the Mormon-evangelical divide about grace. It’s not an answer, or even an explanation; it is not going to change anyone’s mind; it is a story that offers illumination on an excessively complex question that we so desperately want to pare down to size.

Here Buechner is reflecting on Dosotevsky’s The Brothers Karamazov, and recounting how the character of Zossima, long ago, had allowed his foolish pride to lead him to challenging another man in a duel. The night before the duel, filled with rage, he assaulted his servant, Afanasy. The following morning, just as he was heading to the duel, Zossima was filled with remorse for the way he had treated his suffering servant, and threw himself down on his knees to apologize for his behavior. Then he departed and cheerfully, intentionally, lost the duel, apologizing to his opponent and thereby shaming his regiment.

In The Longing for Home Buechner ponders why Zossima had this overnight transformation, and puts it down to an ineffable combination of God’s grace and the character’s own endeavors. “Insofar as wholeness can be ours at all, is it ours by working for it or is it ours by grace?” he asks. “The answer, Dostoevsky suggests, is that it is both, that wholeness involves the same mysterious partnership of the human and the divine that Saint Paul points to when he writes to the Ephesians, ‘By grace you have been saved, through faith’ (Eph. 2:8).”

The beauty Zossima had glimpsed in the world when he woke up that day called his attention to the unloveliness that snarled just inside of him, and he determined to do something about it. God’s grace had issued an invitation to change.

It is a call that rises out of the holiest part of who he is. To answer that call is the human part of it, the part that Zossima himself must play. It is by no means a painless part. . . .

The part he has to play, in other words, is not to kill his enemy but to kill everything that is broken and old in himself so that something whole and new can be born. Then as that newness starts coming to birth, he sees that the distinctions he has always made between enemies and friends, like the distinction between officers like him and peasants like Afanasy, are as absurd as everything he has always believed about honor and pride and the military code. “Nature is beautiful and sinless, and we, only we, are sinful and foolish, and we don’t understand that life is heaven,” he cries out. “We have only to understand that and it will at once be fulfilled in all its beauty, and we shall embrace one another and weep.” Zossima does not become a whole human being all in an instant, as the novel goes on to show. There is a long journey ahead of him still, as there is a long journey ahead of all of us still. But the grace of God, which reaches him through his vision of the beautiful day, opens not just his eyes to see that life is heaven but opens his heart where heaven has dwelled all along.

There is much to learn from this story, and I’m not going to insult readers’ intelligence by spelling it out. Perhaps, though, Mormons and evangelicals could all commit to cultivating greater concern for being loving and less concern for being right.