A portion of the LDS Church's official stance on racism and the former priesthood ban.
December 9, 2013
Jana Riess

The LDS Church has just published a groundbreaking official statement on the history of a pre-1978 ban that prohibited men of African ancestry from holding the priesthood.

There is much to applaud here. In contrast to fuzzy earlier statements from the 1980s, 1990s, and 2000s, which asked people to forget about the past and simply focus on Mormonism’s racially integrated present, the new statement takes it for granted that history is important and that it continues to affect the present day.

People can’t simply ignore Mormonism’s racist past if no one in authority has ever refuted it. Firmly—finally!—the Church has done so. The racist justifications that some people have relied upon for decades in excusing the former priesthood ban have been officially anathematized:

“Today, the Church disavows the theories advanced in the past that black skin is a sign of divine disfavor or curse, or that it reflects actions in a premortal life; that mixed-race marriages are a sin; or that blacks or people of any other race or ethnicity are inferior in any way to anyone else. Church leaders today unequivocally condemn all racism, past and present, in any form.”

Let me say it again: Thank God. I hope this statement will lay to rest forever any justifications for the racism that has been a blight on our religion.

On the other hand, we’re still not quite there yet. I’m sorry that I’m not able to offer up an entirely unqualified endorsement of this new statement. There is much to be grateful for: a nuanced history of Mormon racism within the larger context of nineteenth-century American racism; a robust and specific denunciation of several damaging teachings from the past; and a theological affirmation that all are alike unto God, who “denieth none that cometh unto him” (2 Nephi 26:33).

[tweetable]What is not there, not anywhere in the document, is an apology.[/tweetable] 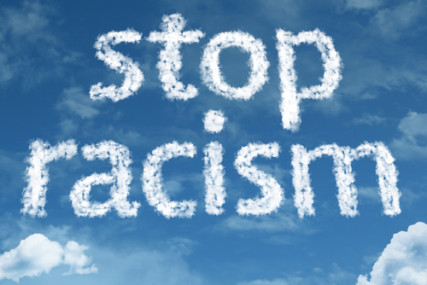 It’s good to put racism in historical context, and I’m glad to see that context here. But if that’s all we do, we deny the agency of the historical actors in question. A suggestion that “mistakes were made, but we were only following cues from the broader culture” will only take us so far in a religious tradition whose rock-solid fundamental is that we are responsible for our own sins, and not for other people’s transgressions.

[tweetable]We Mormons harmed people, systematically diminishing their creation as image-bearers of God.[/tweetable] Over and over again, we harmed people. And then we fabricated sick theological pretexts to justify that wholly unchristian diminishment.

So while it’s hugely important that the Church has drawn a line in the sand to prevent that from ever happening again, it has yet to openly confess its sin. This is the same church that has taught me what to do when I sin—not just own up to what I’ve done but apologize to those I have wronged. As Marlin Jensen put it, humility “carries the transgressor to God in prayer, to the offended party in apology, and where necessary, to his priesthood leader in confession.”

Is it so different when the offending party is an institution rather than an individual?

The Lord gives two overarching requirements: “By this ye may know if a man repenteth of his sins—behold, he will confess them and forsake them” (D&C 58:43).

Confessing and forsaking are powerful concepts. They are much more than a casual “I admit it; I’m sorry.” Confession is a deep, sometimes agonizing acknowledgment of error and offense to God and man. Sorrow and regret and bitter tears often accompany one’s confession, especially when his or her actions have been the cause of pain to someone or, worse, have led another into sin. It is this deep distress, this view of things as they really are, that leads one, as Alma, to cry out, “O Jesus, thou Son of God, have mercy on me, who am in the gall of bitterness, and am encircled about by the everlasting chains of death” (Alma 36:18).

Don’t get me wrong; the LDS Church took an enormous step forward with this official statement. Perhaps an official apology will follow.