(RNS) If there is indeed a “War on Christmas,” those on the anti-Christmas side of the war have lost — big time.

As Christmas approaches, tens of thousands of churches around the country are planning Christmas services and expecting packed pews. Their choirs are rehearsing Christmas music; and church members have taken the Nativity scene figures out of storage and put them on church lawns. Children costumed as kings and shepherds are learning to sing “Away in the Manger.”

Christmas cards with manger scenes are speeding around the country through the U.S. Postal Service or in the form of online animated greetings that play “Silent Night” and show the wise men following the star to Bethlehem.

No phalanx of anti-Christmas warriors are marching on those churches. No one is going to jail those choir members (not even the screechy sopranos or the off-key tenors); and no government agency is going to say “Get that manger scene off your lawn! And make that sign read ‘Holiday services’!”

Christians both conservative and liberal used to lament the commercialization of Christmas and the fact that retailers, ad agencies and corporations had hijacked one of the most important Christian festivals in order to make more money. Well, it remains a free country, and we Christians can’t take them to court for doing that.

As a pastor, I often told people that we get to celebrate two Christmas holidays. One is the big-time whoop-de-do holiday of shopping, Santa-at-the-mall, Frosty the Snowman, and television specials where singers in sexy costumes croon “Blue Christmas” before covering up a bit to finish with “O Holy Night.” That Christmas is fun, and — let’s face it — you just can’t avoid it unless you hide in a cave for the months of November and December.

Then we Christians get to celebrate a second kind of Christmas, “our” Christmas. We will go to church. Even those of us who don’t always go to church will go to church. We will sing Christmas carols about Jesus which, we have to admit, may not be appropriate for multireligious public school classrooms. We will stand in front of the manger scenes in our homes and churches and be in awe of their spiritual significance. These displays won’t be cluttered with the figures of Frosty or Rudolph added to the “holiday” display at City Hall so that the scene becomes “cultural” rather than “religious.” 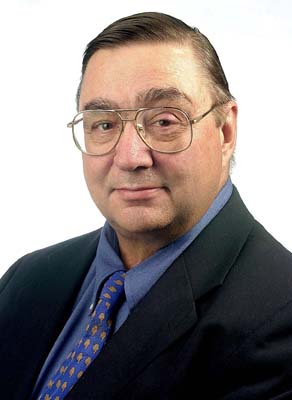 Charles Austin is a retired pastor of the Evangelical Lutheran Church in America and a former religion reporter with Religion News Service, The New York Times, and The Record of Hackensack, N.J. Photo courtesy Charles Austin

In this Christmas — the one that really matters — there is no war on Christmas. This is the Christmas of those who celebrate the birth of Jesus, the Christmas of people of faith, the Christmas that gets along just fine without forcing non-Christian children in public schools to sing carols proclaiming a faith that is not theirs.

There is no war on this Christmas. And for people who want to — in the words of an old slogan — “keep Christ in Christmas,” it is the only Christmas that really matters.

(Charles Austin is a retired pastor of the Evangelical Lutheran Church in America and a former religion reporter with Religion News Service, The New York Times, and The Record of Hackensack, N.J.)