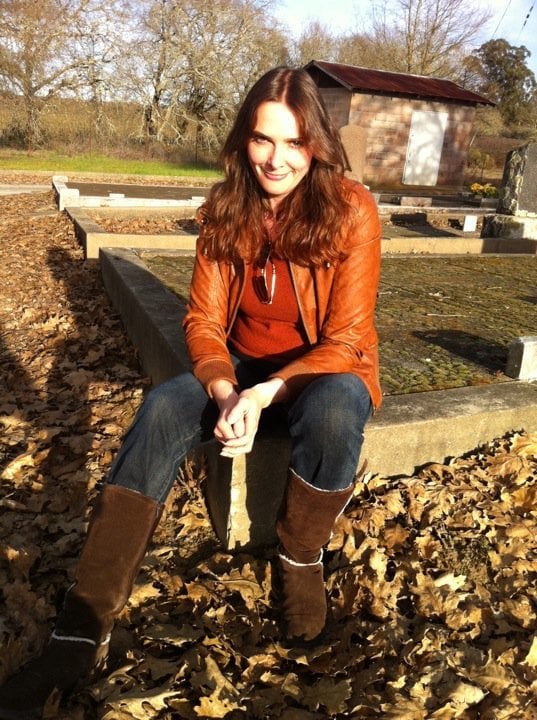 How much do you know about Santeria, Scientology, or Satanism?

If you answered “not much,” you’re far from alone. Studies have shown that a great number of Americans are ignorant about major religions—so it’s no surprise that, when it comes to minority religions, misinformation and stigma are widespread.

Atheist author Dr. Karen Stollznow, a linguist and former researcher at the University of California, Berkeley, wanted to change that. So she traveled across the U.S. to visit and study minority religious communities.

The result: her recent book God Bless America: Strange and Unusual Religious Beliefs and Practices in the United States, which offers an insightful look at minority religious communities in the U.S.

Below, Dr. Stollznow tells me what she learned while writing God Bless America and why she thinks all people, religious and nonreligious alike, need to learn about minority religions.

Chris Stedman: What do you hope that both atheists and theists will gain from reading your book?

Karen Stollznow: I want both atheists and theists to gain a better understanding of these fascinating people and their controversial beliefs and practices. I will add that God Bless America isn’t just a book about religion—it’s also about history, philosophy, culture, and society. Hopefully there is something of interest for many people, regardless of their beliefs.

CS: What was the most eye-opening thing you learned while doing research for this book?

KS: Before I began my research I had a lot of preconceived ideas about these people, based on the way they are portrayed in popular culture. The more I researched them, I was astounded to discover that many of our perceptions of these people are based in misconceptions and prejudice. This book demystifies these people and demolishes many of the stereotypes—but it also confirms a few of them, too!

CS: Why do you think it's important to be educated about different religions? And, in line with your book, why minority religions in particular?

KS: Being educated about other religions is enriching. The point is not to become a convert, but to glean new philosophies from these different worldviews. When you’re socialized into a religion it can be very difficult to think outside of that belief system. Learning about other ideologies, traditions and customs helps us to avoid ethnocentrism—that is, the tendency we have to believe that our own culture, language, way of thinking, or religion is the “superior” or “correct” one, meanwhile condemning others as “inferior,” “wrong” and even “evil.” Minority religions are especially important because so little is known about them, and what we think we know about them is often wrong.

We should also want to know more about them because we come into contact with them. These people have their own communities, but they are also a part of our greater community. You might meet Amish kids buying candy bars in your local grocery store, or that woman buying the cow’s tongue in the supermarket might plan to use it in a Voodoo ritual.

CS: You write that “this book is about participation.” Why do you think it’s valuable to meet people from other communities and observe their practices?

KS: When writing about human beings you don’t want to do so in a detached and clinical way. Religion and culture aren’t topics to be studied in a lab, but out in the field. This kind of cultural immersion turns “subjects” into people, and gives them a voice. I wanted to get to know these people and become a part of their world for a while.

CS:  You also write about finding yourself identifying with various aspects of different religions that you studied for this book, particularly those that "offer profound insights into the human condition." What are some of the personal benefits of studying the teachings of different religions, whether you are religious or not?

KS: Religion is about making meaning of life—and in that pursuit, religions offer insight into the human condition. We may not agree with the origin story of a religion, or its doctrine or rituals, although the humanistic elements will often resonate with us. We’re united in our search for truth and for tools to cope with life and its problems.

Many of these belief systems are not just religions but also lifestyles. Their people are not just congregations but communities. A personal benefit of studying them is to understand these people. I could say it helps to foster tolerance for these religions, but “tolerance” has connotations of “putting up with” something rather than appreciating it. So I’d prefer to say that studying these teachings can help us to develop empathy for these people, which is one of the most important things we can have.

Want to learn more? Visit NonProphet Status to read the rest of our interview.

Related Posts
By David Williams
What the Amish can teach us about surviving apocalyptic times
By Elizabeth E. Evans
Amish farmers have a ‘complicated relationship’ with nature, are skeptical of climate change
By Yonat Shimron
Is the rise of the nones slowing? Scholars say maybe
By fredrick nzwili
Kenyan atheist demands Quakers revoke his membership
By Aysha Khan
Tennessee pastor posts video burning book that critiques Christian nationalism