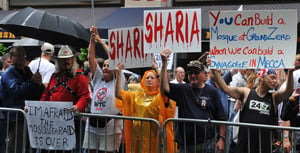 Anti-Shariah demonstrators rally against a proposed mosque near Ground Zero in New York.

For the fourth year running, Florida is trying to outlaw the use of foreign and international law in state courts. Missouri has mounted another attempt to pass an anti-foreign law measure after last year’s effort was vetoed by Gov. Jay Nixon. The bans also have crept farther north, making a debut in Vermont.

These laws, which have passed in seven states, are the brainchild of anti-Muslim activists bent on spreading the illusory fear that Islamic laws and customs (also known as Shariah) are taking over American courts. This fringe movement shifted its focus to all foreign laws after a federal court struck down an Oklahoma ban explicitly targeting Shariah as discriminatory toward Muslims.

But, as explained in a report by New York University’s Brennan Center for Justice, by banning all foreign law, the laws create new problems, particularly for American businesses with commercial relationships overseas. To avoid ensnaring routine international commerce, supporters of foreign law bans have added a confusing array of restrictions and exemptions to ensure that only those who are disfavored are targeted.

And as these restrictions pile up, the bans come full circle and reveal their true purpose: to demonize the Islamic faith.

For decades, American courts have applied foreign law as long as it does not violate U.S. public policy. This approach has worked well: Supporters of the bans have yet to point to a single case where foreign law has been used to violate the rights of Americans. U.S. companies are increasingly involved in cross-border transactions, and sometimes prefer to rely on foreign law because it protects their interests. When disputes arise, they count on the courts to respect their choice and apply the appropriate foreign legal principles.

Responding to concerns that these laws would be bad for business, legislators in several states exempted corporations, which were never the intended targets anyway. But this exemption led to even more questions: What about unincorporated businesses? Sole proprietors? When employees take corporations to court, how will the bans affect the proceedings?

To avoid this new set of problems, many foreign law bans — such as the ban in North Carolina and the bill recently introduced in Florida — are expressly limited to family matters. America is a country of immigrants, and this focus on family disputes affects all of us who have relatives overseas, regardless of their faith. For example, Jewish-American couples who marry in Israel, where such marriages and divorces are governed by rabbinic law, could be in trouble in Florida. The bill pending in Tallahassee may prevent courts from recognizing any marriage license, divorce decree or child custody order issued in Israel.

In Missouri, groups that help childless couples adopt from overseas successfully lobbied Nixon to veto the ban last year. But the response has been characteristically insular. Rather than abandon an unnecessary and potentially hazardous measure, Missouri legislators are pressing on with a ban that targets all family matters — except adoptions. 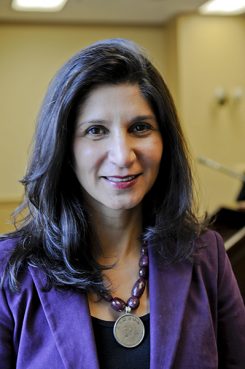 The motives of those pushing for bans on foreign law become clearer with each limitation. It beggars belief that supporters of these bans are genuinely concerned about the purported ills of foreign law when they are so ready to make concessions. Instead, “foreign law” provides a convenient — and increasingly transparent — fig leaf for supporters to stir up misconceptions and fear about Muslims. Although the legislators leading the charge for foreign law bans have not been shy about their agenda, the state legislators who vote for them for other reasons can no longer pretend they don’t understand what these bans are about.

Nor can the federal government. President Obama has recognized the importance of the role played by all faiths in our democracy and has chastised foreign governments for their treatment of minority religious communities. But he has done little to stem this tide of anti-Muslim propaganda disguised as law. It’s time he took a public stance and condemned these moves as divisive to our democracy. 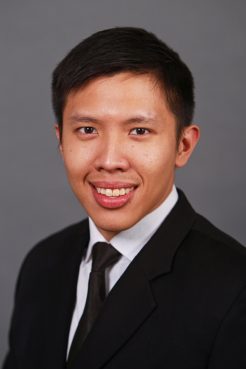 The Department of Justice, too, should drop its passive approach and start examining whether there are federal law grounds for challenging these laws. America’s religious communities should not have to wage this battle alone.

(Faiza Patel is the co-director of the Brennan Center for Justice’s Liberty and National Security Program. Amos Toh is a fellow at the Brennan Center. They are co-authors of “Foreign Law Bans,” a report on the consequences of anti-Shariah law measures.)