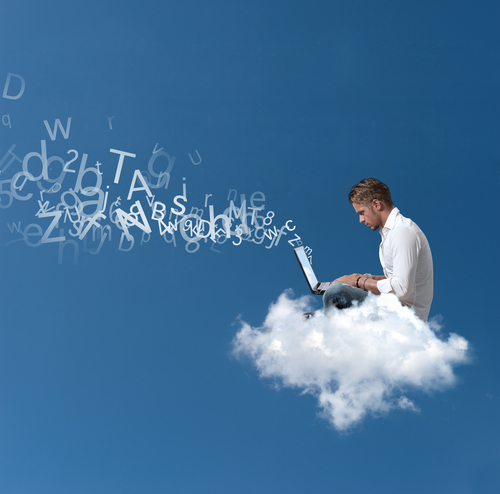 A man working on a computer and sitting on a cloud.
April 10, 2014
Kimberly Winston

(RNS) A new paper draws an intriguing conclusion to a question scholars have wrestled with for several decades: Why are Americans dropping out of church?

One reason? They're logging on to the Internet. 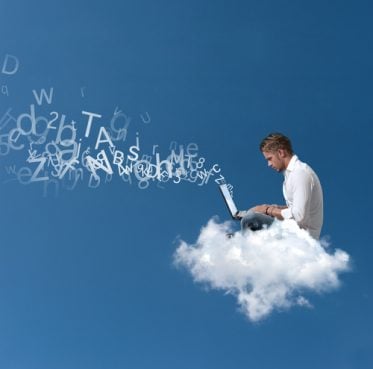 A man working on a computer and sitting on a cloud

Allen Downey, a professor of computer science at Massachusetts’ Olin College of Engineering, found that between 1990 and 2010 the share of Americans claiming no religious affiliation grew from 8 percent to 18 percent while the number of Americans connected to the Internet rose from almost nothing to 80 percent.

Downey cautions -- as do his critics -- that correlation does not equal causation.

But Downey,  whose paper, “Religious affiliation, education and Internet use,” was published late last month at -- where else? -- an online site dedicated to scientific papers, is pretty sure he's onto something.

Examining data from the General Social Survey, an ongoing and multigenerational study of Americans, Downey draws a link between higher levels of education and income and lower levels of religious identification.

His study shows that as Americans reported more Internet use, their religious identification dropped. Those who reported only a few hours of weekly Internet use were 2 percent less likely to claim a religious affiliation than those who use no Internet. And those who use the Internet more than seven hours weekly are even less likely to adhere to a religion -- by an additional 3 percentage points. “That effect turns out to be stronger than a four-year college education, which reduces religious affiliation by about 2 percentage points,” he said.

Other scholars say Downey's finding may be too pat.

Stephen O’Leary, an associate professor at the University of Southern California who studies religion on the Internet,  thinks the situation is more complex and nuanced.

“Let’s call it the influence of the religious marketplace,” O’Leary said. Since the 1960s, with the influx of non-Christian immigrants to the U.S. and the increased mobility of society, Americans’ exposure to a wide range of spiritual, religious and nonreligious ideas has burgeoned.

“Internet use is part of that, but what it really does is magnify to a dramatic level the degree of choices one has,” O’Leary said.

Other forces unrelated to the Internet are at work, too. O’Leary said younger Americans are less likely to trust religious authority in the wake of the Catholic Church child sex abuse scandals.

“That has, more than almost any other thing, alienated a whole generation,” O’Leary said. “And it is not just Catholics. It goes to all religious authority by extension.”

Still, O’Leary cautions that the decline in religious affiliation -- due to the Internet or otherwise -- does not mean an equal rise in atheism.

“They haven’t given up their belief in the supernatural. They just don’t feel they need organizations or institutions to bring it to them,” he said. “And you don’t have to believe in any god to light a candle or hold hands and utter a mantra or chant.”

Downey’s findings dovetail with those of the Pew Research Center’s 2012 look at the “nones,” the terminology for Americans with no religious affiliation. That study found that almost 20 percent of all Americans -- and a third of those under 30 -- are nones.

By examining data from the CIRP Freshman Survey, conducted among first-year college students, Downey discovered that between 1985 and 2013 -- approximately the same amount of time that the GSS measured Internet usage -- the percentage of freshmen who identified as nonreligious tripled, from 8 percent to 25 percent. He predicts on his blog that number will reach almost 26 percent next year -- more than the share of students who identify as Catholic.

“I think this is an underreported story,” Downey said.

Still, Downey is cautious about blaming the Internet, which he figures accounts for only about 20 percent of the overall decline in religious affiliation. An additional 25 percent, he says, can be attributed to fewer people being raised with a religious affiliation, and 5 percent might be due to increases in college education.

“That leaves 50 percent of the decrease unexplained by the factors I was able to include in the study, which raises interesting questions for future research,” he said.

Related Posts
By Thomas Reese
COVID-19 crisis provides opportunities and grace
By Abdou Kattih
In an era of disinformation we have to hold The Tennessean to a higher standard
By Jana Riess
More young adults are leaving religion, but that’s not the whole story, say researchers
By Emily McFarlan Miller
What would Rachel Held Evans do? Late author’s voice lives on through those she championed
By Claire Giangravé
Catholic convert’s book on the Annunciation hopes to help parents inspire faith in Gen Z