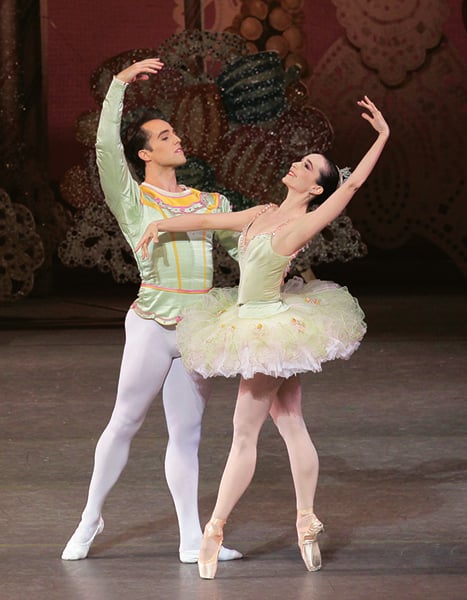 "Dancing Through It" by Jenifer Ringer, a former principal dancer with the New York City Ballet, is about her life at the top of one of the most competitive professions, and how her faith helped her achieve in a world that is not used to artists professing their beliefs. Photo courtesy of Viking

(RNS) After 25 years with the New York City Ballet, Jenifer Ringer retired in February and wrote an unusual memoir for a prima ballerina. "Dancing Through It" is full of passages on faith, scenes from her evangelical childhood and thoughts on believing in God in a world where "dance is god."

"Dancing Through It" is also about a world in which eating disorders ran rampant. Ringer battled anorexia and overeating, ballooning one year to 40 pounds over her dance weight and temporarily losing her job in the company. In 2010, a prominent dance critic wrote after her performance as the Sugar Plum Fairy in "The Nutcracker" that she had eaten "one sugar plum too many," a line that earned Ringer an appearance on Oprah to talk about eating disorders within the ballet world.

Now living in Los Angeles, Ringer and her husband, dancer James Fayette, are opening a pre-professional ballet program at the Colburn School, a downtown arts academy. The aim, she said, is to train ballet dancers within a broader curriculum that includes contemporary dance, music, history and visual arts.

Religion News Service talked to Ringer about the discipline it takes for an artist to look beyond her art. Some answers have been edited for length and clarity.

Q: You quote one Bible verse in your book: 2 Samuel 6:14: "David was dancing before the Lord with all his might." Why do you like it so much? 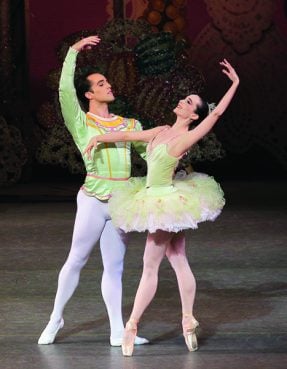 Jenifer Ringer and Jared Angle perform during "The Nutcracker" with the New York City Ballet. Photo courtesy of ©Paul Kolnik

Q: But in the highest levels of professional ballet, as you say in the book, "ballet is god." As a child raised in a family that went to Bible church, what happened to your faith when you moved as a teenager to train in New York?

A: Ballet just consumed me, and I think that's the case for a lot of artists. It's almost like ballet took the place of God in my life. What I looked toward, as I tried to forge my identity, was ballet. That kind of became my god. I allowed God to be displaced in my life and I worshipped other things. I never lost my faith, though. I never disbelieved. But my faith became unimportant, I think, because I didn't have a strong enough personal relationship with God. I had a child's warm, fuzzy faith. It was an immature faith. I had never done any soul searching about my faith.

Q: When you struggled with an eating disorder, some of your mentors said cutting things. Choreographer Jerome Robbins suggested that you "stop eating cheesecake." Do you have a Christian duty to forgive others' dissatisfaction with your body?

A: I certainly went through a period of anger. But it was not healthy for me to hold on to the anger. The healthiest thing for me was to forgive. But there was also so much grace extended to me by so many of those same people. When I think back on it, I think: We live in a broken world and we're all imperfect people. It's better to forgive.

Jenifer Ringer, photographed during her wedding, is a former principal dancer with the New York City Ballet. She has a new book about her life at the top of one of the most competitive professions, and how her faith helped her achieve in a world that is not used to artists professing their beliefs. Photo courtesy of Terry Brown

Q: You have a 6-year-old daughter and a 2-year-old son. Does your daughter take ballet?

A: My daughter right now is doing piano, violin, tap and ballet -- at her request. I'm probably like every other mother who just wants her child to be healthy, happy and to do something she loves. I'm so grateful that I was able to dance. I wouldn't want to deny that to my daughter.

Q: You grew up in Bible churches, attended an Episcopal church in New York and then married a Catholic and joined a Presbyterian church with him. You seem comfortable skipping around. Have you found a church in LA?

A: When I was growing up, we moved a lot, and my family always tried to look for a strong Bible-based church that had good teaching. I still look for that. We have found Grace Pasadena Church. I think it's a Presbyterian church. It's a church plant from our church in New York. I've always considered myself a Protestant. Other than that we just look for a church that fits.