(RNS) The United Church of Christ for the mid-Atlantic region passed a resolution Saturday (June 14) asking its 40,000 members not to buy game tickets or wear any souvenir gear of the Washington NFL club until it changes its embattled team name. 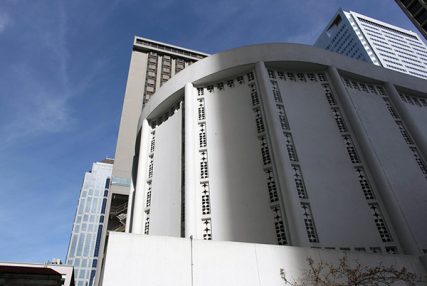 Graylan Hagler, pastor of Seattle’s Plymouth Congregational United Church of Christ, has been speaking out against the use of the Redskins name for more than 20 years.

The resolution, which also calls on the team to change its name and refrain from using American Indian imagery, passed unanimously at the UCC’s Central Atlantic Conference in Dover, Del.

“I hope this debate will continue to draw attention to an unhealed wound in our cultural fabric,” the Rev. John Deckenback, conference minister, said in a statement. “Changing the name of the Washington NFL team will not solve the problems of our country’s many trails of broken promises and discriminatory isolation of our Native American communities. However, a change in the nation’s capital can send a strong message.”

The Washington team did not immediately return a request for comment.

The UCC has nearly 1 million members nationwide and more than 5,100 congregations, including 185 in its mid-Atlantic region of Washington, D.C., Maryland, New Jersey, Delaware and parts of Virginia and West Virginia. The Protestant denomination is headquartered in Cleveland and has been active in protests against the Cleveland Indians’ Chief Wahoo mascot.

Oneida Nation representative Ray Halbritter, the face of a national Change the Mascot campaign, told conference members, according to his prepared remarks: “This is not just a campaign against something. As important, it is also a campaign for something much bigger than an NFL team’s name. It is a campaign for the ideals of mutual respect. It is a campaign for all the children of color in this country who do not deserve to be told by a sports league that they should be denigrated on the basis of their alleged skin color.”

Saturday’s move by the UCC conference comes after other prominent protests against the team name recently, including letters from 50 U.S. senators to NFL commissioner Roger Goodell and a TV ad produced by the National Congress of American Indians that is running during the NBA Finals in selected markets .

“The name used by the Washington NFL team is widely recognized as a racial slur and promotes discrimination against Native Americans,” NCAI executive director Jacqueline Pata said in a statement. “More and more organizations are joining our voices calling on team owner Dan Snyder and the NFL to change the name, and we are proud that the United Church of Christ and its members are standing with us.”

Halbritter, who received an ovation, thanked the conference attendees for their support: “With your help, we cannot only end this ongoing offense against my own heritage, but we can win a major victory for a more inclusive society. This campaign is no longer only about how the use of this term affects Native Americans, it is about what kind of country we all want to live in.”