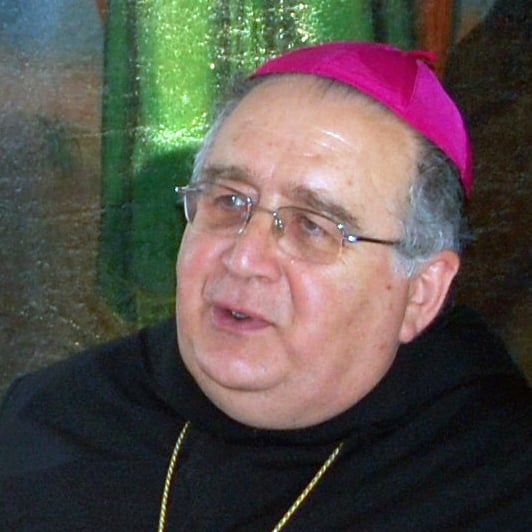 Archbishop Giuseppe Fiorini Morosini proposed banning the naming of godparents for 10 years to halt the spread of the Mafia’s influence.

ROME (RNS) After a pledge by Pope Francis to “excommunicate” mobsters from the Catholic Church, an archbishop in southern Italy has proposed a 10-year ban on naming godparents at baptisms and confirmations as a way to stop the Mafia from spreading its influence.

Monsignor Giuseppe Fiorini Morosini, the archbishop of Reggio Calabria, wrote to Francis some time ago with his suggestion “to prevent the exploitation of the church,” in particular by the powerful Calabrian Mafia known as ’Ndrangheta, and discussed his proposal with the pope at the Vatican last weekend.

Mobsters taking part in the baptisms of newborns as a godfather, or “padrino,” help the mob establish a special bond with future generations of potential criminals.

Morosini said the proposal had occurred to him two years ago when he was bishop of Locri, a Mafia stronghold.

He said when he put it to the Vatican’s Congregation for Divine Worship and the Discipline of the Sacraments his proposal was rejected.

But now that the pope has signaled a fresh approach to challenging Italy’s organized crime groups and has said their members are excommunicated, Morosini is more confident of a way forward. He said the pope was open to his idea and had asked bishops in Calabria to discuss it further.

Morosini said ‘Ndrangheta was founded on family relationships that were often “broadened and strengthened” through the bosses’ access to sacraments such as baptism and confirmation.

“The measure I requested aims to stop this expansion, which from a mafia perspective, is fundamental,” he said.

In the past Italy’s organized crime groups have had a cozy relationship with the Catholic hierarchy and mobsters take their faith seriously.

In the Catholic tradition, godfathers vow to teach children the tenets of the faith in case the parents die. But in some areas of Italy and in immigrant cultures abroad, the practice is a way of extending the family unit to include others, in some cases criminals.