(RNS) George Clooney, whose love life has been well-chronicled through the years on red carpets and in paparazzi shots, rarely addresses details about his personal relationships. 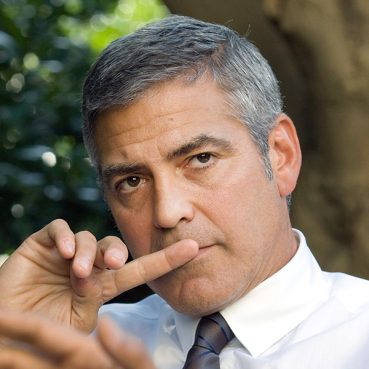 George Clooney on July 9, 2014, disputed a Daily Mail article that claimed his future mother-in-law, because of her religious beliefs, was opposed to his pending marriage to Amal Alamuddin.

He isn’t one to kiss and tell. He hasn’t even officially acknowledged that he’s engaged to glamorous international human rights lawyer Amal Alamuddin, 36, as has been reported since April.

But he’s making an exception now.

Clooney, 53, is refuting a Daily Mail story that said Baria Alamuddin, his future mother-in-law, is against the impending marriage for religious reasons.

The British tabloid’s story quoted unnamed sources as saying that Baria Alamuddin, a journalist and broadcaster in the Middle East and the United Kingdom, thinks her daughter “can do better” than Clooney, specifically by marrying into the family’s Druze religion. The story said Baria has been saying as much to friends in Beirut, where Amal was born.

“First of all, factually none of the story is true,” Clooney said in an exclusive statement to USA Today. “Amal’s mother is not Druze. She has not been to Beirut since Amal and I have been dating, and she is in no way against the marriage, but none of that is the issue.”

What is at issue: The Mail said the Clooney-Alamuddin wedding, thought to be taking place on Sept. 12 in Italy near Lake Como, where Clooney owns a villa, will not be a Druze wedding, and so Amal risks being “cast out of the community” and “that several women have been murdered” for not abiding by strict Druze rules.

“If they fabricate stories of Amal being pregnant, or the marriage is on the set of ‘Downton Abbey,’ or that I’m running for office, or any number of idiotic stories that they sit at their computers and invent, I don’t care,” Clooney said.

But, he said, “The irresponsibility, in this day and age, to exploit religious differences where none exist, is at the very least negligent and more appropriately dangerous.”

And, he added, “We have family members all over the world, and the idea that someone would inflame any part of that world for the sole reason of selling papers should be criminal.”

On Wednesday morning (July 9), the newspaper’s website, MailOnline, took the story down and issued a statement apologizing to the actor. It said the story was “not a fabrication but supplied in good faith by a reputable and trusted freelance journalist.”

The Mail has “launched a full investigation,” according to the statement. “However, we accept Mr. Clooney’s assurance that the story is inaccurate and we apologise to him, Miss Amal Alamuddin and her mother, Baria, for any distress caused.”

Clooney and Alamuddin first stepped out in London in October. Engagement reports bubbled up in April when Alamuddin was spotted wearing a ring. At the time, Clooney’s publicist, Stan Rosenfield, issued a short statement: “I don’t comment on my client’s personal life.”

News
‘Beyond the mosque’: Seeing Islam’s diversity reflected in worship spaces
News
Feeling sidelined, Israel’s Druze protest Jewish nation bill
Martini Judaism
Why are Jewish celebrities silent about Charlottesville?
Beliefs
Pope Francis chats with social media stars
Beliefs
Caught between two worlds, Israeli Druze struggle for equality amid rising tensions
© Copyright 2020, Religion News Service. All rights reserved. Use of and/or registration on any portion of this site constitutes acceptance of our User Agreement and Privacy Policy, Privacy Statement and Cookie Notice. The material on this site may not be reproduced, distributed, transmitted, cached or otherwise used, except with the prior written permission of Religion News Service.