(RNS) Pope Francis’ native Argentina will face off against Benedict XVI’s native Germany in the final World Cup match at 3 p.m. EST Sunday (July 13). To reach the finals, Germany defeated Brazil, the host country 7-1, while Argentina beat the Netherlands on in a shootout Wednesday (July 9).

The religious makeup of the popes’ countries are very different, with Argentina skewing Catholic while Germany has a much higher percentage of nonreligious people. Here’s how the two countries break down by religion: 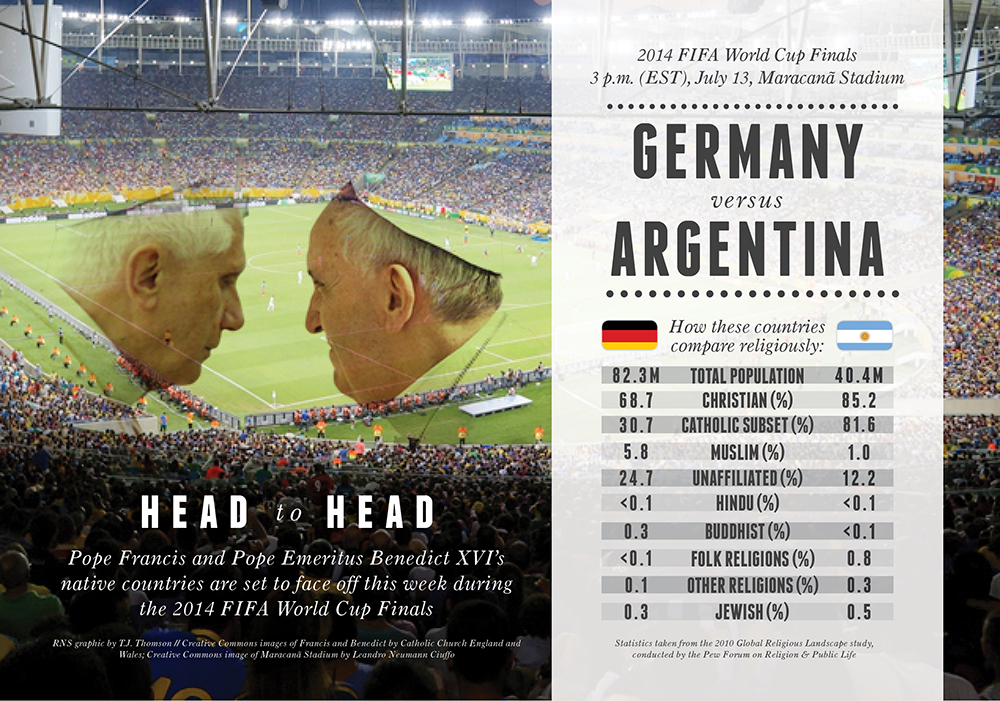 Germany is set to face off against Argentina on July 13, 2014, during the FIFA World Cup Finals at Maracanã Stadium in Brazil.