(RNS) When people utter the mantra “I’m moving on,” it usually means they are leaving behind a crisis, conflict or controversy. But “moving on” sometimes results in abandoning valuable lessons of the past.

This is especially true in religion. When spiritual leaders don’t deliver instant inner fulfillment, people quickly “move on” and embrace new teachers or gurus who promise their followers blessedness. It is a depressing and disillusioning process that creates holy burnout.

I have a modest proposal for those who constantly “move on” in their quest for authentic faith: “Move back” and explore the insights of three major religious thinkers whose once “radical” teachings are receding into the mists of forgetfulness. 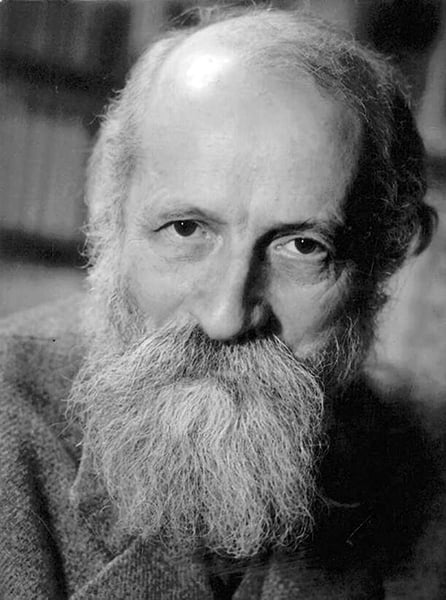 Martin Buber was a philosopher known for his existentialist philosophy of dialogue.

Buber, a Vienna-born Jewish philosopher (1878-1965), was the “Father of Religious Dialogue.” Despite writing in a difficult German idiom, Buber achieved fame with his book “I-Thou.” One of Buber’s best-known teachings is “all real living is meeting.”

When we encounter another person, Buber taught, we must not perceive that person as simply “you,” an object, but rather as “thou,” a creation of the divine worthy of respect and not something to be manipulated for financial, sexual, political or egotistical reasons. Buber’s “I-Thou” relationship is the hallmark of authentic dialogue between different religious communities, and any use of psychological coercion or hidden conversion motives destroys the “Thou-ness” of other persons and different faith traditions. He maintained that God is the “Ultimate Thou” in human lives.

While Buber’s influence on religious thinking was extraordinary, his “I-Thou” concept also influenced psychology, physician-patient, parent-child and teacher-student relationships. It’s no surprise Buber’s teachings are either negated or neglected by the current “Me Generation,” whose symbol is the “selfie” photo.

In 1938, Buber, a committed Zionist, fled Nazism and spent the last 27 years of his life as a Hebrew University faculty member in Israel. Because significant religious teachings never die, Buber’s concepts of dialogue and authentic human encounters can provide spiritual strength in today’s chaotic world.

De Chardin, a French Jesuit priest (1881-1955), was a scientist in the fields of geology and paleontology. After serving in the French army during World War I, de Chardin spent many years in China, India and Java studying evolution and the development of the human species.

In addition to his scientific career, de Chardin, a member of the French Academy of Sciences, wrote that secular work was equal in value to religious studies. All human activity fed into what he termed “the divine milieu,” and he taught that science and religion were not only compatible, but necessary components of God’s world.

However, the church banned de Chardin’s teachings, he was forbidden to teach in Catholic institutions and his writings were not available in Catholic bookstores. But beginning in the 1960s, a decade after his death, several Catholic leaders, including Joseph Ratzinger, the future Pope Benedict XVI, publicly recognized de Chardin’s commitment to both faith and science. It marked the beginning of his rehabilitation within the church.

In one important way, de Chardin’s thinking paralleled Buber’s. The French priest wrote: “No evolutionary future awaits anyone except in association with everyone else.” 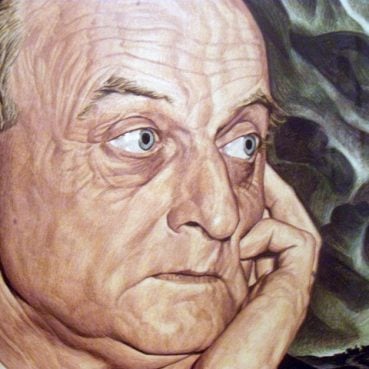 Niebuhr (1892-1971) was born in Missouri and in his early years as a Protestant minister he worked on behalf of the American trade union movement in Detroit, where he publicly battled the Ku Klux Klan and the hate group’s anti-Catholicism. In later years Niebuhr, a vigorous foe of anti-Semitism, renounced all Christian attempts to convert Jews. He actively opposed both Nazism and Communism and was a strong supporter of the state of Israel.

In 1928 he joined the Union Theological Seminary faculty, and his tough-minded view of the sinfulness of human nature was termed “Christian realism.” Niebuhr wrote: “Man’s capacity for justice makes democracy possible; but man’s inclination to injustice makes democracy necessary.” He influenced many leaders, including Jimmy Carter, Barack Obama and Martin Luther King Jr. Niebuhr believed justice was more important than love, and he scorned Christian pacifism as an insufficient response to systemic evil.

A spiritual injection of Buber, de Chardin and Niebuhr could represent a bracing antidote to the shallow optimism of today’s “feel-good” religions. 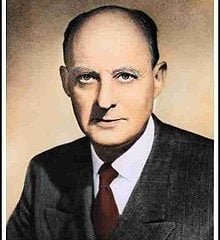 News
For storied civil rights center, Highlander Center fire is an echo of the past 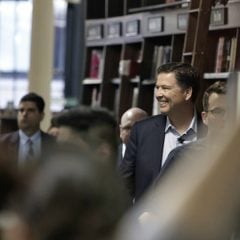 Opinion
What Comey learned from theologian Reinhold Niebuhr about ethical leadership
Follow us on Facebook!
Submit your photos to RNS