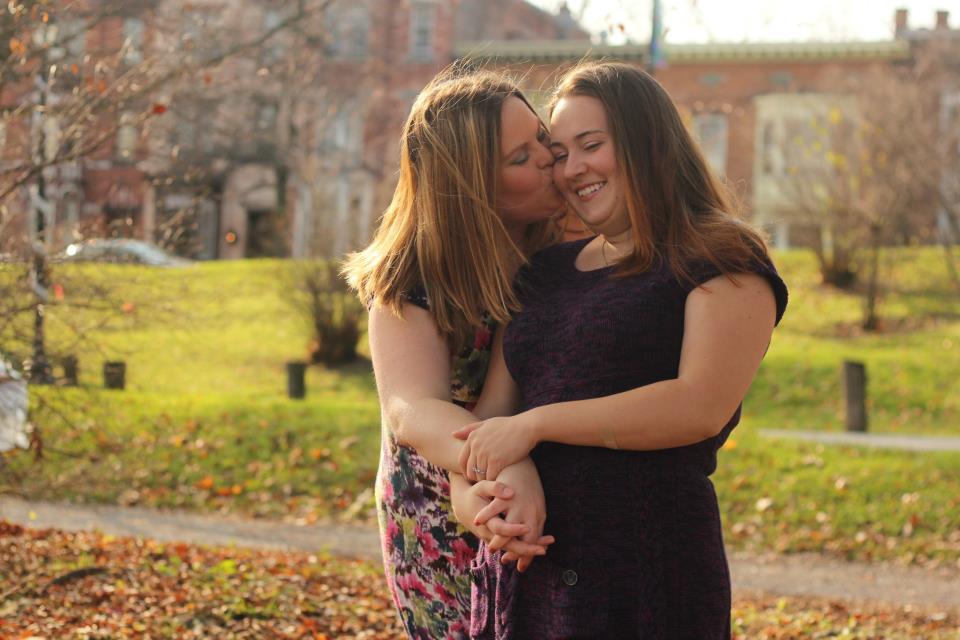 Jennifer McCarthy and Melisa Erwin, a same-sex couple from Newark, requested to use the Liberty Ridge Farm for their wedding ceremony and were denied. Photo courtesy of New York Civil Liberties Union
August 19, 2014
Sarah Pulliam Bailey 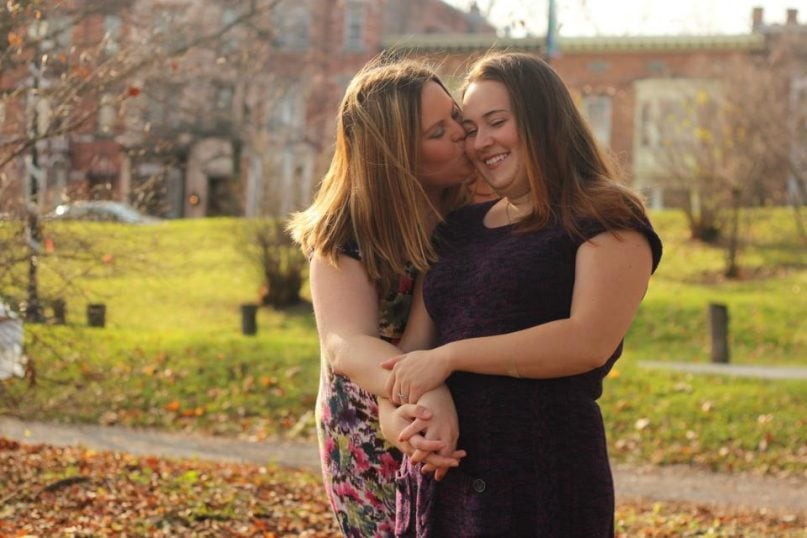 Jennifer McCarthy and Melisa Erwin, a same-sex couple from Newark, requested to use the Liberty Ridge Farm for their wedding ceremony and were denied. Photo courtesy of New York Civil Liberties Union

Update (8/29): The farm owners have decided to no longer host any wedding ceremonies on their farm, other than the ones already under contract, according to attorney Jim Trainor. "Since the order essentially compelled them to do all ceremonies or none at all, they have chosen the latter in order to stay true to their religious convictions, even though it will likely hurt their business in the short run," ADF states. "They will continue to host wedding receptions."

NEW YORK (RNS) Christian farm owners in upstate New York who declined a lesbian couple's request to hold a wedding ceremony on their property have been fined $10,000 and ordered to pay the women $1,500 each.

Cynthia and Robert Gifford, who own Liberty Ridge Farm near Albany, rent their facilities for birthday parties and about a dozen weddings each year.

When Jennifer McCarthy and Melisa Erwin, a same-sex couple from Newark, N.J., requested to use the facility for their 2012 wedding, Cynthia Gifford offered the farm for a reception, but not for the wedding ceremony. Weddings typically are conducted on the first floor of the Giffords’ home or in an adjacent field.

“It literally hits close to home,” said the Giffords' lawyer, James Trainor. He said the farm owners attend a community church and cite their religious belief of marriage between a man and woman for declining to hold a same-sex wedding on their property.

Administrative Law Judge Migdalia Pares of the Bronx rejected the owners' argument that the farm, which is also their home, is not a place of public accommodation and is therefore not subject to the anti-discrimination provisions of New York's Human Rights Law.

The decision said Liberty Ridge qualifies as a public accommodation because it regularly collects fees for space, facilities, services and meals, so it cannot be considered “distinctly private.”

“The fact that the Giffords also reside at Gifford Barn,” the decision says, “does not render it private.”

The farmer owners must pay $13,000 in fines and restitution, the agency ruled. Trainor said the Giffords are considering whether to appeal or pursue further legal action. 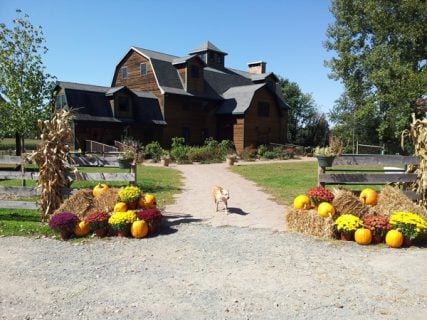 Liberty Ridge Farm owners in upstate New York who declined a same-sex couple’s request to hold their wedding at the site have been fined and ordered to pay the couple. Photo courtesy of Michael Velardi

“Liberty Ridge Farm ... has employed gay people and has conducted events for same-sex couples,” Trainor said. “The Giffords' objection was to hosting and participating in the wedding ceremony itself and not to providing service in general to lesbians.”

McCarthy asked if it was legal for the farm to have a policy not to have ceremonies on the site, and Gifford responded that it was because “we are a private business,” according to the case.

The women, who are now married, filed a complaint with New York’s Division of Human Rights, and the administrative law judge said that Liberty Ridge "unlawfully discriminated against complainants solely on the basis of their sexual orientation."

"All New Yorkers are entitled to their own religious beliefs, but businesses cannot discriminate based on sexual orientation any more than they can based on race or national origin," said Mariko Hirose of the New York Civil Liberties Union, lead counsel for the couple.

The farm case represents the most recent legal challenge to private businesses that provide services for weddings but refuse service to same-sex couples.

Most recently, a Pennsylvania bridal shop owner and a bakery owner turned away separate lesbian couples. Pennsylvania started allowing same-sex marriage in May after a federal judge struck down a ban on gay marriage in the state constitution.

Earlier this year, several states, including Kansas and Arizona, considered legislation that would allow people who object to same-sex marriage to cite their religious beliefs as a defense if faced with a discrimination lawsuit. Arizona Gov. Jan Brewer vetoed the bill in her state; the Kansas bill died in the state Senate.

Public accommodation laws usually don’t apply to private residences, which is why this case is more unusual than previous ones, said Adam Winkler, a law professor at the University of California, Los Angeles.

“It is just another case in the many battles in the fight over public accommodation of same-sex marriages,” Winkler said. “If you want to open yourself up to the public, there’s a cost, which is that you can’t discriminate.”