NAIROBI, Kenya (RNS) Church leaders in West Africa are raising concerns over sporadic violence that has killed one of their own and frustrated efforts to stem the Ebola epidemic.

The violence took a dangerous turn last week in a remote village in southeast Guinea, when fearful villagers killed eight members of a disinfection and awareness team, including an evangelical church pastor.

The Rev. Moise Mamy, was a member of the Water of Life Ebola awareness team, a relief wing of the Christian and Missionary Alliance. He headed the Hope Clinic, a facility providing medical and surgical services in the remote village of Womey.

The villagers used machetes and rocks to kill the eight and later dumped their bodies in a septic tank at a local primary school, according to news reports. The murders have sparked outrage within the aid and church communities in West Africa, where superstition and myths prevail.

“The people were on a humanitarian mission,” said the Rev. Tolbert Thomas Jallah Jr., general secretary of the Fellowship of Christian Councils and Churches in West Africa. “They were trying to assist under a very difficult situation. Their killings and the violence are totally unacceptable.”

In Womey and its surroundings, some people refuse to acknowledge the existence of Ebola and accuse the health officials of intentionally infecting the populations. Information on Ebola eradication efforts are viewed suspiciously as Western propaganda and distribution of chlorine-based products are rejected as attempts to destroy villages.

This mistrust exists beyond Guinea, church officials say, and has resulted in periodic violence and protests in areas where governments have attempted to isolate those infected by the virus.

The World Health Organization said Thursday (Sept. 18) many of the estimated 700 new infections are in Liberia, but the situation remains dire in Sierra Leone and Guinea. Nigeria, Senegal and Democratic Republic of Congo have recorded some cases.

Jallah said the epidemic was destroying economies, disrupting markets and farming. He warned it was a matter of time before serious food shortages hit the region.

“This really is a difficult situation,” he said.

Recently, several airlines stopped flying to the West African countries raising concerns among relief organizations and churches that medical supplies and equipment will not reach those affected.

“We passionately plead with airlines to resume flights to our affected countries to help us fight Ebola,” said Ebun James-Dekam, general secretary of the Council of Churches in Sierra Leone.

Church leaders welcomed the recent announcement of 3,000 U.S troops to fight the epidemic in Liberia. 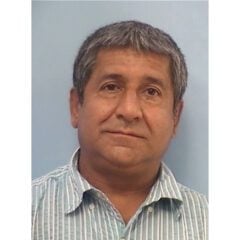 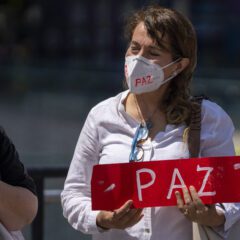 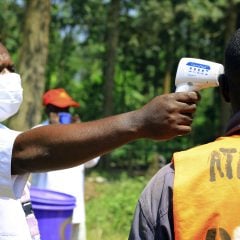 News
Fear of Ebola keeps the faithful at home in Congo General story
Church in Congo suspends sacraments as Ebola spreads
Follow us on Facebook!
Submit your photos to RNS