HOUSTON (RNS) Recently, Houston city attorneys, acting on behalf of Mayor Annise Parker and the City Council, issued subpoenas to five area pastors requiring they hand over copies of all communication with members of their congregations about a gay rights ordinance. The subpoena asks for communications from the pastors related to the mayor, the ordinance, and “gender equality” issues.

What are pastors to do when coerced by a government entity like the city of Houston? It seems to me that there are a two possible responses: one from a Christian pastor, who serves in Christ’s kingdom, and another from a citizen of the kingdom of this world.

How did we get here? These five pastors were at the forefront of an effort to get a referendum on the November ballot to overturn a city ordinance, which among other things would give people access to the restrooms of their choice in public accommodations as a matter of “gender equality.”

Opponents of the ordinance gathered about 50,000 signatures in a petition drive to get the issue on the November ballot. The city secretary reportedly has certified that there were sufficient signatures — it takes 17,269 certifiable signatures to add the referendum. The mayor and the City Council declined to follow the city charter, refusing to place the referendum before the people of Houston.

A group that supports the ballot initiative is suing the city to force it to follow the city charter. As a way of fighting the suit, the city subpoenaed the communications of the pastors, who are not even parties to the lawsuit.

So what is a Christian pastor to do?

The mayor or members of the City Council are always welcome in my congregation. Sermons aren’t exactly private or privileged communications; they are proclaimed to audiences in public and placed on our website for people to listen to any time. Christian preachers condemn human sin and call people to repentance. They proclaim the forgiveness of sins for the sake of Christ, who died for us, to those who mourn their sin. Sexual immorality is sin. Christian preachers will call it what it is. If that offends the politicians, then so be it.

Christian pastors have been offending powerful authorities since Jesus angered the establishment of his day. If my sermons are subpoenaed, I would be tempted to print all of them and hand deliver them all, tied up in a ribbon, with the hope that the mayor might read them. We Christians are called by God to make our testimony before kings, and we should not be ashamed of the gospel of Jesus Christ. A pastor should be delighted when he is given an opportunity to deliver publicly the gospel of Jesus Christ. This is what those who belong to the kingdom of Christ hope and pray for.

It may be a slight variation on President Obama’s line of a few months ago, but it applies here: “Go ahead, subpoena me!” Put my sermons before a court of law, please! The rage and spite of those who hate the Christian worldview might well benefit the church and her Lord.

But that’s not the whole story.

Pastors are also citizens of the kingdom of Caesar. In the bare-knuckled realm of American politics, the mayor and City Council are not really interested in reading a bunch of Christian sermons to find out what they say. They are attempting to stop Christian pastors from commenting on moral issues that are important to politicians. They are using the coercive power of the city’s legal department and turning it on the speech of the church. Not only is this an effort to shame the pastors for their principled stand on sexual mores, but it is a naked attempt to silence them.

Lawyers from the Alliance Defending Freedom, who are defending the pastors, have called the city’s action a “witch-hunt” and an “inquisition” — both terms dripping with irony. 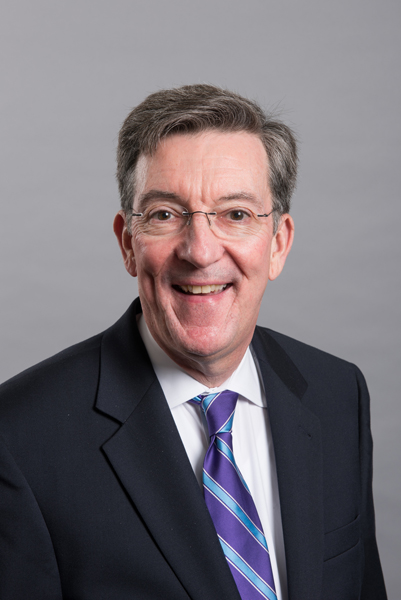 The effort by the mayor and the City Council attacks two of the freedoms protected in the First Amendment: the free exercise of religion and the right to political speech. And while it has been argued that the city is not silencing speech, the abuse of state power will have a chilling effect on both the free exercise of religion and freedom of speech.

When will ordinary citizens exercise their right to organize a petition drive in the city of Houston again? The fear of being attacked by the unlimited resources of a bully state keeps people from speaking their minds against the wishes of their political masters. These rights remain the peoples’ rights. And as citizens, the five pastors have every right and every reason to resist these bullying tactics.

Against this bullying, I am glad to stand with them — both as a Christian pastor and as a citizen. You should too.

(The Rev. Scott R. Murray is senior pastor of Memorial Lutheran Church in Houston, and is the fourth vice president of the Lutheran Church-Missouri Synod.)