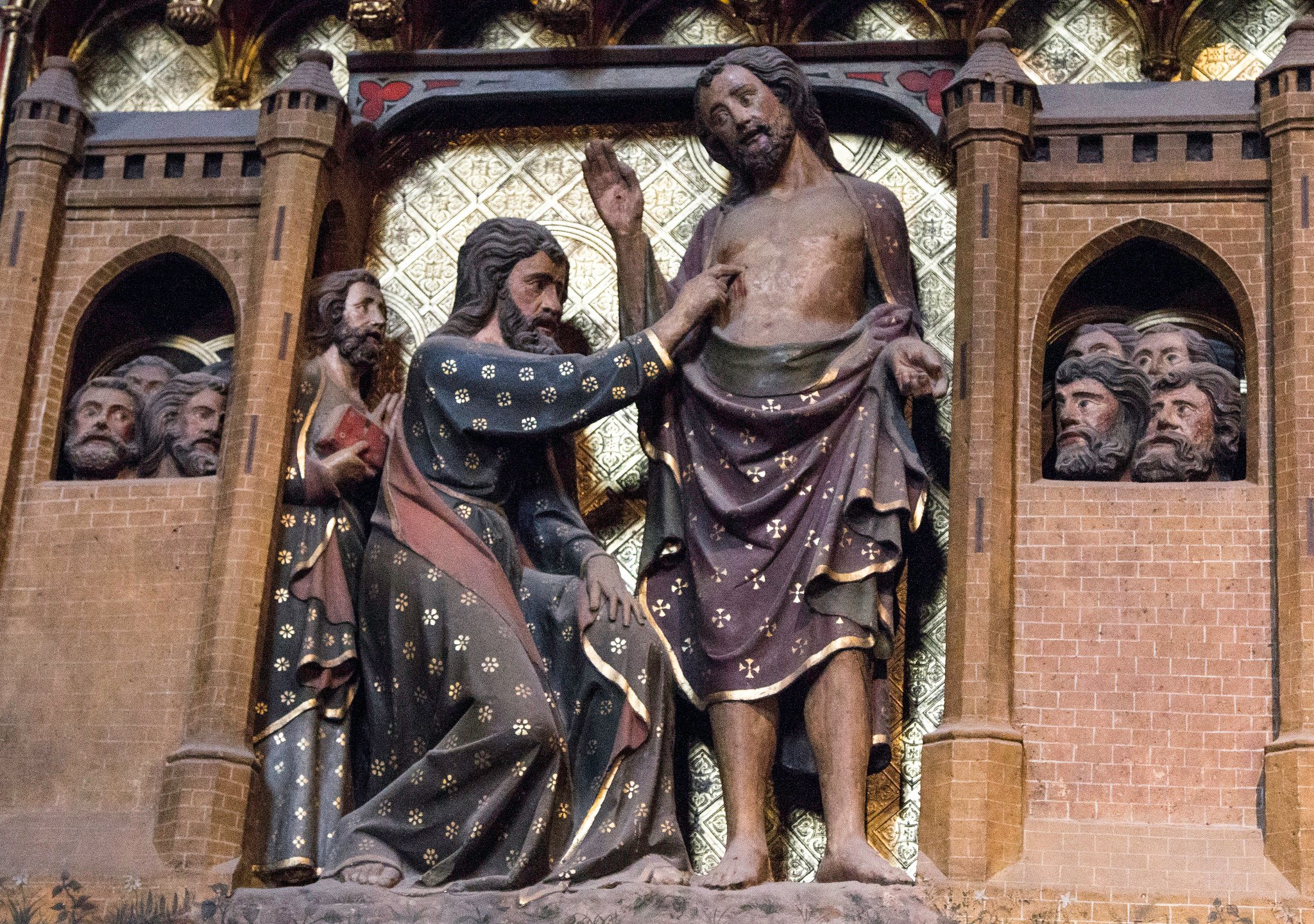 Nine out of ten Americans say they believe in God. But push a little bit and you'll find there is quite a range of belief across the major churches and religions in America. Let's look at two ways belief in God differs across religious groups: their certainty that God exists and whether God is a person. 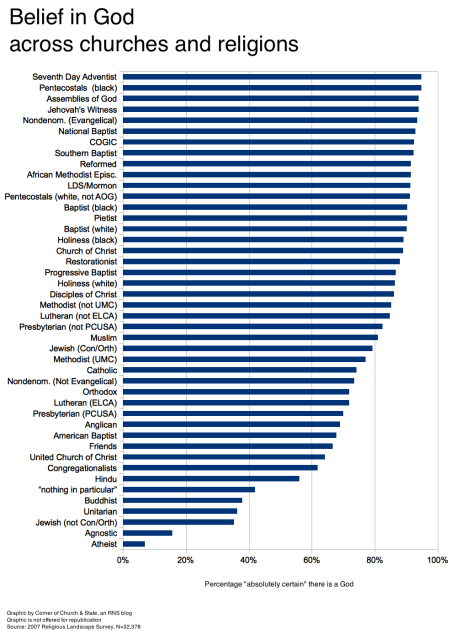 Pew's Religious Landscape survey asked people if they believed in God. Almost everyone who was in a theistic religion did, of course. But the survey followed with a question about this belief: "Are you absolutely certain, fairly certain, not too certain, or not at all certain?" Evangelicals, black Protestants, Mormons, and other theologically conservative groups had high levels of certainty-- albeit less than their leaders probably expect from their members. Substantial minorities of Mainline denominations expressed less certain beliefs about God.

Hindus and Buddhists had sizable groups who said the believed in God, but the question was general, asking about belief in "God or a universal spirit." Most Reform Jews and Unitarians are uncertain about or do not believe in God.

Perhaps most surprising, six percent of atheists said they were "absolutely certain" that God exists; nearly one-in-seven agnostics said the same. Just more proof that labels that people claim in a survey don't always mean to them what they mean to the rest of us. 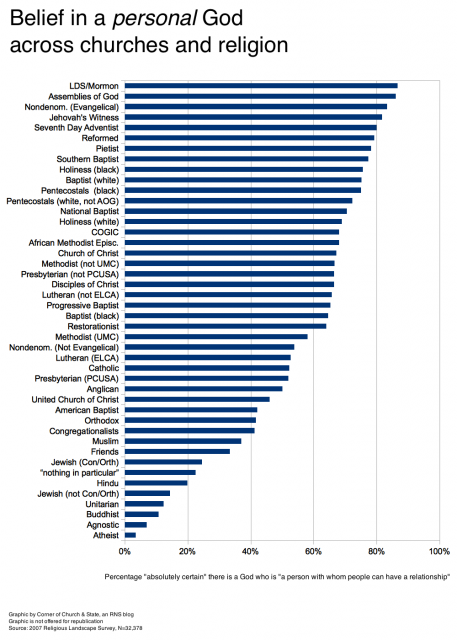 But what does "God" mean to people?  The survey asked

Which comes closest to your view of God? God is a person with whom people can have a relationship or God is an impersonal force?

The second graph shows the percentage of each group who are "absolutely certain" that God exists and believe in a personal God. By this measure, only five groups have at least 80 percent of adherents believe in a personal God: Mormons, Assemblies of God, Non-denominational evangelicals, Jehovah's Witness, and Seventh-Day Adventists.  Next are various evangelical and Black Protestant groups.

While three-quarters of Catholics are certain about their belief in God, only half believe that God is a person who can have a relationship with them.

There are some Protestant groups, most of which are considered Mainline, which have majorities who do not believe in a personal God. The typical person in a United Church of Christ (and Congregationalists), Presbyterian USA, American Baptist, and Anglican congregation is more likely to doubt the existence of a personal God than they are to absolutely believe in such a God exists.

Two of the most interesting differences between the two graphs are the changes for Muslims and Conservative/Orthodox Jews. Four-out-of-five of each group are absolutely certain about God's existence.  Muslims are far less likely to see God as a relatable person. For Conservative/Orthodox Jews, their certain belief in separates them from Reform Jews. But when asked about what is meant by "God" the difference between these streams of Judaism become much smaller. The vast majority of both groups do not believe in a personal God.

Oh, and there's still a handful of "atheists" and "agnostics" who are absolutely certain that a personal God exists.

My hunch, however, is that belief among so-called unbelievers will be greeted with less surprise than the unbelief found among so many religious groups.

For more on atheists, read Why so-called atheists believe in God, Heaven, and even the Bible