VATICAN CITY (RNS) As millions of revelers around the world dress in ghoulish costumes to mark Halloween and the darker side of life, Pope Francis warned that the devil is no myth and must be fought strenuously with “God’s armor.”

Francis described Christian life as a continuous battle against Satan during his homily at morning Mass at the Vatican on Thursday (Oct. 30).

“This generation, and many others, have been led to believe that the devil is a myth, a figure, an idea, the idea of evil,” the pope told the faithful during Mass at the St. Martha guesthouse where he lives inside the walls of the Vatican.

“But the devil exists and we must fight against him.” 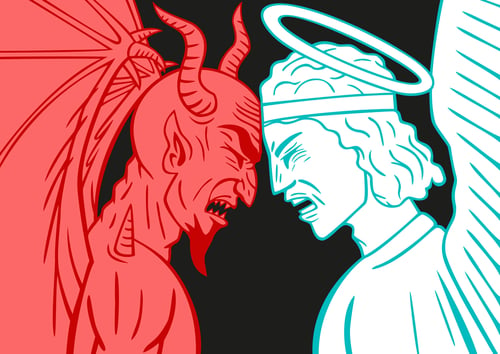 Basing his reflections on the Apostle Paul’s admonition that Christians must “put on the full armor of God” in order to resist Satan’s temptations, Francis likened life to a “military endeavor” and urged people against being carried away by passions and temptations.

“No spiritual life, no Christian life is possible without resisting temptations, without putting on God’s armor which gives us strength and protects us. … The truth is God’s armor.”

Meanwhile, an Italian exorcist, the Rev. Aldo Buonaiuto, suggested that Halloween should be replaced by a celebration of Christian saints and renamed “Holyween.”

He said too many people wrongly believe Halloween is a “simple carnival”; instead, he said, it masks “a subterranean world” based on the occult.

“For followers of the occult, Oct. 31 is the satanic new year,” he told the Italian daily La Nazione. “It’s a time for attracting new converts. And it’s also a time when exorcists have to work more.”

Buonaiuto is director of the Pope John XXIII Community Association, a Catholic organization fighting black magic sects and satanic cults, and is involved in Catholic training programs for exorcists.

With Halloween, he said, there is an increase in black magic rites, cemetery desecrations, thefts of sacred bones and the adoration of Satan, as well as demonic possessions.