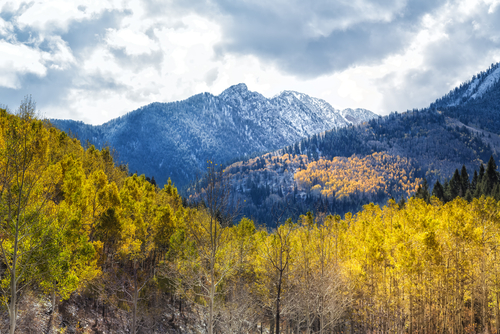 Those mountains can kill ya.

Suicide has long been an alarming phenomenon in Utah.

But a new theory abandons the cultural rationales that have been offered in the past — such as that Mormonism, the dominant religion in the state, is so dysfunctional that it drives people to end their painful lives — in favor of science.

One key finding is that Utah’s residents aren’t the only ones at a heightened risk for suicide — as much as a 30% higher risk. It’s a regional problem throughout the West.

What is going on here?

Last week a Mic article unveiled new research that proposes that the culprit is not Mormonism, or poor access to mental health care, or even the greater availability of guns in western states — all of which have been cited at one time or another to explain Utah’s stubborn presence in stories about high suicide rates.

Instead, blame the mountains.

Dr. Perry Renshaw, a neuroscientist at the University of Utah, says that altitude definitely affects mental health, and not in a good way:

In a 2011 study published in the American Journal of Psychiatry, a group of researchers, including Renshaw, analyzed state suicide rates with respect to gun ownership, population density, poverty, health insurance quality and availability of psychiatric care. Of all the factors, altitude had the strongest link to suicide — even the group of states with the least available psychiatric care had fewer suicides than the highest-altitude states, where psychiatric care was easier to find.

Particularly interesting to Renshaw was the research into healthy people who did not develop suicidal tendencies until they moved to the mountains. When air contains low levels of oxygen, the theory goes, it affects neurotransmitters like dopamine and serotonin, which in some people may trigger suicidal ideation.

The research may also explain why antidepressant usage is double the national average for women in Utah — almost a quarter of middle-aged women in the state are on antidepressants.

This research is still in the early phases, but it’s certainly interesting. And it may come as a relief to Mormons on the Wasatch Front who feel guilty about any depression they feel.

Depression is not caused by a flaw in their own attitude; it’s their altitude.