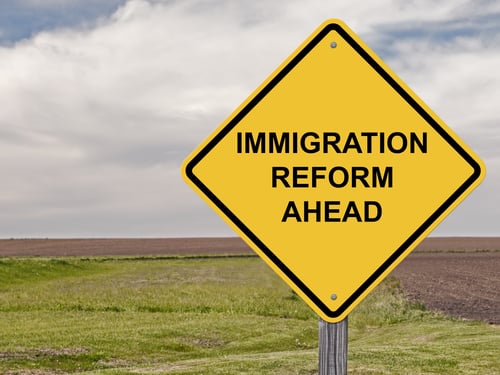 Last night’s presidential speech on immigration raised hackles among conservative Americans, who argue that Obama’s pending executive order to halt the deportation of approximately five million undocumented immigrants is an end run around Congress, which has failed to act on the issue.

Republican leaders have promised that they’ll fight the President’s action, with Kentucky Senator Mitch McConnell saying that Obama would come to regret it.

But many religious leaders have come out in favor of the President’s move, reports the Salt Lake Tribune – including, indirectly, the Church of Jesus Christ of Latter-day Saints. While the Church did not issue a specific statement yesterday, it is referring questioners to a 2011 official release that outlines its general position. Some highlights:

This centrist Mormon position on immigration is different from the views of many Republicans, which is interesting since most Mormons now affiliate strongly with the Republican Party.

In the forthcoming book Mormonism and American Politics, David E. Campbell, Christopher F. Karpowitz, and J. Quin Monson draw on sociological data about Mormons in American political life to assess their views on immigration, among other issues. They found some surprises: Mormons are “more accepting of immigrants than most other Americans, particularly in contrast to evangelicals.”

Their large-scale survey found that 26% of Mormons actually favor more immigration, which makes them more pro-immigration than any other religious group except Jews (29%).

Mormons are more than twice as likely as evangelicals (12%) to advocate more immigration.

Why the divergence here? Why are Mormons different from other Republicans on this issue, and other faith groups?

We hypothesize that the high proportion of Mormons who serve as missionaries in other countries fosters an empathetic perspective on illegal immigrants. Indeed, the LDS Church has a large missionary presence in Latin America, the source of most undocumented workers in the United States. Many Mormons, therefore, have seen firsthand the abject poverty that compels migrants to enter the US illegally.

Furthermore, the church’s own policy is to turn a blind eye toward people who are in the US illegally—the church will baptize them, call them on missions, and even have them serve as church leaders (Stack 2011). LDS leaders have consistently been a voice of compassion regarding immigration. . . .

More recently, the church has taken a vocal stand for moderate immigration reforms that balance a law-and-order mentality against compassion for immigrants and a strong desire for policies that keep families together. These stances moved public opinion among conservative Utah Mormons in a more moderate direction (Monson 2011).

Taken together, “these data warn against the overly simple conflation of Mormons with other segments of the Republican religious right.”