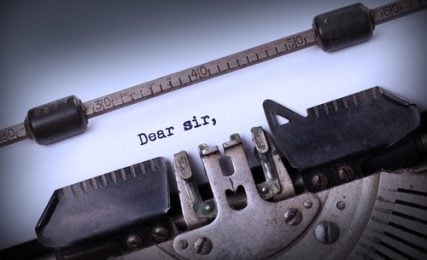 A letter written by typewriter.

(RNS) There is a recurring segment on “The Jimmy Fallon Show” in which the comedian writes sarcastic thank you notes, accompanied by soft music. If world Jewry could adopt Jimmy Fallon’s practice, this week’s installment would go something like this: “Thank you, Prime Minister Netanyahu, for making life even harder for Jews all over the world.”

I am referring to a bill that is currently before the Israeli Knesset that would declare Israel to be the nation-state of the Jewish people. Many Israeli basic laws use the term “Jewish and democratic,” giving equal weight to both. The new law would enshrine only the Jewish character of the state. In addition, such legislation would no longer recognize Arabic as an official language of the state of Israel.

To which the world, including the Jewish world, might say: Why this, and why now? Isn’t it already manifestly clear that Israel is the Jewish state? Netanyahu argues that there are many anti-Zionists who would quibble with that definition. That is true. But if you really want to know how the world perceives Israel, you might want to consider the increase in vile, violent, international Jew-hatred — much of which focuses on Israel. Anti-Israelism is the gateway drug to anti-Semitism; no need to remind anyone of the linkages between Jews and Israel. 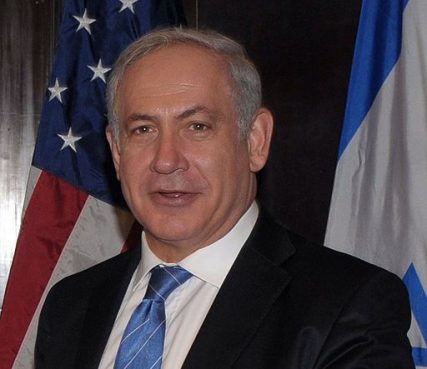 The government of Israel is playing with American Jewish fire. If Israel is perceived as being anti-democratic, many American Jews will walk away, or drift away, or simply, passively, no longer care. Anyone who has read the Pew report on Jewish Americans knows that many younger American Jews feel a tenuous connection to Israel.

American Jews predicate their support of Israel not only on ethnic solidarity and history, but on the idea that Israel and the United States share common democratic values. That is how we interpret Israel to ourselves, and to the gentile community, and to American politicians. This is not about “What will the gentiles think?” It’s about “What will the Jews think?” A precipitous action such as the nation-state law would shoot American Jewish lovers of Israel in the foot.

Consider the war against Israel that is raging on American campuses. “Israel Apartheid Week” is a regular feature of campus life. This proposed law would make life infinitely more difficult for American college students, who will not be able to defend it. While some students will understand the nuances — that this seems to have been a sop to the right-wing elements in Israel’s government — let’s not be so sure they’ll be able to get those words out in the midst of an ugly screaming match. In any case, most Jewish college students will walk away, or become easy prey for various anti-Israel groups on campus.

Last week, a Druze policeman, Zidan Nahad Seif, gave his life defending the Jerusalem synagogue in which four rabbis were brutally murdered. Thousands of Israeli Jews, including both President Reuven Rivlin and a contingent from the ultra-Orthodox community that Seif had defended, attended his funeral. Seif was a righteous gentile. The Torah mentions, no less than 36 times, that we should take care of the stranger in our midst. That idea is at the very core of the Israeli commitment to democracy.

Seif’s funeral was Israel at its best. It was the Israel that world Jewry loves, interprets and defends.

It is fair to implore the Jewish state: Don’t blow it. Not for yourselves. And certainly, not for us.

(Rabbi Jeffrey Salkin is the spiritual leader of Temple Beth Am in Bayonne, N.J., and the author of numerous books on Jewish spirituality.)

News
What four strangers of different faiths learned while living together during a pandemic
Martini Judaism
If you’re religious and supported President Trump
Opinion
How Jewish is “Ma Rainey”?
Opinion
Four facts that will change relations between Christians and Jews in the next decade
News
Muslim, Sikh and Jewish groups seek inclusion in California’s new ethnic studies curriculum