(RNS) Two years ago, “Max” was a devout Catholic who loved his faith so much he would sometimes cry as he swallowed the Communion wafer.

Then came the Sandy Hook Elementary School massacre, where 20 schoolchildren and six adults were murdered by a troubled gunman. At that moment, a bell went off in his head, he said, ringing “there is no God, there is no God.”

Now, Max goes by his online handle “Atheist Max.” A 50-something professional artist from the Northeast, some days he now spends two or more hours online trying to argue people out of their religious beliefs in the comments section of Religion News Service.

Max left more than 3,600 comments in the past 12 months, making him RNS’ top commenter. Many of his remarks can be interpreted as angry, hostile and provocative, casting him in some minds as an Internet “troll” — a purposely disruptive online activist who delights in creating comment chaos.

He’s written “Jesus is despicable” or its equivalent more than once — red meat to some readers who come back at him with fervor. Other users have called him “mean-spirited” or “angry.” 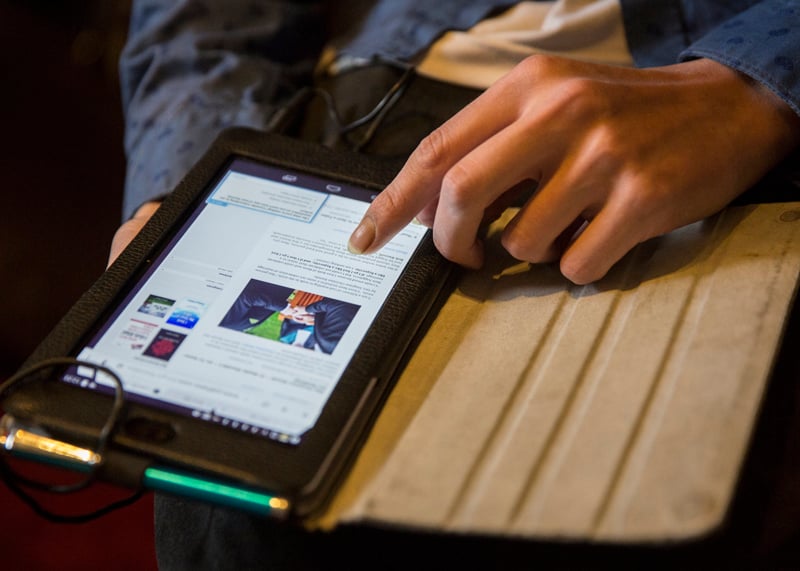 But interviews with Max and other atheist “super-commenters” on various religion websites reveal there is more to their motives than disruption and rage. While some may see them as trolls, they see themselves as therapists. And far from seeking chaos, they have their own codes of conduct they say help them keep their online conversations from becoming a stream of insults and hate.

At a time when online trolls are often blamed for spreading hate online, Max and others say they’re actually living out a kind of vocation that calls them to push back — sometimes gently, sometimes not — against what they see as the true source of hate and intolerance in the world.

“I really don’t want to be a jerk,” Max said, speaking on condition of anonymity to protect family members, including an uncle who is a priest. “I’m determined not to attack the person, but the belief. I’m not sure if that has worked, but I’m looking for better ways all the time.”

Max is not alone in classifying his online commenting as more benevolent than belittling. Several atheist super-commenters mentioned a concern for others as motivation for spending up to 10 hours a day arguing about religion online. They characterized their comments as a duty, maybe even a kind of missionary work.

“I suppose you could describe it as a responsibility,” said “Rocky,” an 18-year-old Canadian atheist who discusses religion and politics on computer game chat boards including TombRaiderForums.com. “First it started as a way of expressing myself, but I realized more and more how changes really can happen in people and how I could help those changes happen.”

A lifelong atheist, Rocky has his own rules of engagement. He tries to be respectful, to place himself in the other person’s shoes, and refrain from name-calling. (One swear word from another commenter and he is out.)

Sometimes, he says it actually works. He noted a virtual conversation he had with a gay Christian who expressed depression and self-loathing because he felt his faith condemned his homosexuality.

“What I did was question what about the Bible makes homosexuality wrong,” Rocky said. “I asked him to try to break apart the religious belief and the hypocrisy. I think he came to terms with it because of what I said.”

Max’s personal code of conduct is in flux. He is always “pushing the envelope” in his comments, he said, as a way to work out his own, newfound unbelief.

Atheism and commenting are “still new for me,” he said. “I don’t know where the limits are. I’ve crossed the line and then I felt bad. I’m trying to sort out how to attack religion forcefully … but not attack the person who has the belief.” Matt Davis, 33, from Buxton, England, photographed in his home, where he often posts comments on blogs and religious websites. Religion News Service photo by Alison Baskerville

But most atheist super-commenters don’t report much success de-converting the religious. Matt Davis, a 33-year-old British atheist who engages in religious debate on multiple American religion and atheist sites, says he often feels frustrated by the distance between himself and those he spars with.

“Most people won’t change their minds,” Davis said. “But maybe some of the people reading and not commenting might be on the fence and I might influence them.”

Maybe, said Jonathan Bishop, the expert behind The Crocels Trolling Academy, a website dedicated to online trolling. He calls atheists who try to de-convert the religious via the comments sections of websites “domination iconoclasts” and notes they have their own contribution to make to the free-for-all Internet.

“Where the trolling is done to inform, as opposed to harass or stalk, then religious trolling of this kind can be helpful in encouraging those religious or anti-religious groups to look at themselves before pointing at others,” he said.

Hemant Mehta, whose Friendly Atheist blog attracts an estimated 4 million page views a month, experienced that firsthand when he posted an interview with a Texas Christian whose daily comments on his posts often result in the blog’s longest comment strings. Behind the provocative commenter, he said, was a “real human being” who was thoughtful, considerate and measured in his opinions and his comments.

“He is not trying to be antagonistic for the sake of being antagonistic; he is just on the other side of the fence from me,” Mehta said. “He honestly thinks I am wrong about everything and I think the same thing of him. And that is interesting. I think my site is stronger for not necessarily giving him a voice, but for not shying away from that conversation.”

Prompting conversation is what keeps Davis, the British atheist, commenting. He reads a lot of online stories about religion, as well as comments from “fundamentalist Christians” and “right-wing” people, and worries when he feels there is no counterargument to their statements.

“I feel it is important not to let that stand without putting my point of view across,” he said. “If I can make a couple of people slightly more reasonable, less confrontational, then it makes the world a better place.” 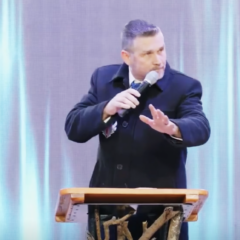