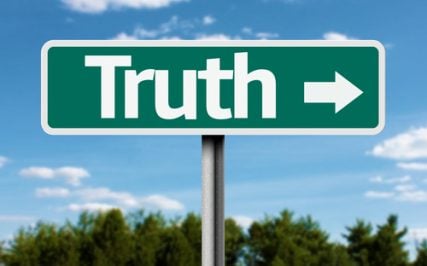 One thing I loved about President Gordon B. Hinckley was his ability to connect with those outside of our church by finding similarities rather than differences. I loved listening to him talk plainly and without guile to people like Larry King about Mormonism. This was an important moment for Mormons who had been seen as a fringe religion. For many years, we Mormons carried an old persecution complex with us that kept us from seeing ourselves as part of a larger Christianity. We demanded entry into the club, but were quick to point out the many ways in which Mormonism was “better” than any other Christian faith.

I think that as a church, we are moving more in the direction of seeing our religion as part of a whole. We spend less time talking about the wounds of the past. We hear a lot less about Catholicism being the “whore of Babylon” spoken of in Nephi’s vision of the future Americas – and just last month saw high-ranking Mormon leaders visit the Vatican for a multifaith conference on traditional marriage.

But we still have improvements to make in this area. I, for one, would love to see Mormons stop referring to our church as the “only true church.”

It is one thing to believe that Mormonism is the right church for you. I love many doctrines of Mormonism. I love the Book of Mormon. I love the story of the pioneers’ trek west. I love the Word of Wisdom (though we do not fully act upon all its teachings). I love our understanding of the Garden of Eden. I love some of Joseph Smith’s retellings of the Bible teachings in his own translation and in the Pearl of Great Price. I love the ethic of service and paying a full tithe. I even love Food Storage. I believe Mormonism is the right church for me.

But I find it arrogant to say that this is the “one true church.” Even if I believe that the Book of Mormon is more “plain and precious” in its truths than the Bible, does that mean that it is better than the Bible, or that those who follow the teachings of the Bible faithfully are less likely to end up in heaven? Even if I believe that our temple rituals are necessary for exaltation and that the temple itself is a place where I can grow closer to God, does that mean that other rituals are invalid and that God only counsels the prophets and apostles of this church?

I’m not sure that I can go that far in my love of Mormonism.

I believe strongly that God guides the leaders of other churches to do good things, at least when they are earnestly seeking Him. I believe that the Bible contains many important truths and that other churches sometimes understand it better than we do. I believe that Mormons have things to learn from others — from scholars, from true humanitarians, and yes, even from atheists who live a good life.

I also wish that we would stop congratulating ourselves on all the “answers” we have that others don’t. I may find the doctrine of Mormonism more satisfying than other religions, but that does not mean that it has more answers. It is actually pretty easy to poke holes in Mormonism and I believe we do a disservice to our youth, who will soon be going out into a world full of people who are perfectly capable of showing them those holes, by telling them that none exist.

We can be proud of Mormonism without insisting we know everything.