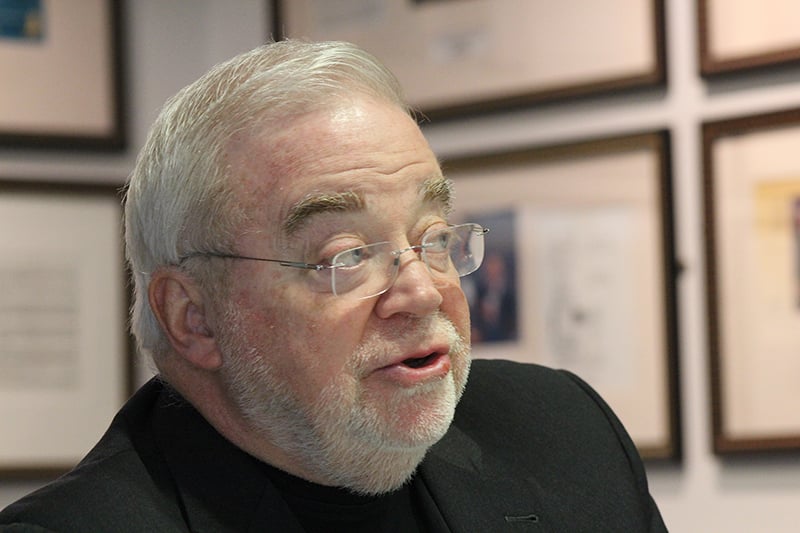 “There were white evangelicals in the room in Ferguson who were weeping when the Garner decision came down,” said the Rev. Jim Wallis, founder of the Washington-based social justice group, Sojourners. Religion News Service photo by Adelle M. Banks
December 4, 2014
Adelle M. Banks

It’s the kind of statement that’s often cited by black clergy and civil rights activists. But hours after a grand jury on Wednesday (Dec. 3) chose not to indict the New York City police officer who put Eric Garner into a fatal choke hold on Staten Island, those words came from none other than white evangelical leader Russell Moore.

With back-to-back grand jury decisions that white police officers will not face charges in the deaths of unarmed black men, white Christians, including evangelicals, have grown more vocal in urging predominantly white churches to no longer turn a blind eye to injustice and to bridge the country’s racial divides.

“It’s time for us in Christian churches to not just talk about the gospel but live out the gospel by tearing down these dividing walls not only by learning and listening to one another but also by standing up and speaking out for one another,” said Moore, president of the Southern Baptist Convention’s Ethics & Religious Liberty Commission.

“I weep & pray for his family,” tweeted Danny Akin, president of Southeastern Baptist Theological Seminary, the day before he led a prayer for justice at his school in Wake Forest, N.C. “I beg our God to bring good out of this tragedy.”

“’Love your neighbor as yourself’ means you picture yourself being choked and surrounded by five men while you say, ‘I can't breathe,’” tweeted Scott Slayton, a white Southern Baptist pastor in Chelsea, Ala. 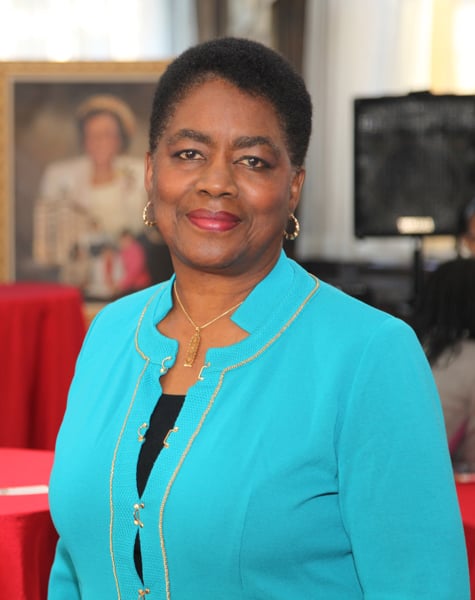 The Rev. Barbara Williams-Skinner, co-chair of the National African-American Clergy Network, sees a growing interest among white Christians and others to speak up about the "pile on" of events capped with the Garner decision. Photo by Patricia McDougall

The Rev. Alan Cross, a white pastor in Montgomery, Ala., said the publicized video of Garner's choke hold has moved some white Christians to speak when they might not have after Officer Darren Wilson was cleared in the death of Michael Brown in Ferguson, Mo. Cross is encouraging them to not just speak but listen to black people’s perspectives instead of only considering their own.

“What often happens when white evangelicals try to speak into this is that we continue to think first in terms of our own position,” said Cross, a Southern Baptist and author of “When Heaven and Earth Collide: Racism, Southern Evangelicals, and the Better Way of Jesus."

“We should consider what people in the black community are saying, what are they going through, what is their experience.”

Cross and others went online in the hours after the Garner decision to share how blacks were reacting. Author Barnabas Piper chose to post what others were saying about Ferguson and Garner on his blog, saying as “a young white man” he wasn’t in the best position to explain it all.

“Put yourself in the shoes of the authors and immerse yourself in the experiences they describe," he wrote. "You and I need to do so if we want to contribute anything to stopping injustice and closing the racial gap that exists.”

The Rev. Barbara Williams-Skinner, co-chair of the National African-American Clergy Network, sees a growing interest among white Christians and others to speak up about the "pile on" of events capped with the Garner decision.

“It just so offends the human spirit of people of every race that it compels them to act,” she said. “We don’t have to ask young white students and young white adults anymore to act. They understand ... if the system will so violate the rights of people of color today, they will violate everybody’s rights tomorrow.”

She had already witnessed an interest across races in the Ferguson events when her network's planned letter on justice from black church leaders took on a more interracial feel.

“There were white evangelicals in the room in Ferguson who were weeping when the Garner decision came down,” said the Rev. Jim Wallis, founder of the Washington-based social justice group Sojourners. Religion News Service photo by Adelle M. Banks

Even before the Garner decision, the progressive Christian group Sojourners had gathered 50 leaders, including black clergy and white evangelicals, for a retreat on Tuesday and Wednesday that included a “historic pilgrimage of racialized St. Louis” and a discussion of theological implications for “our nation’s broken justice system.”

“There were white evangelicals in the room in Ferguson who were weeping when the Garner decision came down,” said the Rev. Jim Wallis, founder of the Washington-based social justice group.

White Christians beyond evangelicalism added their voices to the outcry about the ruling.

“The degradation and demeaning of black life must stop,” said Serene Jones, president of New York's Union Theological Seminary. “What the hell kind of country do we live in?”

Moore, noting some of the reaction after he called for racial reconciliation in the wake of the Ferguson strife, said some white Christians see no reason to speak up for better race relations.

“I have gotten responses, and seen responses, that are right out of the White Citizens' Council material from 1964 in my home state of Mississippi, seeing people saying there is no gospel issue involved with racial reconciliation,” he said in a podcast.

He doesn’t agree with them.

“Are you kidding me? There is nothing that is clearer in the New Testament than the fact that the gospel breaks down the dividing walls that we have between one another.”