A few days ago, Leelah Alcorn, a transgender girl from Ohio, stepped in front of a truck on the interstate and took her life. She was exhausted. She was tired of having to defend her identity as a transgender teenager. She lacked the support system needed to flourish. Feeling trapped she resorted to ending her pain.

In her suicide note, Leelah cited her Christian parents and Christian counseling as a trigger to her suffering:

“When I was 14, I learned what transgender meant and cried of happiness. After 10 years of confusion I finally understood who I was. I immediately told my mom, and she reacted extremely negatively, telling me that it was a phase, that I would never truly be a girl, that God doesn’t make mistakes, that I am wrong. If you are reading this, parents, please don’t tell this to your kids. Even if you are Christian or are against transgender people don’t ever say that to someone, especially your kid. That won’t do anything but make them hate them self. That’s exactly what it did to me.”

She continued to say that her parents denied her request to start transitioning which “absolutely broke [her] heart.” She ends her note pleading that we “fix society”; a society which treats transgender people as less than human. You can read the full note here. (Leelah’s Tumblr was recently taken down)

I can’t imagine the pain Leelah’s parents must be going through. Despite their lack of support for their transgender daughter, which I’m sure came from a lack of understanding, no parents want to bury their child. The Alcorn’s were doing what they thought was best. It’s how a lot, if not most, Christian parents would respond. They’re currently being questioned on their parenting methods in media. Are they culpable for the death of their child? Some have even go as far to call them criminally negligent. I don’t know the Alcorns or their parenting styles. They have continued to misgender Leelah which does sends hints to their parenting. (Who denies their child’s identity even in death?) What I know for certain is there is an overarching problem in how Christian parents respond to their LGBT children and it desperately needs to be addressed.

The church has failed to equip parents with the resources to affirm their transgender Children. Indeed, if the church has done anything it has contributed to a fear mongering narrative that led to the Alcorn’s rejecting Leelah. And there are serious implications of being rejected by your family.

We can ignore objective scientific truth in favor of our sincerely held theological beliefs but all it will do is lead to more tragedies. There is biological evidence that shows sex isn’t binary. There is ample proof that shows allowing a child to transition doesn’t negatively affect them. In fact, it allows them to succeed. Only 4% of trans youth with supportive family members reported attempting suicide compared to the 60% with unsupportive families, according to a report prepared for Children’s Aid Society of Toronto.

It’s time Christianity is the source of refuge for LGBT youth instead of their source of pain. It’s time the church became the sanctuary Christ means for us to be. “No more. No more dead bodies,” Molloy writes in a moving letter to Leelah at the Daily Beast. “No more suicide notes. No more allowing people to justify their bigotry by spouting a cherry-picked Bible verse. If we want to prevent others from your fate, we need to stop being so passive on these issues. It needs to be said: bigotry in the name of religion is still bigotry; child abuse wrapped in a Bible verse is still child abuse.”

Every year, there is a Transgender Day of Remembrance to remember all the names of the people we have lost to suicide or hate crimes. Every year the list is too long of lives lost too early. People are dying. Children are dying. And the church has a role in it. As my friend Emily Timbol said, “What breaks my heart is that it wasn’t ‘society’ that failed Leelah. It was the church. It was Christians.”

If you’re unwilling to raise, support, and affirm an LGBT child – you shouldn’t be having children. If you’re a Christian who has an LGBT child please affirm them for who God made them to be. Our sanctuaries should be safe havens for the Leelah Alcorn’s of the world. Let’s eradicate transphobia from our pulpit and our pews and make it so. Because God doesn’t make mistakes — we are fearfully and wonderfully made. 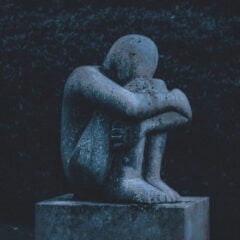