(RNS) On Sunday (May 3) in Garland, Texas,, two gunmen opened fire at a “draw the Prophet Muhammad” contest sponsored by the American Freedom Defense Initiative, listed as an extremist group by the Southern Poverty Law Center. Police shot and killed the two gunmen. A security guard was injured. Most Muslims consider images of the prophet highly offensive, as Islam prohibits them. The attack comes almost four months to the day that four cartoonists at the French weekly Charlie Hebdo were killed by extremists offended at the magazine’s satirical depictions of the prophet.

Why do images of the founder of Islam — even cartoons drawn by amateurs — incite so much anger in some people that they are motivated to violence? Let us ‘Splain . . . An image of the Prophet Muhammad, the founder of Islam. Religion News Service photo by David Grunfeld/The Times-Picayune

Q: Why does Islam ban images of its founder?

A: The Quran does not specifically forbid images of the Prophet, but some point to a verse in which Abraham asks his people, “What are these images to which you cleave?” There are hadith — stories about Muhammad and sayings attributed to him — that forbid visual representations of Allah or the prophets. That includes Abraham, also considered the founder of Judaism, and Jesus, the founder of Christianity. Prohibiting such images is called “aniconism.”

The ban stems from the idea that images of Muhammad, Abraham and Jesus might encourage worship of them instead of Allah. But there are images of Muhammad in 12th- and 13th-century Persian manuscripts currently held by libraries in London, Paris and Edinburgh, Scotland. And in some early Islamic texts, Muhammad’s body is shown, but his head is a flame.

Q: Do other religions ban images of their prophets or of God?

A: Yes and no. Judaism bans “graven images,” thus the scarcity of human figures represented in synagogues. And some Christians get upset over more extreme representations of Jesus — remember the protests surrounding photographer Andres Serrano’s  “Piss Christ?”

Q: Why do some Muslims consider this worth killing over?

A: Because Islam bans such images, it’s considered blasphemous to create them. Plus, the images published by Charlie Hebdo were not complimentary portraits, but satirical criticism of Islam. Still, many Muslims have condemned the attacks. The governments of Saudi Arabia, Iran, Jordan, Bahrain, Morocco, Algeria and Qatar all issued harsh statements. A French organization of 250 Muslim groups condemned the killings, as did the Muslim Council of Britain. Tariq Ramadan, a professor of contemporary Islamic studies at Oxford and a progressive Muslim, said on the television program “Democracy Now“: “This is just a pure betrayal of our religion and our principles.”

Q: Is this the first time Western journalists have been targeted for publishing images of Muhammad?

A: No. In 2005, the Danish newspaper Jyllands-Posten published 12 cartoons of Muhammad, which led to mostly peaceful protests by local Muslim groups. More violent protests sprang up in other countries; at the time, The New York Times reported that as many as 200 people were killed in the violence.

In 2012, at least 50 deaths worldwide were attributed to protests of a trailer of “Innocence of Muslims,” a film that criticized Islam and featured an actor’s portrayal of the prophet. In Benghazi, Libya, protests linked to the trailer may or may not have led to the deaths of four Americans, including U.S. Ambassador Christopher Stevens.

And Charlie Hebdo had been the target of extremists before. That’s why two police officers were stationed there to protect the journalists. In 2011, the newspaper claimed that an issue was “guest-edited” by Muhammad, and the cover featured a cartoon of him promising “100 lashes of the whip if you don’t die laughing.” The paper’s offices were firebombed in response.

Q: If the journalists knew they were in danger, why did they continue to publish cartoons?

A: We’ll let Stephane “Charb” Charbonnier, one of the slain cartoonists, answer this one. Asked that question, he said: “I am not afraid of retaliation. I have no kids, no wife, no kids, no car, no credit. It perhaps sounds a bit pompous, but I prefer to die standing than living on my knees.” 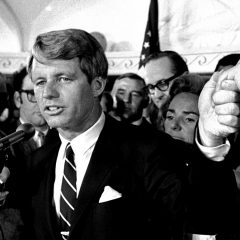