(RNS) Despite the fuming of a former Republican governor, President Obama didn’t offend “every believing Christian in the United States” when he noted at a national prayer breakfast that we, too, “committed terrible deeds” in the name of our religion. 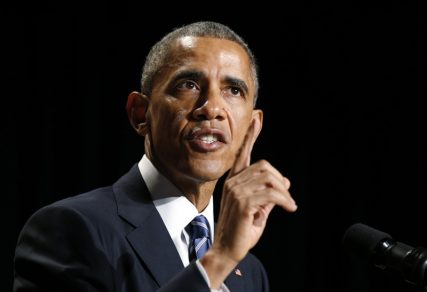 U.S. President Barack Obama speaks at the National Prayer Breakfast in Washington on Thursday (February 5, 2015). Photo courtesy of REUTERS/Kevin Lamarque *Editors: This photo may only be republished with RNS-PRAYER-BREAKFAST, originally transmitted on Feb. 5, 2015 or with RNS-EHRICH-COLUMN, originally published on Feb. 10, 2015.

I, for one, was pleased to have us called back from the “high horse” that Christian religionists often occupy when criticizing other faiths while ignoring the mote in our own eye.

In our pursuit of religious victory, we Christians have at times been a scourge on civilization. We have slaughtered many, and not just centuries ago in a safe and distant past but still today.

We have served as apologists for slavery, apartheid, racial segregation, white terrorism of blacks in the South, suppression of labor, and repression of the poor and immigrant. Some of our misguided brethren are declaring war now on women and on gays, as if God’s promise to love all of humanity needed to be ignored.

We have winked at our own scandals while presuming to judge our neighbors for their flaws. We have sought special favors — such as tax exemption — and used the benefits to serve ourselves. With the world around us descending into violence and intolerance, we bicker about doctrine and property ownership.

Our hands are stained. Plain and simple.

That doesn’t excuse the horrific violence being meted out now by the Islamic State or by Boko Haram, both in the name of their religion. Violence is violence, terrorism is terrorism, and religion-justified cruelty is wrong, no matter whose holy book is being waved.

Christianity won’t truly serve humanity, however, until we get honest about the ways we have done wrong and proclaim our belief that God can use even us for good. Our message should be: “We did wrong, God forgave us, and now, day by day, we try to get it right.”

That is a Gospel promise that all of humanity needs to hear. When we deny any culpability, we merely perpetuate ignorance and hubris in our own ranks and make ourselves seem dishonest and dangerous in the eyes of the world.

When we claim always to have been right because our ecclesiastical ancestor Peter once was handed the keys to God’s kingdom, we become a monster. We turn sin into the other guy’s problem and set ourselves as judges, not neighbors.

Rather than pounce on the president for knowing his history, we should be grateful for his call to honesty.

Some of the knee-jerk denunciations that followed Obama’s remarks were the usual partisan piffle that has paralyzed national and local politics. But some came from preachers who should know better. We don’t have to be medieval historians to see Christians behaving like Islamic extremists.

Yes, the Crusades and Inquisition are in our past. But until the recent papacy of Francis, the Roman Catholic Church routinely sided with repressive regimes in Latin America. Russian Orthodox hierarchs align with Vladimir Putin’s brutal kleptocracy. In the tense standoff between Islam and Christianity in sub-Saharan Africa, whichever side gets the upper hand tends to victimize the other.

Tom Ehrich is a writer, church consultant and Episcopal priest based in New York. He is the president of Morning Walk Media and publisher of Fresh Day online magazine. His website is www.morningwalkmedia.com. Photo courtesy of Tom Ehrich

I won’t presume to speak for Islam. But we Christians can find nothing in our Scripture or better natures that would justify our brutish behavior. We should be a force for good. But that won’t happen until we acknowledge our capacity for evil. 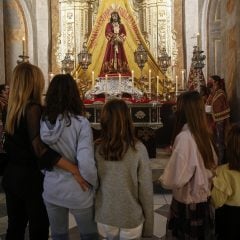 Opinion
Why parts of Good Friday worship have been controversial