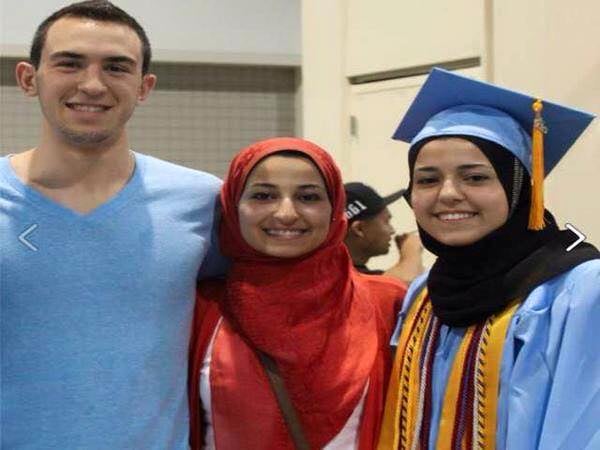 DURHAM, N.C. (RNS) Preliminary police reports describe a long-simmering dispute over parking as the motive for the killings of three Muslim students at a Chapel Hill condominium Tuesday (Feb. 10).

But many Muslims in the Raleigh-Durham community and beyond are not so sure. The triple murders in this usually harmonious university town immediately took on a larger narrative of hate crimes against Muslims and charges of atheists baiting Muslims. 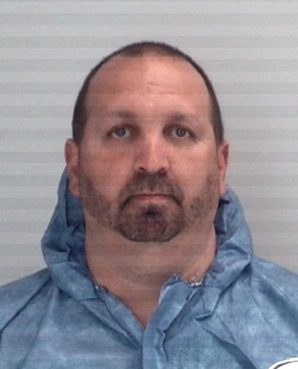 Hicks was an avowed atheist, whose Facebook comments bore at least some grudges against religion. Last month, he posted a photo that says, “Praying is pointless, useless, narcissistic, arrogant, and lazy; just like the imaginary god you pray to.”

On Wednesday, Yusor Abu-Salha’s father, Mohammad Abu-Salha, a psychiatrist who lives in Raleigh, told The News & Observer his daughter complained that Hicks, who was a neighbor, hated Muslims. Both his daughters covered their hair with headscarves.

“I find it hard to believe a parking dispute alone would result in an execution-style murder of three people,” added Ibrahim Hooper, spokesman for the Council on American-Islamic Relations, a Washington-based Muslim civil rights and advocacy organization. “There has to be other factors involved.”

Others in the community said it appeared the police were trying to minimize the religious factor in the murder.

“They police say they don’t know yet if it’s a hate crime,” said Anna Bigelow, associate professor of Islamic Studies at N.C. State. “But it’s irresponsible not to account for that possibility. The Muslim community has a legitimate reason to feel vulnerable and to have that vulnerability respected as part of their civil rights.”

This campus-heavy area known as The Triangle has seen heightened tensions in the Muslim community in recent weeks after Duke University announced plans to broadcast the Muslim call to prayer on Fridays from its iconic Duke Chapel bell tower. After unspecified security threats, Duke officials abruptly canceled the plans. A woman places flowers near a building where three young Muslims were killed on Tuesday, in Chapel Hill, North Carolina on February 11, 2015. Craig Stephen Hicks, the gunman who had posted anti-religious messages on Facebook was charged with killing Deah Shaddy Barakat, his wife Yusor Mohammad and Yusor’s sister Razan Mohammad Abu-Salha in what police said on Wednesday was a dispute over parking. Hicks, 46, was charged with three counts of first-degree murder. Photo courtesy of REUTERS/Chris Keane
*Editors: This photo may only be republished with RNS-UNC-MUSLIMS, originally transmitted on February 11, 2015.

Bigelow taught Barakat a class titled “Islam in the Modern World” while he was an undergraduate at N.C. State in Raleigh. She described him as a model student — generous, thoughtful, kind and conscientious.

As a graduate dental student at UNC, Barakat was involved in charity work, building houses for Habitat for Humanity, offering free dental work for poor people in Durham, and raising money for dental services in Syria. A crowdfunding site set up by Barakat to provide dental care for Syrian refugees quickly exceeded its goal on Wednesday of $20,000.

On Dec. 27, he married Yusor Abu-Salha at a Marriott hotel in Raleigh, about 25 miles from Chapel Hill,  with some 300 to 400 guests in attendance. She had just graduated from N.C. State. 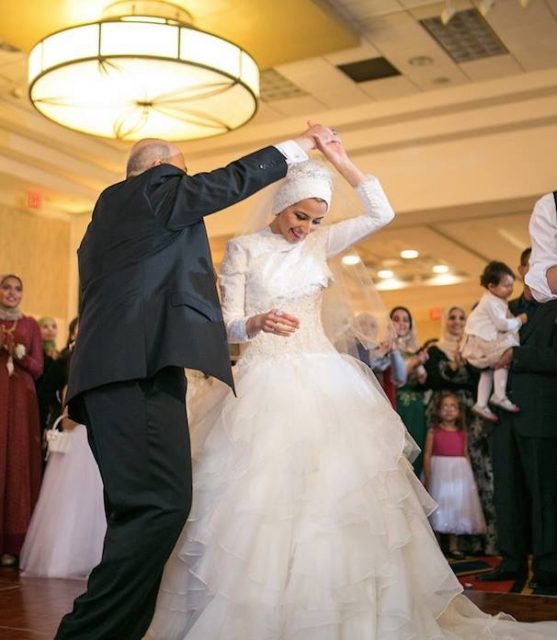 Yusor Mohammad Abu-Salha dances during her wedding at a Marriott hotel in Raleigh, about 25 miles from Chapel Hill. Photo courtesy of Omid Safi

Vigils for the three students were scheduled on the UNC campus on Wednesday night and on the N.C. State University campus in Raleigh on Thursday.

Members of the atheist community quickly condemned the murders and issued condolences to the families.

Harry Shaughnessy, president of the Triangle Freethought Society, said Hicks was not on his organization’s membership rolls and did not attend meetings.

“This is a terrible loss of life and our hearts go out to the victim’s families,” Shaughnessy said.

He added that while some in the atheist community have negative feelings about religion, discussions usually center on gripes against Christianity, not Islam.

“We are deeply disturbed that this individual self-identifies as an atheist,” the society’s statement read.

“They say they hate all religions, but there’s one they particularly hate,” said Omid Safi, director of Duke’s Islamic Studies Center, and a former professor at nearby UNC.

Maher blasted “hundreds of millions” of the world’s Muslims for allegedly supporting the massacre of cartoonists, writers, and editors at Paris’ Charlie Hebdo weekly. Dawkins has also baited Muslims with comments that cast sweeping blame for the attack on an entire religion. On Wednesday, Dawkins denounced the Chapel Hill murders.

Safi drove back to the UNC campus on Wednesday to offer his support to the Muslim students.

“I just want to hug some kids,” he said. “These UNC students are genuinely fearful for their lives. The police can say all they like. These students see this as a hate crime.” 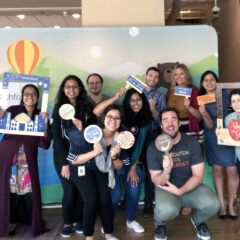