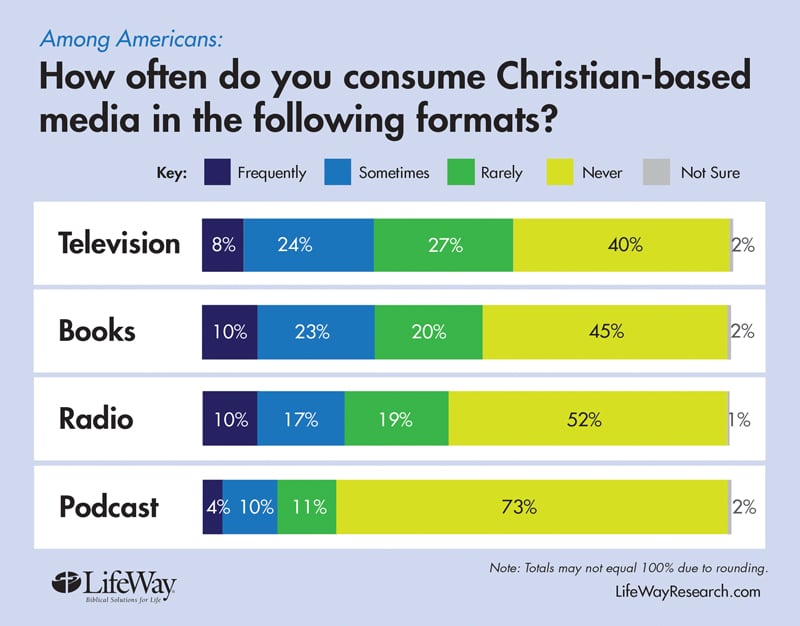 “How often do you consume Christian-based media in the following formats?” graphic courtesy of LifeWay Research

(RNS) All the preaching, teaching, music and entertainment beamed by Christian TV and radio is primarily consumed by evangelicals and weekly churchgoers — the folks most often found in the pews. Meanwhile, 2 in 3 Americans are tuned out, a new survey finds. 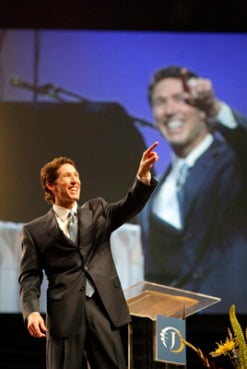 “Most people would be surprised that 1 in 3 of their neighbors is watching Christian TV. Do 1 in 3 watch the nightly news? I don’t think so. It’s an overlooked segment of society that is larger than most people think,” he said.

A look at online use found that 1 in 4 Americans say they watch or listen to Christian programming every week on their computer, phone or tablet.

Fewer than 3 in 10 unchurched people — people who don’t attend worship services — are in the Christian media audience, yet Stetzer still strikes a positive note.

“Even if they rarely or never attend a worship service, they may still be people of faith. For some people, Christian media is their church,” he said.

Among those few who said they turn to Christian media sometimes, many said they only tuned in on religious holidays. That may be good news for NBC, which has timed the release of its “A.D.” miniseries — sequel to Mark Burnett and Roma Downey’s series “The Bible” — for Easter.

Among the phone survey highlights:

Stetzer found it “fascinating” that 14 percent of people are using podcasts, “a medium that didn’t exist 10 years ago.”