What about a man in an ankle-length garment and cotton headscarf carving the air with his skateboard?

Is that a radical Muslim?

Along with shirts bearing the “Radical Muslims” image and a Nike-like swoosh saying “Just Dua It” (dua being nonobligatory Muslim prayer, or supplications), Boston-based Munir Hassan has created an entire line of stereotype-shattering clothing for American Muslims.

In an explicit attempt to flip the script on popular images of Muslims and Islamic symbols, Hassan’s own Sidikii Clothing Co. merges cultures in fashion-forward, Muslim inspired designs.

“I’m Muslim, I’m American. I was born both,” said Hassan. “I wanted to design clothing that showcased different pieces of my culture inclusively.”

Hassan started screen-printing his own shirts a few years ago. When friends, family and people on the street started asking questions about his T-shirts, he launched Sidikii Clothing Co.

In aiming to proclaim “a positive message in a negative space” — the company’s motto — Hassan and his customers are part of a wider stream of media resistance against popular, too often stereotypical, conceptions of Muslims in America. Increasingly, individuals and communities are using billboards, graffiti, music, dancing and clothing to express irony, anger, humor and resistance to the status quo.

Clothing can prove to be a powerful communicator of inner convictions, said David Morgan, chair of the department of religious studies at Duke University. “That is because it is a kind of second skin, the skin you opt for, display openly and use to fit into a social body, a collective reality, that matters to you,” he said.

In the context of Muslim clothing, the stock images of Muslims are black-clad men inflicting terror and women covered in burqas and hijabs.

A 2014 poll by Zogby Analytics found that Arabs and Muslims have the lowest favorability ratings among religious and ethnic groups. In a similar vein, the Pew Research Center found that, along with atheists, Muslims receive the “coolest” feelings from the American public. 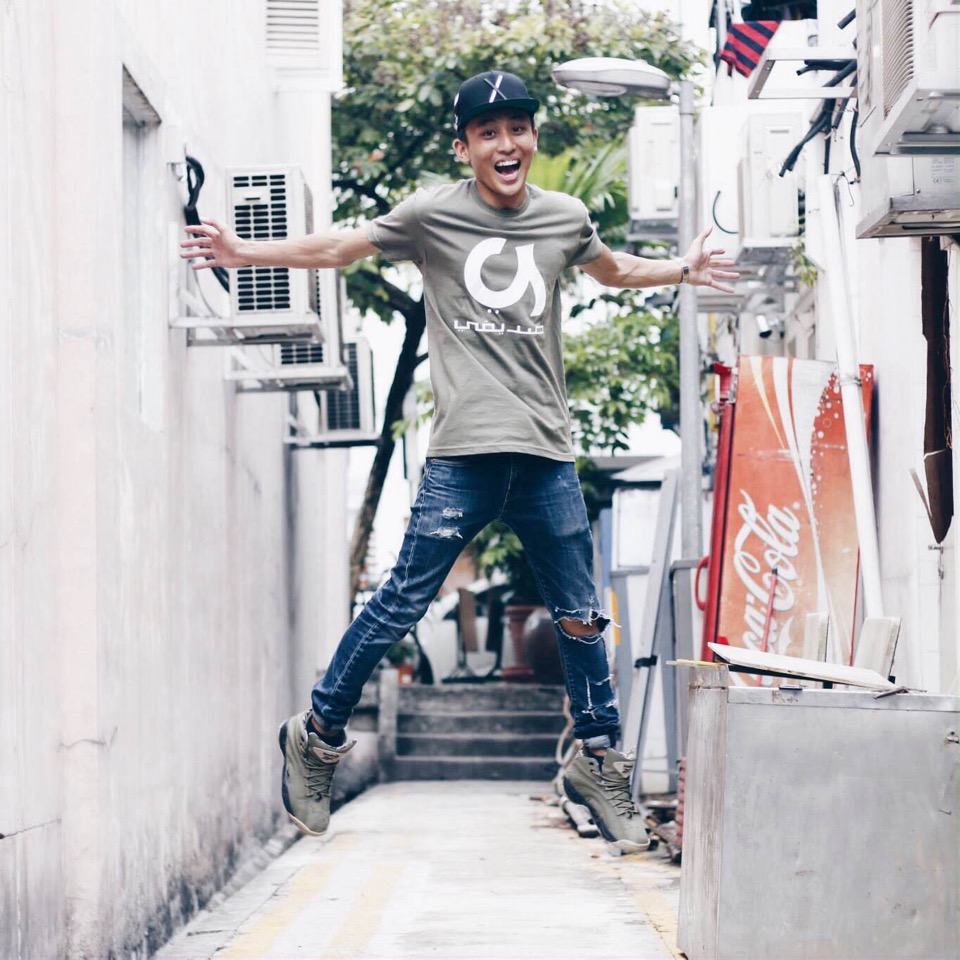 In such an environment, it’s hard to be Muslim and cool at the same time. Sidikii allows Muslim youth to choose clothing that reflects their dual identities.

The company’s clientele are predominantly Muslim, urban and middle-class Americans. When they wear the bright-colored shirts with “pseudo thuluth” — stylized representations of Islamic calligraphy — the modish Muslim motifs invite attention and dialogue.

“People who are not Muslim ask questions and we are able to start a dialogue,” said Hassan. “These designs give American Muslims a voice and tell others, subtly, we are your friends.”

In fact, Hassan explained, the company’s name — Sidikii — is Arabic for “friends.” In combination with the logo for the company, which is the Arabic letter “o,” the company is a call — “O, my friends.”

“It doesn’t matter what the media, your friends or family are telling you,” said Hassan. “Explore who you are and share it with others so that other people can appreciate you, whoever you are.”

News
‘I have to find the Mecca of my heart’: Muslims grieve as hajj is drastically limited
Opinion
My surprising journey to hijab fashion
Coronavirus
Coronavirus restrictions on mosques bring women to the fore
Opinion
Ramadan in the quiet spaces
News
Ismaili TV-streaming platform launches in response to pandemic