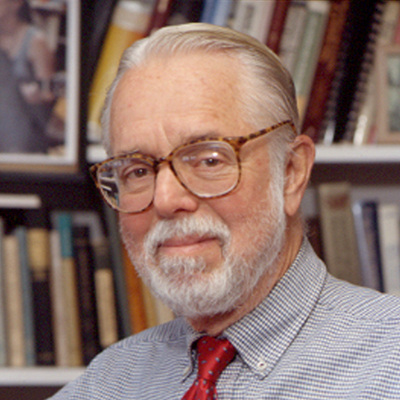 The longtime Harvard Divinity School professor says, “There is no single ‘correct’ way to read the Bible.” But, he argues, some ways are more helpful than others. – Image courtesy of Harvey Cox

Only 36 percent of Americans say they engage the Bible on a daily or weekly basis, even though 6 in 10  claim they want to read it. The disparity is due, in part, to people claiming they don’t understand the language, background, or history of the Bible and feel too busy to sort it all out.

But Harvey Cox, 85, an iconic theologian who taught at Harvard Divinity School for more than four decades, is trying to remedy this. In “How to Read the Bible,” reveals three primary ways of reading the Bible. Many lay people read it devotionally, attempting to extract inspiration and guidance. Bible scholars read it critically, attempting to excavate the meaning through historical and literary approached. Between these two are those who read the Bible contextually, combining criticism with history and spiritual significance. While there is no single right way to read the Scripture, Cox says, some ways are better than others. Here we discuss his thinking and how it can help every day Bible readers.

RNS: You say that the ethos of the 21st century is a mingling of the sacred and secular. Explain.

HC: Not long ago many thoughtful observers confidently predicted that by the end of the 20th century religion would either disappear or shrink to a marginal shadow in a world of science and technological advance. That did not happen. Instead, for blessing and for bane, we have witnessed an unexpected and global resurgence in nearly every religious tradition. Yet key values of the modern secular world such as human rights, democracy and freedom of religion remain powerful, if often threatened. Increasing numbers of people seem able to combine religious and secular elements in their own lives. Many refer to themselves as “spiritual but not religious.” Popular music, films, literature and political movements exhibit both religious and secular qualities. The old sharp opposition between the sacred and secular seems less distinct. Possibly we can now see the former dichotomy as belonging to one passing phase of history and recognize that we now live in a sacred/secular era.

RNS: You talk about reading the Bible as narrative. What does this mean and how is this different from the way most people read it?

HC: Most people do read the Bible as a collection of narratives – legends, stories, history, parables – but some read it as a compilation of moral exhortations and doctrines. Some enjoy its poetry. [tweetable]There is no single “correct” way to read the Bible.[/tweetable] This is, in part, because it contains such a variety of literary genres. Many believe, as I do, that God speaks through the Bible, but the message comes to us through many different voices. In How to Read the Bible, I argue that combining a number of ways of reading it – narrative and historical – can produce the richest, most spiritually rewarding understanding.

RNS: Most lay people have never been trained to read the Bible in a historical context. What advice would you give them?

HC: Knowing something about where a given biblical text was first written, and by whom, and to whom it was originally addressed immensely deepens our appreciation of it. For many centuries this information was just not available. During the past century, textual analysis, archaeology, the comparative study of original documents, and knowledge of the secular history that surrounds and suffuses the biblical texts is now readily available in standard encyclopedias and through search engines. In my book, I have included a series of “Study Tips” to guide readers in what can be an exciting and informative exploration.

RNS: While you encourage reading the Bible in a spiritual/activist framework, you also note that we read our own context into the Bible. How can we do the former without forcing the Bible to say what we want it to?

HC: Everyone who reads any part of the Bible is “coming from somewhere,” and as we read it, we must be aware both of our own context and of the original context of that portion of the Bible. We need to avoid either supposing that we come to the Bible as blank slates (we are not) or ignoring where a given part of the Bible is “coming from.” I advocate what I call a “dialogical approach,” a vigorous give-and-take with the Bible in which we are candid in our hopes and expectations about what we might find, but also allow it to speak in its own voice without importing our own terms into it. In this way, as with any genuine human dialogue, we may hear things we do not like, but we may also find unexpected insights and a deepened awareness.

RNS: You say the Bible wrestles with questions of feminism. How so? Isn’t this a modern question and not one the Biblical writers were asking?

HC: “Feminism” is a modern term but its underlying perspective – that God has created all human beings to share his love and to assume the responsibilities he expects – runs through the entire Bible. It is also a book replete with the stories of strong women such as Hannah, Deborah, Judith, Mary, the followers of Jesus and the several women Paul names as his co-workers in his epistles. One of the most important breakthroughs in recent biblical studies is that women scholars, who for centuries were barred from studying or interpreting the Torah and the Bible, have now entered vigorously into that enterprise. Because their life-context has been different, women scholars have noticed things men have consistently missed.

RNS: You talk about the Bible wrestling with questions of homosexuality? Isn’t the biblical witness overwhelmingly negative on the topic, and how does this inform what it is trying to say to us?

HC: The term “homosexuality” was also unknown to any of the biblical writers. In the current debate, certain verses are often cited without reference to their original social setting or to what the words used meant at the time. In the Hebrew Scriptures, for example, given the hardship of living and high infant mortality, any sexual activity that was not reproductive was viewed with suspicion. The Apostle Paul is mainly concerned with the misuse of sex by the powerful (mainly men) as an expression of domination and inequality. As for Jesus, he says nothing whatever on the subject. Here again careful historical study helps clarify what was at issue when a text was originally written and to what extent that context differs with or overlaps with our own. This kind of careful examination, even if it does not produce an unequivocal solution to current arguments, might cool some of the overheated rhetoric often deployed.

RNS: You say that the Bible is a living, breathing resource that evolves from one generation to the next. Many would counter that the Bible offers universal, timeless truths (e.g. – thou shalt not murder). What say you?

HC: Undoubtedly the Bible points us toward “timeless truths,” but these truths come to us in various languages and worldviews drawn from the many centuries of its composition and collection. On some questions, there appears to be little consistency. You referenced a passage in Exodus in which the God of Mt. Sinai commands his people not to murder. But during the conquest in the book of Joshua, the same God commands them to kill the men, women and children of numerous Canaanite cities. Certain Psalms seem to revel in the killing of enemies. A flat, literalistic reading of these passages can result in frustration and confusion. When we understand when and why, for example, Exodus and Joshua were written, we gain a better grasp of what these words and ideas meant. This will not resolve the question of the death penalty or of participation in wars, but it helps us to appreciate where the other voices are “coming from” and is more constructive than hurling single verses at each other.

RNS: You don’t believe the Bible should be read literally. Is there anything in your book for those who do, except that you hope to change their minds on the matter?

HC: Most people read the Bible, or at least most parts of it, in a more or less literal way. The Bible can also “speak” when read in this way. But to appreciate the full resonance and depth of the Bible in all its parts, and to recognize, for example, when you are reading poetry or parable, history or legend enhances its spiritual power. [tweetable]Insisting on an exclusively literal reading of the Bible seems to deny that God can speak in many different voices.[/tweetable] It is to impose a limitation on God who, as the book of Hebrews says, speaks to us “in many and various ways.”