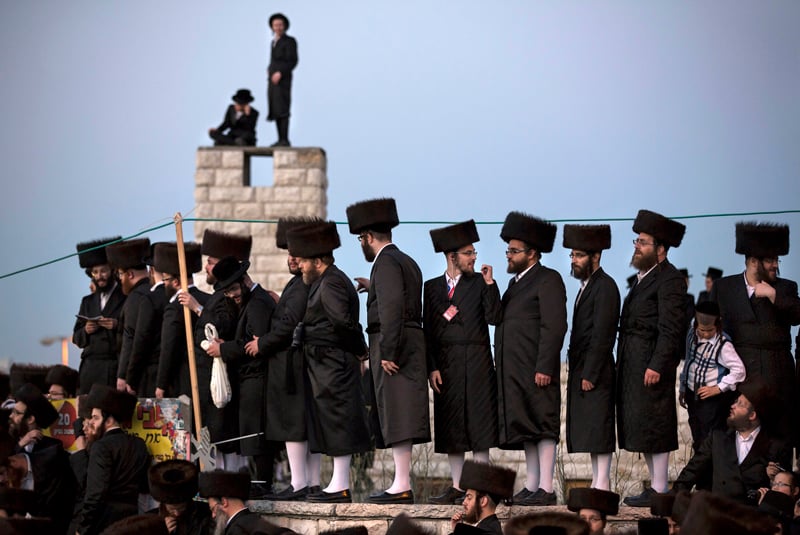 Ultra-Orthodox Jews watch the wedding ceremony of Esther Rokeach and Avraham Safrin (not pictured) in Jerusalem on June 10, 2014. Thousands gathered to celebrate the wedding of Safrin and Rokeach, the granddaughter of the spiritual leader of the Belz Hasidim, which is one of the largest Hasidic movements in the world. Photo courtesy of REUTERS/Baz Ratner
*Editors: This photo may be republished with RNS-BELZ-DRIVE, originally transmitted on June 1, 2015.

CANTERBURY, England (RNS) Two prominent leaders of England’s Jewish community and a representative of the chief rabbi have joined in repudiating rabbis from an ultra-Orthodox Jewish sect in London that have banned women from driving.

Rabbis from the small Belz community have decreed that as of August children would not be allowed to study if their mothers drive them to school.

The decree was motivated out of a desire to keep “the traditional rules of modesty in our camp,” the rabbis said, according to a report in The Jewish Chronicle.

The ban has stunned most Jews in England, who number around 280,000, and the British government has begun an investigation into whether the Belz community is breaching independent schools standards.

But pushback has also come from the larger Jewish community. 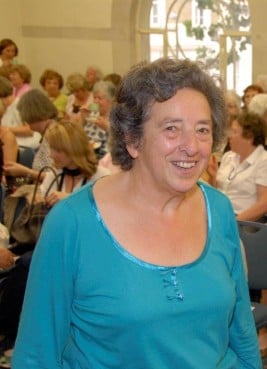 “I find the whole thing abhorrent," said Ella Marks, former president of the League of Jewish Women. “This is not good for the image of Anglo-Jewry.”

Added Rabbi Laura Janner-Klausner, senior rabbi of the Reform Jewish movement: “This is not normative Judaism. Hopefully the decision to stop women driving will be reversed. It’s unsustainable and comes from a place called ‘fear’ -- fear of the changing world.”

A representativie of the office of England's chief rabbi issued a statement saying the Belz decree was “entirely removed from mainstream Jewish practice.”