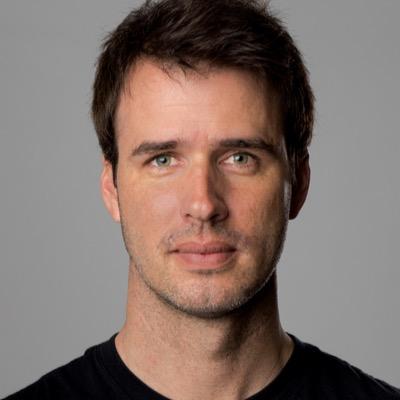 In the early 2000's, Jamie Tworkowski's posted a story on MySpace to help fund treatment for his friend Renee who was struggling with depression, addiction, and suicidal thoughts. The post was peppered with religious language, boldly claiming that "God works in love, speaks in love, is revealed in love" and even speaking of friendship as "the Body of Christ coming alive" to meet needs.

Tworkowski blinked, and the post went viral, eventually morphing into a national movement fighting suicide and addiction under the name "To Write Love On Her Arms" (TWLOHA).

Today, the organization has risen to national prominence and raises awareness about these issues and inspires hope through apparel, a feature film, and a new book. TWOLA was named Mashable's "Must Follow Non-Profit" in 2010 and was awarded $1 million by the American Giving Awards in 2011. But while Tworkowski's zeal for TWLOHA's mission remains strong, he says he wrestles more with faith now than when he started. Here, we discuss his book, "If you Feel Too Much: Thoughts on Things Found and Lost and Hoped For", and how his spirituality has changed over time.

RNS: You are writing to people who experience profound depression and despair. How will this book offer them hope in ways your previous work hasn't?

JT: This book is a collection of my writing from the last 10 years. If someone has a favorite piece of mine, there's a good chance it's in this book. I also tell stories that people haven't heard before. After Hurricane Katrina, for example, I had the privilege of spending two days inside the Houston Astrodome, basically just sitting and talking with people who had evacuated from New Orleans. This was before TWLOHA started. I write about my time there, about what I saw and felt, and the people and stories I encountered. Overall, I realized I had written a lot that I was proud of, and I wanted the best of that writing to end up in a book. For me, it's sort of like these are my songs and the best ones are finally ending up on an album. RNS: You talk a lot about honesty as one of the keys to freedom in life. How do people often fail to get honest about their own lives and what's the answer to embracing a greater level of honesty in the everyday?

RNS: You don't talk much about your faith in public, but from what I understand, you are a person of deep faith. How does your faith inform how you see the world?

JT: I have a lot more questions now compared to 10 years ago. I say "I don't know" more, and I'm okay with that. But I still believe in a God who made me and loves me, a God who designed me to know and love other people, and to be known and loved by other people.

RNS: Do you think faith better equips people to address and overcome problems such as depression, anxiety, and suicidal thoughts?

JT: That's a tough one, because often times, "people of faith" do a very poor job of addressing these issues. An example from my own life would be me dealing with my first girlfriend years ago. She struggled with depression, and I thought I just needed to pray for her. In reality, I didn't understand what she was dealing with, and I did more harm than good. Since then, I've become a big fan of counseling and medicine. No matter what someone believes or doesn't believe, if a person is struggling, professional help is a great place to start.

RNS: Why is talking about suicide so taboo today--even in a society that claims to value authenticity?

JT: I would like to think it's changing. I watched the Oscars and in two of the speeches, people talked about suicide. It was beautiful to see. Overall, yes, there's still a stigma and a lot of silence, but we all have a story and a voice, so we can all play a part in challenging the stigma and breaking the silence.

RNS: What do you hope people will take away from reading If You Feel Too Much?