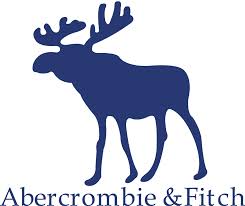 Yesterday’s 8-1 Supreme Court ruling that Abercrombie & Fitch violated employment law in declining to hire a hijab-wearing Muslim woman could be the most important Free Exercise case in a quarter-century — even though it’s not, strictly speaking, about Free Exercise. That’s because in his majority opinion, Justice Antonin Scalia abandons his claim that policies that are not intended to discriminate on religious grounds cannot be held to be discriminatory.

Back in 1990, Scalia set Free Exercise jurisprudence on its ear when, in Employment Division v. Smith, he rounded up four other justices behind the position that individuals could not claim a violation of their constitutional right to free exercise against a “neutral law of general applicability” — that is, against a law that does not aim to discriminate against a religious practice and which applies to everyone.

In EEOC v. Abercrombie, Scalia wrote for a nearly unanimous court in favor of the view that Abercrombie’s preppy dress code, which precluded headgear-wearing employees (i.e. a neutral and generally applicable rule), violated Title VII of the 1964 Civil Rights Act when it was used to deny employment to a Muslim woman who was understood to be wearing a headscarf for religious reasons. Justice Samuel Alito, who’s made something of a career of pushing back against Smith, went further than the rest of the majority, taking the position that “an employer’s failure to make a reasonable accommodation is not an element that the plaintiff must prove”; i.e. that there was no need to show that Abercrombie managers were aware of the religious basis of the would-be employee’s attire.

As Noah Feldman acidly points out in a good discussion of the decision over at Bloomberg, “To understand why Scalia didn’t want to go as far as Alito, you have to think back to when conservatives didn’t like minorities, including religious minorities, to seek exemptions from general rules.” That was then. Now we are in an era when the religious minorities are Catholic and evangelical Protestant individuals and institutions that want exemptions from neutral and generally applicable health insurance and anti-discrimination laws. The Religious Freedom Restoration Acts, about which there has been such fuss lately, would never have been put in place but for Smith.

In Abercrombie, the only dissenter was Clarence Thomas, who maintained the old Scalia line: “Unlike the majority, I adhere to what I had thought before today was an undisputed proposition: Mere application of a neutral policy cannot constitute ‘intentional discrimination.'” To be sure, Scalia did not abandon his position on neutrality in so many words, writing: “Abercrombie’s argument that a neutral policy cannot constitute ‘intentional discrimination’ may make sense in other contexts.” But Thomas didn’t doubt, nor should we, that Scalia and almost all his colleagues have turned their backs on the Smith rule.
The question is: When will they apply their new/old understanding of religious discrimination to the First Amendment itself? Thus far, conservatives on the Court seem to have been reluctant to reverse Smith for fear of offending Scalia. Now that he’s given up the fight, the reversal could come as early as this month, when the justices deliver their much-awaited final word on same-sex marriage.
Share
Tweet
Share
Reddit
Flip
Email
Posted in
Ethics Opinion Spiritual Politics