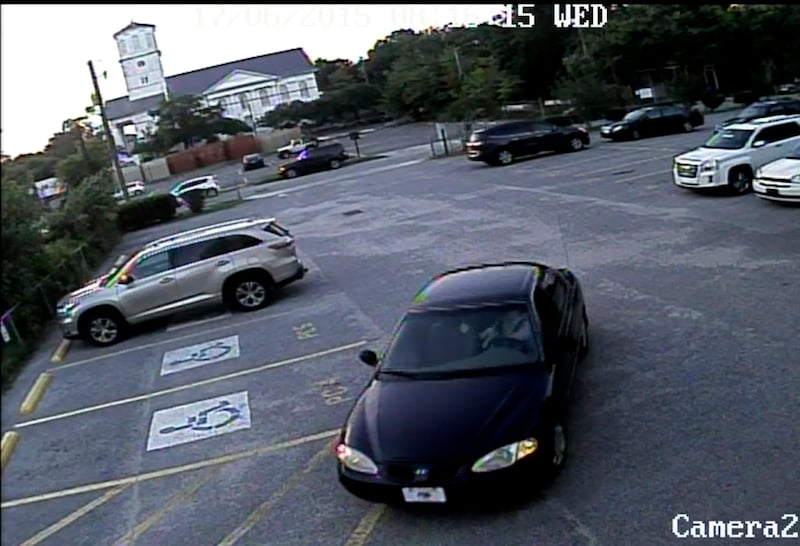 North Carolina florist Debbie Dills tipped police how to find the Charleston shooting suspect who was driving this car. But she gives all credit to God. Charleston police handout CCTV photo courtesy of Reuters

(RNS) People may think Debbie Dills is a hero, but she says God alone should get the credit.

The woman who spotted, reported, and followed the vehicle driven by Dylann Roof first heard the news of the Charleston, S.C., church shooting after attending services at her small, Southern Baptist church in rural North Carolina. The next day, as the florist was running late for work and praying for the grieving families, she spotted Roof’s vehicle and noticed the South Carolina license plate. Once she recognized Roof’s haircut, she realized she was following the alleged shooter. Dills called her boss, who called the police, and continued to follow the car until Roof was apprehended at a traffic stop down the road.

Many words come to mind when we think of Dills: 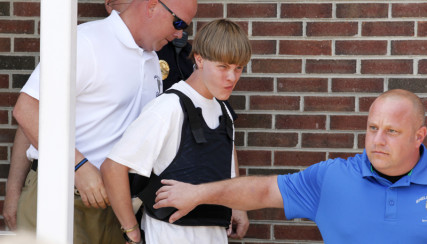 Police lead suspected shooter Dylann Roof, 21, into the courthouse in Shelby, North Carolina, on June 18, 2015. Roof, a 21-year-old with a criminal record, is accused of killing nine people at a Bible-study meeting in a historic African-American church in Charleston, South Carolina, in an attack U.S. officials are investigating as a hate crime. REUTERS/Jason Miczek
*Editors: This photo may only be republished with RNS-WAX-COMMENTARY, originally transmitted on June 19, 2015.

courageous, compassionate, a Good Samaritan. But Dills uses the word “vessel.” That’s a biblical word that indicates she saw herself as “an instrument” in the hands of God. “It was Him from the time I left my house this morning. It was Him that made me look at that car. It was God who made this happen,” she told CNN. “God heard the prayers of those people.”

Giving credit to God is a common occurrence in our day, from the celebrities who thank Jesus after receiving an award to the athletes who bend a knee after a touchdown. But these cultural expressions of gratitude to God are just that — cultural. They are usually little more than a brief nod to a higher power.

In contrast, Dills’ expression of gratitude is deeply theological. Underneath her deflection of glory is a robust

confidence that the world is governed by a sovereign God whose ways we may not always understand, but whose ultimate purposes are good. This God is active in the world, restraining evil and unleashing good, often through ordinary followers of Jesus who trust him and dedicate themselves to his will.

While she was praying for the victims in Charleston and for the perpetrator to be caught, she suddenly realized that God was going to answer that latter prayer through her. And in that moment, her God-given compassion blossomed into God-given courage.

It was no accident that Dills was running late for work; it was not a coincidence that she got a close look at that car. “It was God who made this happen,” she said. Her willingness to get involved, even while placing herself at risk, was rooted in her belief that God is at work around her and that, this time, he was going to do his work through her obedience.

The religious landscape of the United States is changing, with fewer people identifying as Christian. More and more people have adopted an essentially deistic vision of God, the idea that there is a higher power that rarely, if ever, intervenes in human affairs.

Dills doesn’t see God that way. She believes in a God who loves the world and sent his Son to die for sinful humanity and be raised to new life. And all across America are believers like her — from the small Southern Baptist Convention church where Dills leads the music, to the historic African Methodist Episcopal church that became the setting of unspeakable tragedy.

Interestingly enough, the AME church’s name is Emanuel, which means “God is with us.” It’s one of the names we give to Jesus, whose death on the cross is the intersection of sin and righteousness, justice and judgment, evil and good. Because we see God at work in the crucifixion of a first-century Messiah, we see his power to overcome evil with good everywhere else.

And all across America are people like Debbie Dills who say, “Amen.”