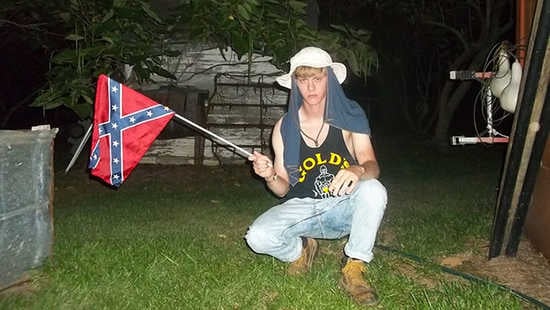 The Confederate Battle Flag will not fly much longer on the grounds of the South Carolina state capitol, where it has flown since it was dislodged from the capitol itself 15 years ago. The state’s political establishment wants it gone, and doubtless it soon will be. What is to be hoped is that its removal signals the end of the mythical republic for which it stands.

In the years after the Civil War, the battle flag became the emblem of the Religion of the Lost Cause, which white southerners embraced not only to legitimate and ennoble their disastrous struggle to maintain their right to own other people, but also to create the myth of an antebellum golden age of genteel manners, Christian piety, and happy slaves.

The battle flag should be “honored as the consecrated emblem of an heroic epoch,” declared Randolph McKim, a Confederate veteran and Episcopal priest who was one of the group of Southern ministers who helped create this civil religion. As historian Charles Reagan Wilson writes in his book Baptized in Blood: The Religion of the Lost Cause,1865-1920:

The ministers saw little difference between their religious and cultural values, and they promoted the link by creating Lost Cause ritualistic forms that celebrated their regional mythological and theological beliefs. They used the Lost Cause to warn Southerners of their decline from past virtue, to promote moral reform, to encourage conversion to Christianity, and to educate the young in Southern traditions.

Critical to Lost Cause religion is the conviction that the Civil War was not about slavery, and that white Southerners were victims. “There are those of us who have ancestors that fought and spilled blood on the side of the South when they were fighting for states’ rights, and we don’t want our ancestors relegated to the ash heaps of history,” Lee Bright, a state senator from Spartenburg who opposes removal of the flag, told the New York Times. “Through the years, the heroes of the South have been slandered, maligned and misrepresented, and this is a further activity in that.”

In fact, the heroes of the South were celebrated in such iconic manifestations of American popular culture as “The Birth of a Nation” and “Gone with the Wind.” And whoever doubts that states rights is still being used to deny rights to disfavored minorities should review the Alabama Supreme Court’s recent ruling on same-sex marriage.

During the civil rights era, the battle flag became the official symbol of political resistance, as Southern states redesigned their flags to incorporate it. It was in 1962 that South Carolina began flying it in Columbia. This history underscores the validity of last week’s Supreme Court decision in Walker v. Sons of  Confederate Veterans, which determined that messages on license plates are government speech, and that therefore Texas had the right to refuse to create plates with the battle flag on it.

As Justice Stephen Breyer wrote in his majority opinion: “Indeed, a person who displays a message on a Texas license plate likely intends to convey to the public that the State has endorsed that message. If not, the individual could simply display the message in question in larger letters on a bumper sticker right next to the plate. But the individual prefers a license plate design to the purely private speech expressed through bumper stickers. That may well be because Texas’s license plate designs convey government agreement with the message displayed.” Precisely.

As the unholy creation of white Christian ministers, it is fitting that the Religion of the Lost Cause should come to an end with a devotee murdering black Christians in a church in the city where the Civil War began. On the 150th anniversary of its creation, let that be Dylann Roof’s legacy.