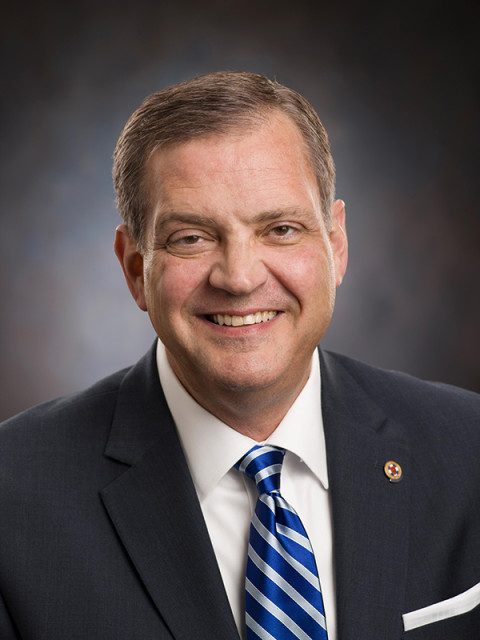 (RNS) Evangelical leaders spoke out against “reparative” mental health therapy for LGBT people Tuesday (Oct. 6) but still called on them to “change,” saying that only through faith in Jesus could they find “wholeness and holiness.”

The Association of Certified Biblical Counselors and the Council on Biblical Manhood and Womanhood, meeting this week at Southern Baptist Theological Seminary in Louisville, Ky., the flagship school of the Southern Baptist Convention, have been under fire from LGBT activists for failing to condemn reparative therapy, sometimes also called “conversion” therapy.

Oregon, California, New Jersey and the District of Columbia now prohibit licensed therapists from attempting to change the sexual orientation or gender identity of a minor. However, the Biblical Counselors group, as religious advisers, are not necessarily subject to those bans.

READ: How evangelicals’ flip-flop on ex-gay therapy can actually improve their credibility

Dozens of activists from the Fairness Campaign, a Louisville LGBT advocacy group, have been demonstrating near the campus, saying reparative therapy increases the rate of depression and suicide in the LGBT community and objecting to religious calls to “change.”

In a joint press conference Tuesday, the Rev. Albert Mohler, president of the seminary, and Heath Lambert, ACBC executive director, said psychological therapy, including reparative therapy, is a “superficial” response to the “struggle” people face in dealing with same-sex attraction and transgender identity.

A joint statement later released by Mohler and Lambert still used the language of “change” and “repair” for LGBT people who, Mohler said, can only find “wholeness and holiness” through faith in Jesus.

In an interview Tuesday, Mohler said his view is not new: “I don’t think repair comes any way other than through redemption. I have been consistent through the years in saying reparative therapy is not the way to go.”

However, columnist Jonathan Merritt points out that, in 2004, Mohler lamented the American Psychological Association’s condemnation of  reparative therapy and “transformational ministry.” Back then, he called the APA’s push for others to accept science’s findings on sexual orientation a “final insult” to traditionalists.

On Tuesday, Mohler said: “We are not saying homosexuality can’t change or shouldn’t change. This is not something that can be reduced to deciding or choosing an object of sexual attraction. That’s simplistic and a sin against those who are in the struggle (with sexual attraction and gender identity).”

Every person struggling with sin — whether it’s pride or anger or sexual attraction — faces the same kind of battle, Mohler added. Only the gospel promises transformation because it can “make us desire things we have never desired before and it will give us progressively the ability to follow him in obedience.”

He dismissed the argument by LGBT activists that they, too, can be faithful Christians.

Lambert, who is also associate professor of biblical counseling at Southern Seminary, said in the press statement that the conference will demonstrate for ministers and counselors a “Christian compassion” for those “struggling with homosexuality and gender identity.”

People who accept an LGBT identity and do not struggle to be different are not going to be heard from in Louisville.

All speakers were required to agree to a statement that rejects “that a human being could possess a gender other than the one indicated by biological sex.”

Lambert told RNS before the conference, “We’re in a culture where Christians are the only ones that can teach moral sanity in the midst of the moral craziness we’re in.”