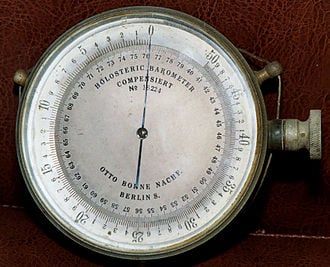 Eighteen percent of American Catholics say they’ve heard Pope Francis’ views on global warming discussed at least a little in church, as compared to 28 percent who say they haven’t heard a thing. Fifteen percent aren’t sure. Forty-five percent — presumably those who don’t go to church — say the question doesn’t apply to them.

But news of the pope’s views has reached 56 percent of them via the media. Six percent say these have influenced their own views a lot; six percent, some; and 23 percent, a little. Overall, the percentage of American Catholics who are certain that global warming is happening has increased from 31 percent to 44 percent since last Spring.

These findings come from “The Francis Effect,” a new study conducted by climate change information centers at Yale and George Mason universities. Based on a nationally representative panel survey — some 1,000 people asked questions in the Spring and the Fall — the study suggests that the pope’s widely covered environmental encyclical Laudato Si’ has significantly increased Catholics’ awareness of and concern about climate change — and perhaps other Americans’ too.

Since the Spring, the proportion of Catholics inclined to believe that global warming is happening has increased from two-thirds to three-quarters. That’s much higher than for both evangelicals (52 percent) and non-evangelical Protestants (60 percent). In the population as a whole, the proportion of believers in global warming has grown from 62 percent to 66 percent.

To be sure, Francis has not been alone in sounding the alarm about climate change this year. But in the chorus of scientists, activists, religious leaders, and politicians, he’s been the soloist. More than anyone else’s, his is the voice that’s been heard.