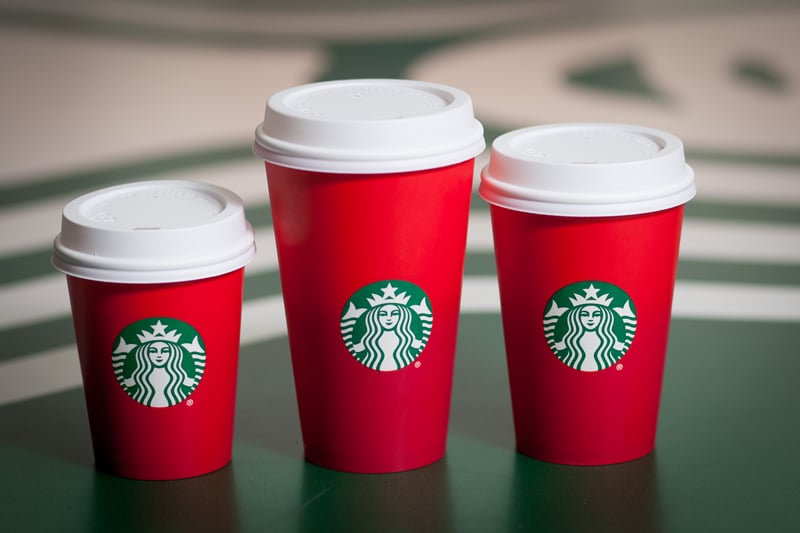 People on social media are responding to criticism that Starbucks is waging a war on Christmas with this year’s plain red holiday cup. The latest hot hashtag has a simple message: #ItsJustACup.

Starbucks said the unadorned cup allows customers to put their unique drawings and message on it, but some argued it’s one more way that companies are stripping the Christmas message from the holiday season.

Josua Feuerstein, an Arizona-based evangelist, posted a Facebook video on Nov. 5, accusing the coffee giant of removing the Christmas pattern because the company “hates Jesus.”

The video had been viewed more than 15 million times as of Wednesday.

“Do you realize that Starbucks wanted to take Christ and Christmas off of their brand new cups?” Feuerstein asked. “That’s why they’re just plain red.”

Earlier this week, many used the hashtag #MerryChristmasStarbucks to slam the company on Twitter.

The controversy extended beyond the Internet and into the realm of politics on Nov. 9, when Republican presidential candidate Donald Trump even weighed in, suggesting that maybe there should be a boycott against the company.

In response to the continuing debate over the cup, many are now using the hashtag #ItsJustACup to point out there are many bigger issues people should be focusing on.

Others noted that Christians shouldn’t feel like they are turning their back on Christmas because #ItsJustACup.

I was saved by Jesus, not a latte. A cup doesn’t determine Christmas. You do. #IStandWithStarbucks #ItsJustACup pic.twitter.com/v98Gm3KKfR — • Amanda Woodward • (@hey_its_manders) November 10, 2015

A Christian SHOULD be the least offended person you know. It is called being full of grace. #ItsJustACup Matt 5:38-42

And a few noted that a boycott on Starbucks could result in shorter lines. Ah, silver linings.

The more people who boycott Starbucks the less people in front of me online drinking my holiday lattes so ???? #ItsJustACup — Lil Sebastian (@mermaidbunny_) November 10, 2015

Perhaps the solution lies in a new design?