Steve Peck is one of those renaissance people that make me sit back in wonder. His day job is as a scientist—he’s an associate professor of biology at Brigham Young University—but he also writes award-winning novels and poetry and short stories and many other things.

Along the way he’s penned some spectacular essays. In his new book Evolving Faith: Wanderings of a Mormon Biologist, Peck brings together twelve of his essays on science. Some are endearingly personal, some more technical; all are thought-provoking. Last week, I caught up with Steve about Mormons and evolution, one of the main themes of the book. — JKR 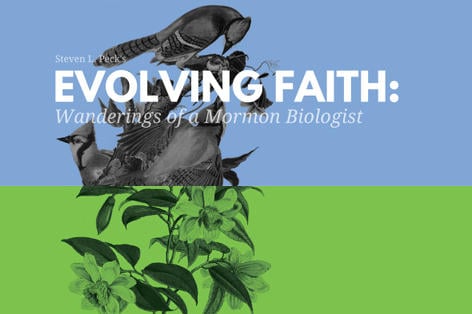 RNS: BYU teaches evolution. Some people might think that’s a contradiction in terms, but why? Where did some Mormons get the idea that evolution was not compatible with belief?

Peck: I think what’s happened is that it’s been culturally embedded that evolution is not OK, because there were very vocal church leaders like Bruce R. McConkie and Joseph Fielding Smith who were unapologetically anti-evolution. Their perspective has pretty much become the dominant view in some corners of Mormonism, like among some from CES [the Church Education System], where you still see it today from time to time.

So even though the Church has no official opinion on evolution, there’s still a widely held belief that it’s not OK. A guy in my ward even told me that if evolution were true, it would be taught at BYU.

RNS: Do you think this anti-evolution attitude is changing at all?

Peck: I do, actually. It’s changed very significantly since I was an undergraduate. When I was fresh off my mission, I was as seeped in the anti-evolutionary Mormon world as you can get. When I was a student here at BYU in 1980 to 1986 there was a lot of acrimony between the biology and religion departments. That’s not the case anymore.

I was once told by my Pearl of Great Price religion teacher that I was going to hell for believing in evolution. And he didn’t seem to mean the nice Mormon hell; he meant the fire and brimstone hell. The Mormon hell was too good for the likes of me.

In the 1990s the biology and religion departments BYU put together an evolution packet, which had several statements like that the important thing is that we’re spirit children of our Heavenly Father, and the origin of the body doesn’t matter very much. So today, evolution doesn’t seem to be as much of an issue with the new students coming in. There are exceptions of course.

RNS: Does it help to have Elder Henry B. Eyring in the Quorum of the 12?

Peck: I’ve never heard him say anything about it, actually, but I may have just missed it. His dad [Princeton University scientist Henry Eyring] was clearly an evolutionist, and would even argue with Joseph Fielding Smith about it. And they were friends. But I’ve never read anything about Elder Eyring’s views, and I’ve never sensed any animosity either. He could be working behind the scenes I suppose, and smoothing things over.

If one of the Twelve said something that suggested evolution could be true, the whole debate would melt away. I don’t expect anything, though, and in a way I like it like this and think it is appropriate. I don’t mind that they don’t talk about science. I don’t think it’s in their interest to do that, so I don’t expect it or look for it. I think commenting on it would take keeping up with all the current things. Elder Scott used to talk about it. He seemed very knowledgeable about science and has talked about quarks, for example. But the General Authorities’ general silence on the topic of science is unsurprising and probably appropriate because of their role.

RNS: You point out in the book that science is built upon consensus, and it struck me that this is very different from the Mormon idea of individual revelation, especially prophetic revelation, which we see as almost magical. I wonder how much of ordinary Mormons’ suspicion of science is due to this competing epistemology.

Peck: The one thing about science, and this probably does make Mormons uncomfortable, is that it’s completely open to revision. That idea that “once true, always true” just isn’t a part of science. There are things like evolution that are on such solid ground that it would take a stunning event to overturn them, something like finding an alien spacecraft with DNA in it from a Precambrian geologic strata. Science is always open to revision, and that’s how it makes progress. Mistakes are corrected; errors are discovered and dealt with. It’s a constant re-evaluation about what you know and how you know it. And that’s not the way Mormons do things with revelation. 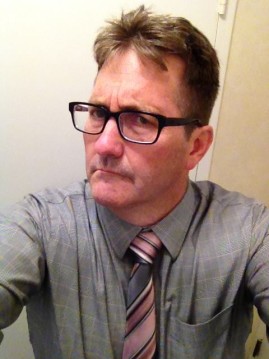 RNS: How does that square with beliefs about the Bible?

Peck: One thing I really do like about revelation is its grounding in scripture. I love the idea of having texts that are sacred. Every age has to reinterpret the scriptures according to their light and knowledge. It’s unacceptable to take a modern scientific viewpoint and try to pretend that the ancient Hebrews had that same view. I like the idea of having the standard of scripture that’s solid and canonical, but also reexamining it in every age with our discoveries and our knowledge. We have to bring all that to bear in our reading of the scriptures.

The scientific equivalent for me is that nature itself becomes the text. We have to reexamine it in every age, but there is that ontology that we don’t expect to differ. Mountains will come and go, but the fact that mountains follow these particular laws of nature will remain.

What do those natural laws tell us about God?

Peck: I don’t like the idea of trying to read off the attributes of God from what we see in nature like early natural theologians did. This can backfire because much of what we see in nature is horrific, cruel, and inefficient. Darwin came from a tradition that looked only at the beauty of nature, and when he came to really examine it, reading off the attributes of God became problematic for him.

I think our knowledge of God comes from scriptures, revelation, and our personal encounters with God. I especially dislike modern incarnations of natural theology like the intelligent design model. Their view that God must constantly intervene in evolution runs counter to the facts of evolution and really adds nothing to the story. They argue for a very magical view of God rather than one who uses laws. Their view is more like the Harry Potter potions master trying to get the potion exactly right by constantly tampering with the concoction. I like instead the idea of a God who just said “Go” and everything followed from there.

I think God only enters the universe through our consciousness. He doesn’t stop boulders that are rolling down the mountain towards a school bus. He tries to get through to the driver or some other person. Any time I’ve ever been helped or blessed in life, it’s been because of people receiving inspiration. When I had a wreck on my honeymoon, the first two people on the scene just happened to be EMTs who had felt, as they left their house, that they should pack all their gear. They saved our lives.