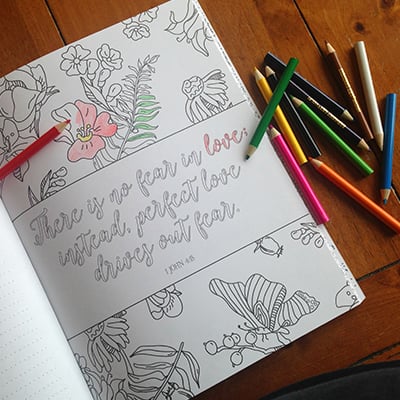 Christian authors and publishers are getting into the coloring book game just in time for Christmas. In addition to therapeutic benefits, these products claim to offer a groundbreaking way to engage the Bible and memorize scripture passages. - Image courtesy of Margaret Feinberg
December 15, 2015
Jonathan Merritt 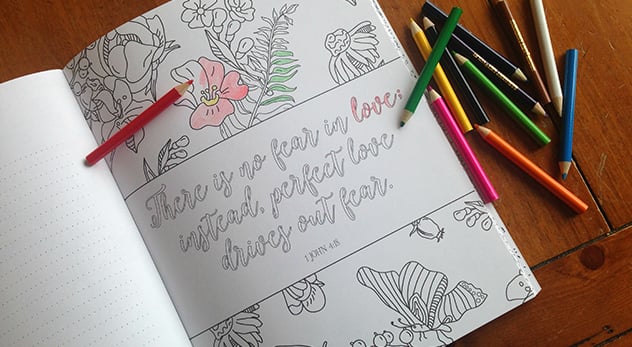 Christian authors and publishers are getting into the coloring book game just in time for Christmas. In addition to therapeutic benefits, these products claim to offer a groundbreaking way to engage the Bible and memorize scripture passages. - Image courtesy of Margaret Feinberg

This Christmas, kids aren’t the only ones asking Santa for coloring books.

Publishers Weekly reports, “Coloring books for adults are this year’s surprise smash hit category and they’re gaining steam heading into the gift-buying season.” Johanna Bradford's 2013 Secret Garden has sold nearly half a million copies this year, and her newest book, Lost Ocean, sold more than 55,000 copies the week it released. All of Publishers Weekly's top five bestselling titles in paperback are coloring books for adults. 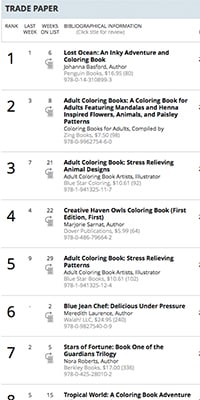 The reported benefits of coloring books include relaxation and meditation, and as Religion News Service reported earlier this year, many have spiritual themes. But now Christian authors and publishers are getting into the coloring book game--and just in time for Christmas. In addition to therapeutic benefits, they claim coloring books provide a fresh way to engage the Bible and memorize scripture passages.

Margaret Feinberg, a prominent Christian author and friend of mine, released Live Loved: An Adult Coloring Book on November 17. She first noticed the trend in adult coloring books this past summer, but was surprised that many of them borrowed from non-Christian religions. Several popular products in this genre make use of Mandalas, which are ritual symbols utilized by Indian religions. There is a Bhagavad Gita coloring book for Hindus and a Star of David coloring book for Jews. And one product gives Buddhists space to color "Buddhas, deities, and enlightened masters."

"I noticed many coloring books were using Eastern religions as the core of their designs," she says. "But why should non-Christians have all the fun? If people are already using these for spiritual purposes, I thought that they could also be used to help people reflect on the truth and beauty of God’s word."

Feinberg tested the idea in her own life first. For years, she had developed a practice of meditating on a list of Bible passages for five to 10 minutes each day. So she substituted her list with coloring pages that blended images with Bible passages. The new practice proved more effective.

"I noticed immediately that using coloring as a devotional practice slowed me down while I engaged with the scripture," she says. "Plus, it was way more fun."

Though Feinberg has sold nearly a million copies of her many books over the course of her career, she says this product has the potential to become her bestselling title to date. Feinberg's Live Loved has already found significant success. It has been ranked in first place in its category on Amazon, and big box retailers like Walmart and Target are selling it. She is already under contract with Bethany House, a Christian publisher based in Grand Rapids, Michigan to release additional coloring books--Live Free and Live Fearless--in 2016.

Bethany House and Feinberg aren't the only Christians in publishing who are releasing adult coloring books. Harvest House Publishers in Oregon is releasing a slate of titles including, Color the Psalms and Color the Names of God. Waterbrook Multnomah, a division of Penguin Random House that focuses on Christian books, has released Whatever is Lovely. Zondervan, an publishing imprint within Harper Collins Christian, has released Inspiring Words and more than half a dozen others. Sales of Christian books have been on the rise over the last year or more, and that trend will only accelerate if these coloring books resonate broadly with Christian consumers.

As with every Christmas, presents will soon pile underneath lighted trees across America. But this year, more than a few Christian publishers are ho-ho-hoping that some of those packages will contain their adult coloring books.