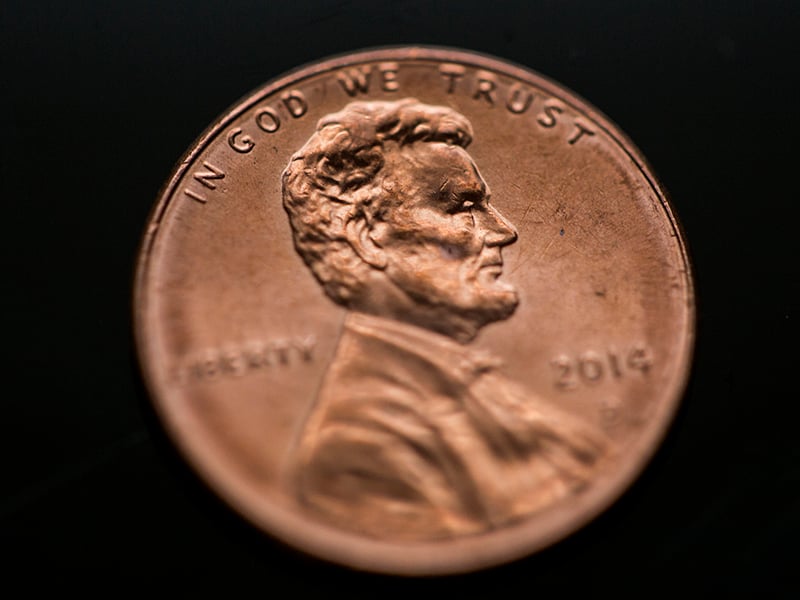 “In God We Trust” appears on a penny. Religion News Service photo by Sally Morrow

(RNS) A California atheist who once argued against the Pledge of Allegiance before the Supreme Court has launched a federal legal challenge to the phrase “In God We Trust” on American currency.

Michael Newdow, 62, a Sacramento-based emergency-room doctor, filed a federal lawsuit seeking to strip reference to God from paper money and coins in an Ohio court earlier this month. Newdow claims the motto is a violation of his religious freedom.

In placing the motto “In God We Trust“ on American currency, the U.S. government has “substantially burdened” atheists and others “to personally bear a religious message that is the antithesis of what they consider to be religious truth,” the lawsuit claims on behalf of 41 plaintiffs, including parents, children and atheist groups and individuals. 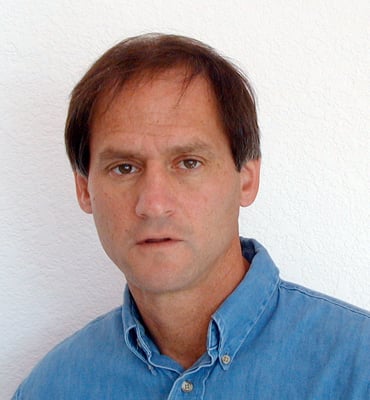 (RNS) California atheist Michael Newdow, who gained fame and notoriety for trying to take “under God” out of the Pledge of Allegiance, is continuing his legal efforts, this time targeting “In God We Trust” on U.S. currency. RNS file photo courtesy of Michael Newdow

Newdow — who is also an attorney — has unsuccessfully sought to have the phrase removed before. But in those attempts, his argument relied on the First Amendment protection from the governmental establishment of religion. This time, Newdow is basing his case on the Religious Freedom Restoration Act, or RFRA, a 1993 law designed to protect the exercise of free religion.

This challenge is significant because it adopts the same argument employed by Hobby Lobby in its successful battle against the Affordable Care Act in 2014. In that case — Burwell v. Hobby Lobby Stores — the Christian owners of Hobby Lobby claimed that RFRA prevented the government from requiring them to provide certain health care services, such as some forms of birth control, to their employees because those contraceptives violated their Christian faith. The Supreme Court ruled 5-4 in Hobby Lobby’s favor.

But will courts do the same for Newdow?

Garrett Epps, a professor of law at the University of Baltimore who writes about constitutional law for The Atlantic, is skeptical. He said he is “mystified” by the argument that “In God We Trust” is a burden on religious freedom.

“It is hard for me to see how … having a nickel in your pocket is a terrible burden on your religious practices,” he said. “Unless Michael Newdow can explain that to me it is hard to see him getting anywhere with this.”

In the case filing, Newdow devotes six pages to arguing that “In God We Trust” is a burden to atheists and other nonbelievers. He argues the phrase is based on the Bible, a book the plaintiffs do not believe in, and that is amounts to a statement of belief that is “the antithesis of the Plaintiffs’ religious ideals.”

Newdow first challenged “In God We Trust” about 10 years ago. A federal judge then rejected his argument, saying the phrase is more a secular motto than a religious affirmation.

Newdow has also unsuccessfully challenged the use of “So help me God” in the presidential oath of office, which a federal judge rejected on similar grounds — that it is more secular than religious.

In 2004,  Newdow argued before the Supreme Court for the removal of  “under God” in the Pledge of Allegiance on the grounds that its recitation by his daughter in school violated his freedom as an atheist. In an unusual move, Newdow presented his own case in oral arguments, in the case known as Elk Grove Unified School District v. Newdow. Court-watchers at the time generally gave him glowing reviews for his performance.

But he lost that case, too, on what justices call “standing” — that because he was not the custodial parent of his daughter, he did not have legal grounds for bringing the case.

“In God We Trust” first appeared on American coins in 1864, at the height of the Civil War. President Lincoln’s secretary of the Treasury, Salmon Chase, acted after receiving a letter from a Pennsylvania minister seeking some recognition of God in a national motto.

Congress voted to place the phrase on all U.S. currency in 1955 — in the middle of the Cold War against “godless communism,” the same time “under God” first appeared in the pledge. Different groups and individuals have been contesting both for decades, but none as relentlessly as Newdow.

“I don’t think there is any question that I am right,” Newdow told RNS in 2010. “I am going to keep fighting, hopefully winning, and getting the government to do what it is supposed to do, which is (provide) equal protection for all religious views.” Spiritual Politics
When it comes to abortion, no one’s right is absolute
Follow us on Facebook!
Submit your photos to RNS