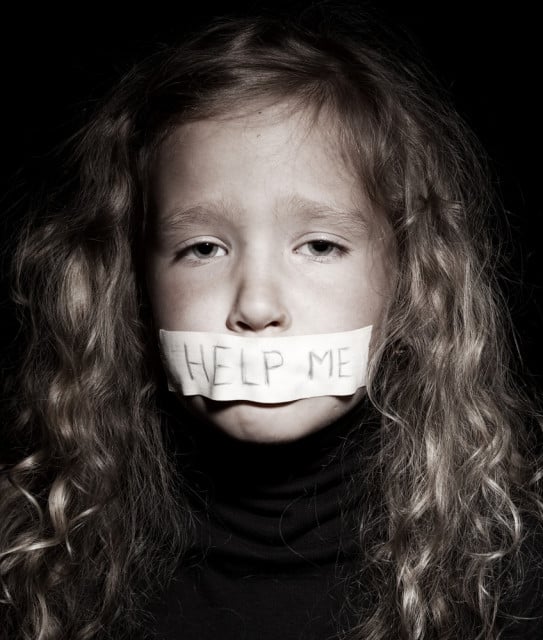 Yesterday the LDS Church added a resource to the Mormon Newsroom called “Effectiveness of Church Approach to Preventing Child Abuse.” (* See end of post for an update on this resource.)

It has ignited something of a firestorm.

The statement was apparently first written in 2010 by Von G. Keetch, who was at that time chief outside legal counsel for the Church and is now a Seventy. Elder Keetch has represented the Church in several cases about child and sexual abuse.

We might think that such experience would position him to speak frankly about the problems that the LDS Church, like many other religious organizations, has experienced with members and leaders abusing children. Given that the Mormon-dominated state of Utah now ranks fifth in the United States for cases of child abuse—and the highest of any state for child sexual abuse—it’s clear that there is a real dilemma here.

Yet you wouldn’t know that from the statement. Some choice lines:

Really? That’s what we’re going with?

Why is the Church recycling this statement now? My guess is that the alarming case of the San Diego abuser “Mr. Wonder,” which has been in the news over the last week, has put the Church on the defensive. This man fled Louisiana in 1979 when officials there had a warrant for his arrest on charges of child sexual abuse. He has eluded capture for nearly four decades, first in Brazil and then in California.

I’m not sure how the LDS Church in California could be expected to know this man’s history and discipline him for it, since he changed his name and forged an entirely new identity after fleeing Louisiana. I don’t think it’s really fair to accuse the Church of mishandling this.

But the question is: if the Church had known the history in this particular case, what would it have done? There have been enough examples of local LDS leaders—who are not, like other clergy members, professionally trained in how to deal with child and sexual abuse—sweeping matters under the rug that it’s entirely reasonable for us to wonder.

What’s especially weird about the “Effectiveness” statement is that it’s factually incorrect on several key points. These are enumerated blow by blow in an excellent response on Feminist Mormon Housewives, but let me recap a few of the most glaring errors.

No, Mormons are not leading the charge here. It’s disappointing that an LDS statement would make sweeping and self-aggrandizing generalizations to the effect that “child abuse by clergy may be a problem in other religions, but it’s never a problem with us, no sir! And if it were, our church has the absolute best practices and policies in place for addressing it.”

This is just insulting. Many other faiths are way ahead of us on this score: See here for the 2012 PC(USA) policy statement “We Won’t Let It Happen Here: Creating a Child Safe Church,” building on earlier General Assembly resolutions dating back to 1991. Here is the policy in Reform Judaism. Here is the Child Protection Policy in the ELCA. Heck, even the Southern Baptists, that loosest of confederations, have now adopted a centralized policy on child abuse. We could go on and on about the proactive ways that other faiths are getting out in front of this issue.

Note one feature that all of these religions have urged to bolster child protection: background checks for every person who works closely with children and youth. So far, Mormon leaders have not followed this lead.

No, “preventing and responding to child abuse” is not “the subject of a regular lesson during Sunday meetings.” Where does this assertion even come from? I’ve never been in a church meeting that was devoted to issues like learning the signs of abuse, counseling victims, documenting cases, and reporting suspicions to the police. And I sure don’t see this in our Sunday curriculum.

No, we don’t have a policy that prohibits an adult male from ever being alone with a minor. The so-called “two-deep” policy the “Effectiveness” statement boasts of isn’t mentioned anywhere in the 2010 church handbook for bishops and stake presidents, and in fact that handbook states that “worthiness interviews should be private” (7.1.1). In the section for youth, there’s a mention that parents are encouraged “to stay close to their children and counsel them,” but it’s not clear whether that parental involvement is specifically supposed to occur during a teen’s worthiness interview with the bishop or is just general advice about parents being involved in their kids’ lives (7.1.7).

In practice, I don’t see Mormon parents accompanying their teens for their annual interviews; if this has begun to happen, that’s good news that I’d love to hear more about. (Here’s a powerful post at Doves and Serpents about how inappropriate youth interviews can be, offering concrete recommendations for change.)

No, we don’t always call the authorities. On the contrary, some of the documented cases of Mormon abusers show church leaders keeping quiet about the abuse and encouraging victims to handle it privately, if at all. That’s one of the most disturbing facets of the Frank Curtis case, for example. There’s no record that LDS leaders reported Curtis to the police for the abuse and pedophilia that caused his excommunication. And it gets worse: when an apparently penitent Curtis was later rebaptized, he was given another calling with children!

Overall, it’s strange to me that the “Effectiveness” statement insists on the one hand that there’s nothing to see here, that abuse rarely or never occurs in the Church, while on the other puts forward an equally vociferous insistence that LDS authorities have addressed the problem dozens or even hundreds of times from the pulpit.

The second part of that is correct: even a cursory search of the General Conference archives shows the tremendous uptick in mentions of abuse from the 1980s onward.

Mentions of “abuse” in LDS General Conference, 1850-2015. There’s a sharp spike beginning in the 1980s, only some of which can be attributed to language (i.e., a century earlier the same problem would have been referred to as “beating”).

But the reality is that issues only get addressed that often when they are, in fact, issues. Mormon leaders haven’t begun to speak frequently about child abuse because it’s a phantom issue affecting other people in allegedly inferior religions far away; they do so because the problem is already right here in our midst. There are wolves among our sheep.

I would like to see a different kind of statement from the Church, one that acknowledges the real pain of survivors of abuse.

One that says, “Yes, we understand there have been serious problems in the past, which is why we are implementing the following best practices gleaned from the wisdom that modern psychologists, social workers, religious leaders, and police have to offer.”

Instead what this statement offers is flat-out denial coupled with a blame-the-victim mentality and inexplicable claims about all the great things we’ve done to prevent a problem that — did we mention? — never existed among our people anyway.

Update: After posting this I was made aware that the Newsroom just added the following qualifier to this statement:

“The following article was published in 2010. Some bloggers have written that the Church ‘re-released’ this article on February 1, 2016. The article was not intended to be re-released. Because of a technical error on the website, some past articles have been showing up with the current date. Because of that issue, some understandably saw this as a current release from the Church.”

I’m glad to hear that this was a mistake, and I applaud the Church for admitting it. Now can we just take this damaging statement off the official LDS website altogether?