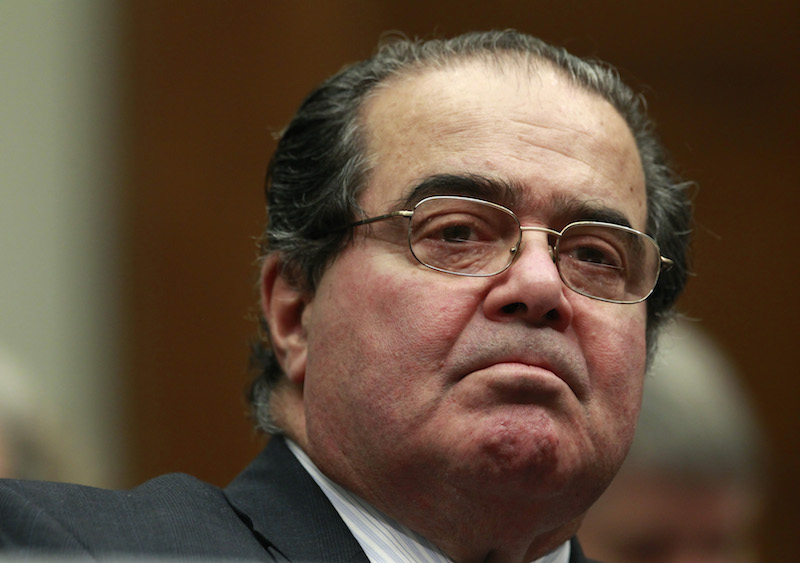 When I learned that legendary Supreme Court Justice Antonin Scalia had died, my first thought was that his loss, a tragedy under any circumstances, is even more so because of the moment’s cultural and political chaos. My second thought, though, was about what Christians can learn from the way Scalia did his work.

That doesn’t mean I agreed with Scalia on everything. I didn’t. His Employment Division of Oregon v. Smith decision, for example, was catastrophic for religious liberty, a situation remedied only by the passage of the Religious Freedom Restoration Act. Still, Scalia stood up persistently for the permanent things. Moreover, there are aspects of his life that even those who completely disagree with him legally or politically could do well to emulate. Most of us will not serve as justices or judges or attorneys, but we can still glean some lessons from this life. Here are a few of them:

1. He stood by his principles.

Scalia held to a particular view of constitutional interpretation, that the meaning of the text is found in the words of the text, defined by their understood meaning at the time of their writing, not in the evolving standards of the country’s moral and legal progress. One can agree or disagree with Scalia on these principles, and one can argue that he occasionally seemed to contradict them. One cannot argue, though, that his work wasn’t informed from start to finish by what he believed about the Constitution and how to interpret it.

The way one can see whether these principles are held genuinely is when the principles conflict with one’s own “side” winning an argument. Scalia was solidly pro-life, but while he disagreed with Roe v. Wade, he didn’t believe the federal government could prohibit states from allowing abortion, since abortion isn’t mentioned in the Constitution. I disagree with him on that, but that’s what he believed and he stood by it. He wrote that he hated flag burning and would outlaw it immediately if he were king, but the First Amendment allowed it. He wasn’t willing to sacrifice his view of the Bill of Rights just to get to an outcome he liked. To do so would mean that he would become the very thing he often criticized: an unelected wielder of a “living” Constitution.

In our context, Christians can tell the principled from the hacks by a similar metric. If your principles change based on whether it helps your “tribe,” then it’s your tribe you believe in, not your principles. Christians who talk about religious liberty, for example, but are silent (or worse) when religious freedom is compromised for unpopular religious minorities, don’t really believe in religious freedom. They believe, at best, in a majoritarian kind of special pleading. They believe, at worst, in the identity politics of victimhood. Principles stand regardless of the politics of the moment. If we stand up for the First Amendment when our side is harmed (and we should), then we should stand up for the First Amendment even when our side will be angry with us for doing so.

2. He could think with the future in view.

Scalia is famous (or infamous, depending on one’s view) for his dissent. They were always punchy, often sarcastic, and very often they predicted the future. He could see how decisions made now would have implications for other decisions later on. He argued, for instance, that the Lawrence v. Texas decision could, as handed down, be used to find a constitutional right to same-sex marriage. Twelve years later, it was. The same scenario played out repeatedly, because he applied his intellect to the logical consistency inherent in decisions made.

This applies to far more than the legal arena. Why were evangelicals so slow to advance the pro-life witness? It’s because we didn’t see ahead of time how cultural moves, including some within the church, could advance an abortion culture. We weren’t ready. Why were evangelicals caught so unawares by the shifting family structures in the United States? It was partly because we didn’t see the price we paid in accommodating the divorce revolution. Will Christians be ready for the challenges we will face from speed-rocketing technology in the years to come? We should see that the most dangerous trends facing us are not the questions being debated on Facebook right now. They are instead the questions we are not debating at all.

3. He could be friends with his opponents.

Scalia was, arguably, the most conservative justice on the high court. He was certainly one of the most combative in print and in argument in history. Even so, he had a strong friendship with liberal Justice Ruth Bader Ginsburg. He famously took Justice Elena Kagan hunting with him. Was this inconsistency? No. This was confidence. He knew that his ideas could prevail, so he didn’t see the persons who opposed him as those to be avoided or shunned. He knew that his convictions were clear, so he didn’t have to play tribal politics by isolating himself within an ideological cocoon.

With the death of Scalia, the Supreme Court will be at the epicenter of American culture wars, again, even more than before. The issues at stake are critically important. But as we think and pray about those things, let’s remember too the life of Scalia, and see what we can learn. That’s especially important in a culture where, as in every culture, the church must often dissent.

(This column originally appeared at the website for Russell Moore, president of the Ethics & Religious Liberty Commission of the Southern Baptist Convention)

Opinion
Amy Coney Barrett’s religion isn’t the problem. It’s her record.
News
Amy Coney Barrett nomination fight leaves progressive Catholics feeling unseen
Opinion
The difference between heroes and martyrs
Opinion
Amy Coney Barrett and the American wars of religion
Opinion
In death, as in life, Ruth Bader Ginsburg balanced being American and Jewish
© Copyright 2020, Religion News Service. All rights reserved. Use of and/or registration on any portion of this site constitutes acceptance of our User Agreement and Privacy Policy, Privacy Statement and Cookie Notice. The material on this site may not be reproduced, distributed, transmitted, cached or otherwise used, except with the prior written permission of Religion News Service.